Who Sang the Most Genesis Songs? Lead Vocal Totals 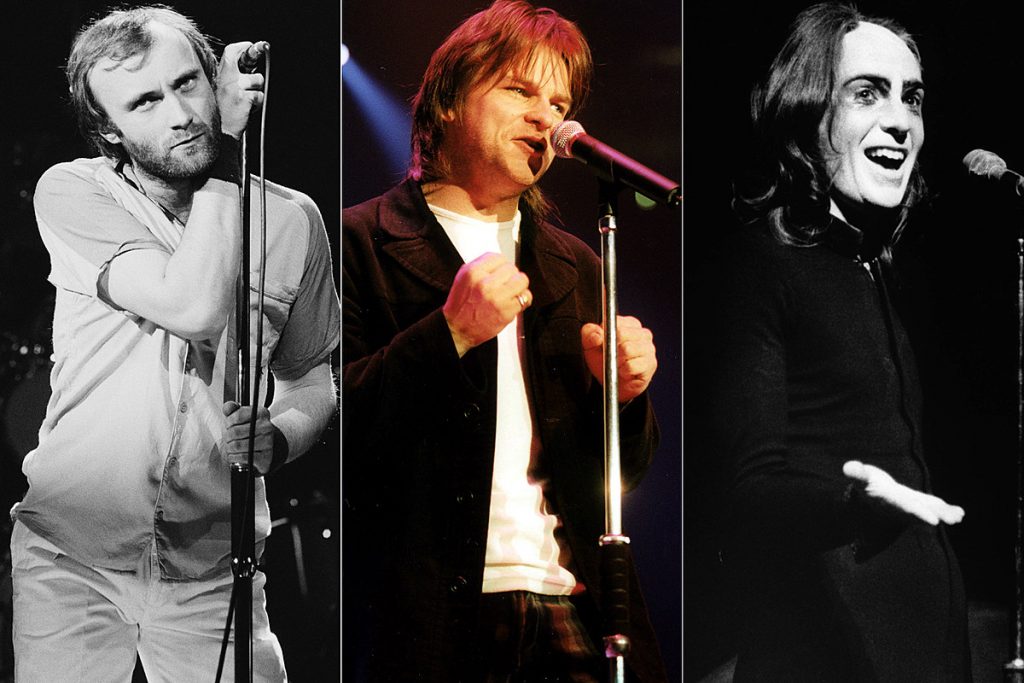 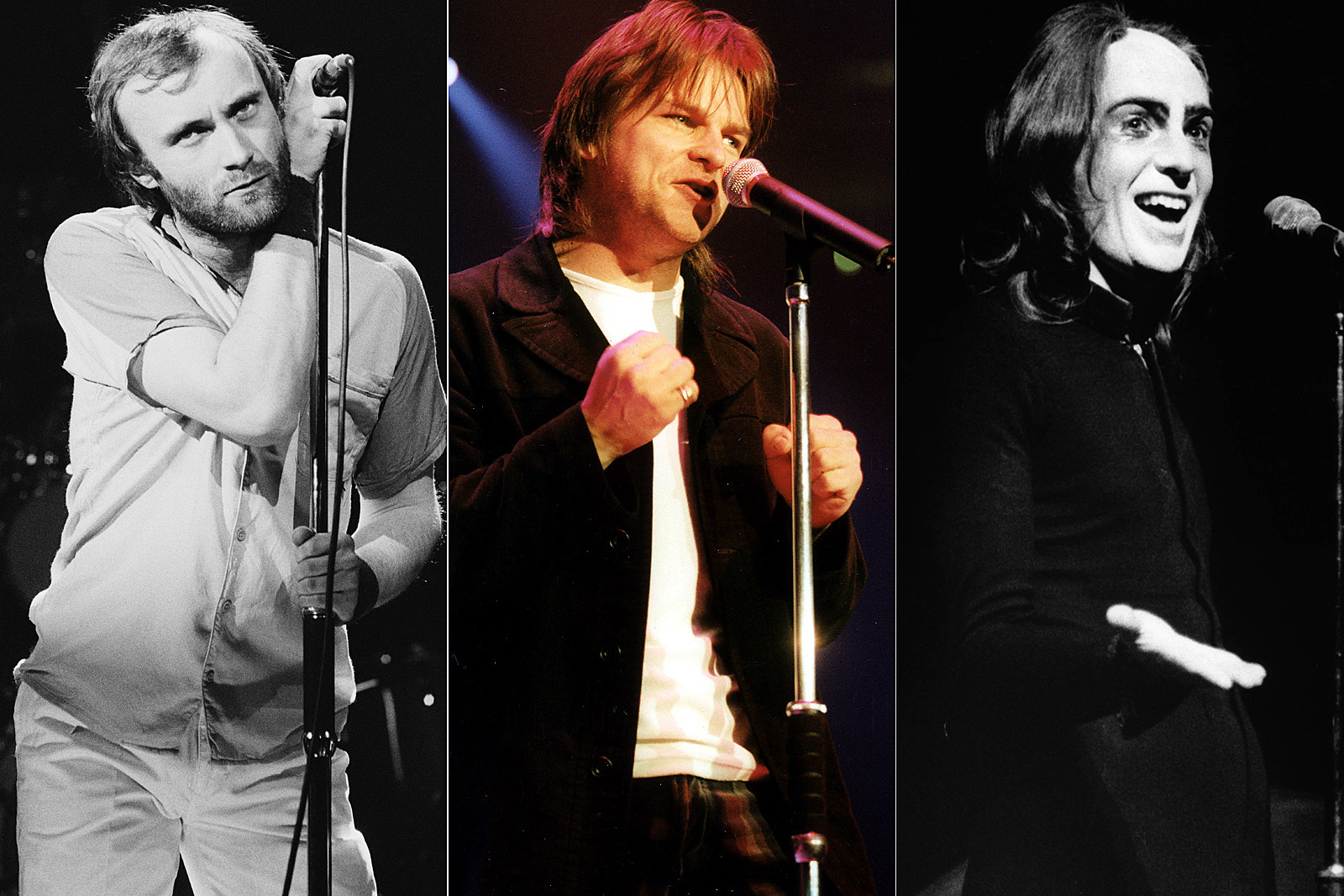 Here’s an experiment: The next time you find yourself at a record store or rock concert (whenever that may be), approach 10 strangers at random and ask, “Who was the lead singer of Genesis?” Several responses are possible: 1) “Wasn’t it the guy with the super high-pitched voice?” (They’d be thinking of Yes frontman Jon Anderson. They’d be wrong.) 2) “Please stop bothering me.” 3) Phil Collins. 4) Peter Gabriel. 5) Ray Wilson.

With all due respect to Wilson, who fronted the band from 1996 to 1998, it’s unlikely he’ll be mentioned in that conversation. For most fans, Genesis were essentially two distinct bands: the Gabriel-fronted prog-rock act that specialized in complex, densely orchestrated epics like “Supper’s Ready” and the Collins-fronted unit that gradually morphed into artful yet radio-friendly hit-makers. Your response to the singer question could indicate much about your taste.

In reality, Genesis made compelling, innovative music in every formation, from their intricate quintet arrangements on their 1974 concept album, The Lamb Lies Down on Broadway, to the slimmed-down trio’s sophisticated pop on Invisible Touch. But it’s worth looking through the catalog and answering the question in a different way: There’s no ultimate Genesis frontman in terms of quality, but what about quantity?

In other words, who sang the most Genesis songs? We explored their full discography to find out, focusing on officially released new tracks: LP and EP cuts, non-album singles and B-sides. We didn’t include any live material, radio sessions or the numerous demos that highlight various box sets.

Gabriel was the lone lead vocalist in the first Genesis incarnation, fronting all 13 of the tunes on their tentative, saccharine and gently psychedelic debut LP. But his voice — a expressive instrument capable of real soulfulness, a rarity in the prog world — glimpsed the promise that would flourish on their next record, Trespass.

Genesis already had one elite frontman, and with Nursery Cryme, they inadvertently gained a second. Phil Collins was hired as a drummer, and his jazzy, lyrical playing — along with the dark atmospheres of newly recruited guitarist Steve Hackett — transformed the band’s sound. But Collins also added another confident voice to the mix: In addition to his tasteful harmonies and backings on tracks like “The Musical Box,” he took the spotlight on the ballad “For Absent Friends” and melded with Gabriel for a two-man lead on “Harlequin” and “Harold the Barrel.”

While Collins’ vocals were a essential presence on Nursery Cryme, the drummer didn’t earn many spotlights on their more extravagant follow-up. His occasional harmonies, backings and subtle top-line doubling add depth and texture. But Foxtrot was an turning point for Gabriel, who fronted each of these songs (outside of Hackett’s instrumental “Horizons”) with supreme confidence and creativity. Who else could pull off both the kooky voices and triumphant belting on the 23-minute masterpiece “Supper’s Ready”?

The two singers employed a more balanced attack on their fifth LP, Selling England By the Pound: Gabriel tackled five tracks on his own (including the majestic “Dancing With the Moonlit Knight”); Collins slipped back into “For Absent Friends” mode on “More Fool Me”; and the duo joined forces for a balanced co-lead on the sublime, psychedelic singalong “I Know What I Like (In Your Wardrobe).”

Peter Gabriel – 19: “The Lamb Lies Down on Broadway,” “Fly on a Windshield,” “Broadway Melody of 1974,” “Cuckoo Cocoon,” “In the Cage,” “The Grand Parade of Lifeless Packaging,” “Back in N.Y.C.,” “Counting Out Time,” “The Carpet Crawlers,” “The Chamber of 32 Doors,” “Lilywhite Lilith,” “Anyway,” “Here Comes the Supernatural Anesthetist,” “The Lamia,” “The Colony of Slippermen,” “The Light Dies Down on Broadway,” “Riding the Scree,” “In the Rapids,” it”
Phil Collins – 2: “Counting Out Time,” “Here Comes the Supernatural Anesthetist”

Gabriel ended his Genesis tenure on the proggiest note possible, crafting an elaborate lyrical concept about the cosmic journey of a character named Rael. Since he wrote almost all of the lyrics, it makes sense that he sang lead on all 19 vocal songs — everything from the swaggering rock of the title-track to the creepy characterizations of “The Colony of Slippermen.” Collins was mostly busy churning out innovative drum performances, but he did slip in a number of prominent harmonies and backing vocals — along with a pair of co-leads on the jovial “Counting Out Time” and the mostly instrumental “Here Comes the Supernatural Anesthetist.”

After Gabriel left Genesis in 1975, the band started a tentative hunt for a new frontman — but after Collins belted out a bruising lead on their new song “Squonk,” his bandmates were convinced they already had one in their ranks. And thus the drummer become a reluctant lead singer on their seventh album, A Track of the Tail, though you couldn’t sense any hesitancy in his performances: Collins commanded all seven of the vocal tracks, including delicate ballads (“Ripples…”) and cinematic rockers (“Dance on a Volcano”).

Wind & Wuthering is the second of two Genesis LPs recorded with their short-lived quartet lineup of Collins, Banks, Rutherford and Hackett. And, fittingly, it feels like an extension of A Track of the Tail, with a slightly dreamier, more Romantic vibe. There are three jazzy instrumentals that showcase the influence of Collins’ work in fusion act Brand X, but many of the vocal tunes showcase his skill in a softer setting: He croons both “Your Own Special Way” and “Afterglow” with the sensitivity of a true balladeer — a skill that would prove important down the road.

Genesis’ widely ignored first EP serves as a coda for the Hackett era, gathering three rejects from Wind & Wuthering: the bouncy “Match of the Day,” banjo-fueled “Pigeons” and mini-epic “Inside and Out.” Collins sings them all with the skill of a now-established frontman, even if the material (with the exception of “Inside and Out”) is obviously second-rate.

After Hackett left the lineup, frustrated with his lack of writing credits, Genesis carried on with the three-piece lineup that brought them their widest commercial success. The first pure glimpse of that pop appeal came on …And Then There Were Three… with tear-jerking, mid-tempo hit “Follow You Follow Me” cracking Billboard’s Hot 100 and — gulp — the Adult Contemporary chart. For “Gabriel forever, Collins never” diehards, the true downslide began here. But it’s not like the drummer was only singing sleek love songs on Three: His vocals punch with the might of a heavyweight boxer on the stuttering prog gem “Down and Out,” and his ghostly falsetto adds mystery to fusion-y centerpiece “The Lady Lies.”

Genesis more seamlessly melded their prog and pop tendencies on Duke: adding a production sparkle to their most intricate moments (closing instrumental “Duke’s End”), adding muso touches to some of the singles (the dizzying time signatures of “Turn It On Again”). Collins, whose solo career was right around the corner, started to exert more influence on the songwriting: He channeled his R&B influence on “Behind the Lines” and “Misunderstanding,” belting with a new level of vigor and soulfulness.

Some New Wave and even — say it ain’t so! — mild punk influence seeped in on Genesis’ 11th LP, which they largely composed as a trio. It’s a bit of a hodgepodge, sonically and vocally: Collins barks gibberish in a bizarre Cockney accent on the grating, repetitive “Who Dunnit?”, moves into balladeer mode on “Like It Or Not” and grooves over the Earth, Wind & Fire horns on the surprisingly funky “No Reply At All.”

The biggest travesty of Genesis’ career — with possibly the exception of Collins’ mid-’80s mullet — is leaving the horn-sweetened “Paperlate” off Abacab in favor of “Who Dunnit?,” a song so intentionally goofy they let Rutherford play drums on the stage version.

By 1983, Genesis were essentially a pop-rock band with occasional, mild flashes of their prog past. But since Collins had developed into one of the most powerful pop-rock singers on the planet, it was a wise and natural evolution: His dynamic vocal on “Mama” is one for the time capsule — an Olympic-level gymnastic feat that builds from a near-whisper to pseudo-rapped interjections to a vocal cord-shredding shriek.

Phil Collins – 7: “Invisible Touch,” “Tonight, Tonight Tonight,” “Land of Confusion,” “In Too Deep,” “Anything She Does,” “Domino,” “Throwing It All Away”

Genesis’ 13th record pushed them from stars to superstars, spawning a series of massive singles (including the bubbly title-track and jittery “Land of Confusion”) and landing at No. 3 on the Billboard 200. Collins, already also well established as a solo artist, navigated all the hits with ease, but he saved two of his centerpiece vocals for the epics “Tonight Tonight Tonight” and “Domino.”

As video evidence proves, no, these dudes really couldn’t dance. But Collins hadn’t lost any of his vocal prowess on his final Genesis LP: belting with devastating force on “No Son of Mine” and the 10-minute epic “Driving the Last Spike,” flaunting his silly side on the lighthearted title-track.

After Collins left Genesis after 26 years in 1996, it shouldn’t have surprised anyone that they stumbled to regroup. For their 15th and likely final album, Banks and Rutherford recruited Scottish alt-rock singer Ray Wilson, who brought a smoky drama missing since the Gabriel era. He wasn’t the problem — it was the songs: Outside of a small handful of moments, including the booming lead single “Congo,” Calling All Stations failed to capture the usual Genesis spark.

Genesis didn’t leave too many tunes in the cupboard, and most of their non-album tracks came out as official B-sides: They wound up with six for Calling All Stations alone, but the buried treasures are mostly from the Collins era — including the delicate “Evidence of Autumn,” which came out on the international edition of concert album Three Sides Live. Two of the band’s finest joint vocals were issued as singles: Gabriel and Collins harmonize with relatively equal balance on the folky “Happy the Man,” and they transform “The Carpet Crawlers” into a modernized, matured duet with the 1999 revamp.