Who Sang the Most Journey Songs? Lead Vocal Totals 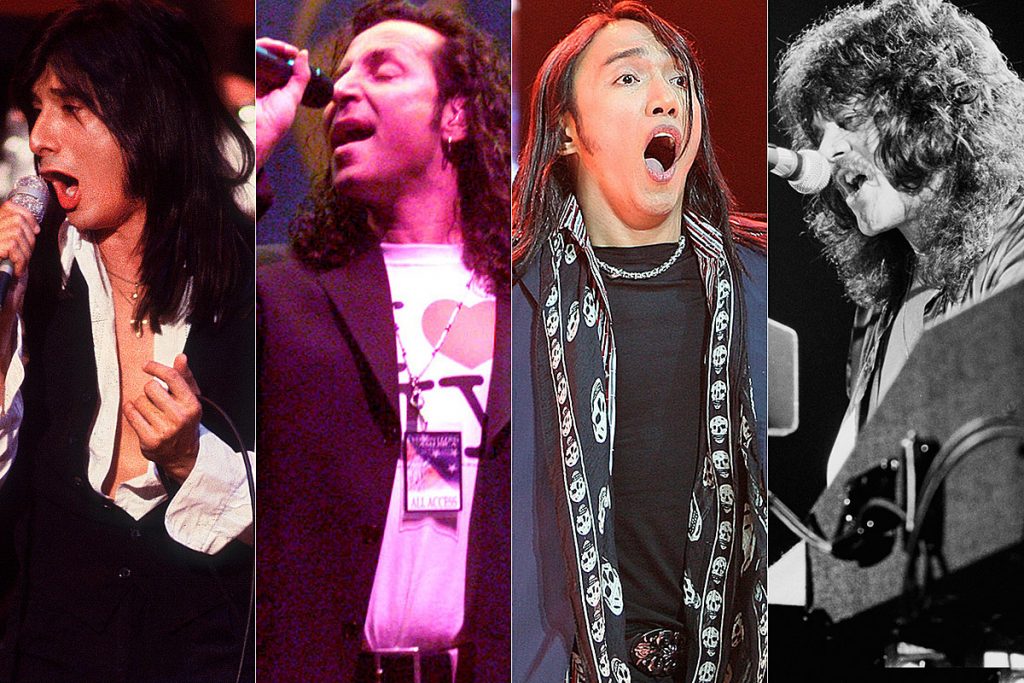 Journey will always be associated most closely with Steve Perry. Over the years, however, they’ve actually had a total of six frontmen. Four other members, including stalwart Neal Schon, have also taken a turn at the mic.

Gregg Rolie (1973-80) was the group’s first singer, though his role quickly diminished when Perry arrived in 1977. Over the next 20 years, Perry would take Journey to unprecedented commercial heights, though it ultimately became an off-and-on relationship: Journey were inactive from 1987-91 and then again until 1995.

A pair of those other lead singers, Robert Fleischman (1977) and Jeff Scott Soto (2006-07), didn’t last long enough to enter the recording studio. Journey also had a second Steve as their singer – Steve Augeri (1998–2006) – before settling in with Arnel Pineda, their longest-tenured frontman, in 2007.

Which one sang the most Journey songs? We dove into their official catalog to find out, focusing on officially released new songs, including B-sides, soundtrack recordings, bonus tracks and a live song that appeared only on 1981’s Captured. We stayed away from re-recordings and in-concert versions of earlier songs, as well as the leftover demos that dotted Journey’s expansive Time3 box set, since those don’t count as original material.

Gregg Rolie – 5: “Of a Lifetime,” “In the Morning Day,” “To Play Some Music,” “In My Lonely Feeling/Conversations” and “Mystery Mountain”

Journey debuted with co-founder Gregg Rolie firmly entrenched as their frontman, but this self-titled debut also made room for two lengthy fusion-rock instrumentals – “Kohoutek” and “Topaz.” The former, co-written by Rolie and Neal Schon, became an in-concert staple for years. Still, these musical flights of fancy ultimately cut into Rolie’s lead-vocal totals, as did Journey’s subsequent decision to showcase other singers.

The best effort from the pre-Perry lineup is also Rolie’s most consistent showcase, with a most-ever eight vocals. Look Into the Future found the band in an appropriately forward-thinking mood, as it took a more song-oriented approach. That said, Journey still unleashed an eight-minute title track – the longest song they’d ever recorded – and the titanic closing song, “I’m Gonna Leave You.”

Rolie began sharing the mic well before Steve Perry arrived, as guitarist Neal Schon takes over for two of his four career lead vocals. They also returned to instrumentals, including “Nickel and Dime” – which manager Herbie Herbert consistently described as the uncredited inspiration for Rush‘s “Tom Sawyer.” It was a sign of things to come: Rolie continued with Journey for five more releases, but never had another solo vocal.

The addition of Perry shifted the vocal focus decisively, as Rolie’s total makes clear. Within just two albums, the new guy almost eclipsed Rolie for career lead songs. In fact, Journey would release eight more records – including a movie soundtrack and a live project – before anyone not named Steve Perry sang another note. Fans responded by sending Infinity to the edge of the Top 20, a best-ever finish at the time.

Rolie shares the mic one last time on the utterly gorgeous “Someday Soon,” but this album’s No. 8 finish had everything to do with Perry’s turn on the radio favorite “Any Way You Want It.” Like both of its predecessors, Departure sold 3 million copies – an impressive figure, but also one that indicated a commercial plateau. Journey issued two place-keeping projects, including a movie soundtrack and a concert recording, while plotting their next move.

This forgotten, mostly instrumental soundtrack included Rolie’s final studio work with the group, but the three tucked-away vocals were all reserved for Perry. Mostly, they indulged in a lot of throwback noodling around. “Little Girl,” the rare moment that tried to connect their updated pop sound, was later included as a bonus track on an expanded reissue of Departure.

Steve Perry – 2: “Dixie Highway” and “The Party’s Over (Hopelessly in Love)”

This live document celebrating Journey’s early years included two previously unreleased songs, both featuring Perry at the mic. Rolie had already exited by the time Captured arrived, so “The Party’s Over” – a new studio addition – featured a different keyboardist: Stevie Roseman later worked with Schon and Valory on solo projects.

Keyboardist Jonathan Cain came over from the Babys to give Journey another creative voice, but he didn’t possess the vocal chops of his predecessor. Steve Perry continued to dominate every subsequent Journey album he appeared on. Together, however, they found another commercial gear as the career-making Escape sold as many copies in the U.S. as Infinity, Evolution and Departure combined.

Journey entered a period of stops and starts. The next trio of albums all sold very well, garnering a total of nine platinum awards, but that only equaled what Escape had done all by itself. A couple of key songs recorded during sessions for Frontiers ended up on contemporary soundtracks, with Journey’s most successful lineup fracturing along the way.

Now trimmed to a core trio of Jonathan Cain, Steve Perry and Neal Schon, Raised on Radio featured drummer Steve Smith on only three of its 11 tracks – and didn’t include co-founding bassist Ross Valory at all. The project ended up producing four Top 20 singles, becoming the fourth of five consecutive Top 10 Journey albums, but a lengthy split followed.

Journey reformed a decade later with their Escape / Frontiers-era lineup intact, scoring a No. 12 hit with the Grammy-nominated “When You Love a Woman.” Unfortunately, the good times wouldn’t last: Perry elected not to take part in a companion tour. Journey decided to move on without him.

Journey found a new guy who could manage the old songs in concert, and he was even named Steve. At the same time, tracks like “All the Way” showed Augeri could maintain the band’s now-signature pop-rock sound. “Higher Place” even recalled some of their proggier early moments. But fans apparently weren’t sold, as Arrival became the first Journey album not to at least go gold since 1977’s Next.

This is a tour-de-force EP for Augeri, who got to show off his vocal prowess on songs that delve into Journey’s career-spanning penchant for jam-band excursions, melodic rock, hard-rocking blues and soaring balladry. (“Walkin’ Away From the Edge” was co-written by an uncredited Geoff Tate from Queensryche.) The only knock is that those four things happen over the course of just four songs.

The underrated Augeri ends his time in Journey with an album where everybody – literally everybody, even bassist Ross Valory – gets a turn at the mic. Augeri managed to eke out a minor hit with “Faith in the Heartland,” but only drummer Deen Castronovo really stands out among the others on Generations. Adding insult to injury for Augeri: This is Journey’s worst-charting U.S. album ever.

Stuck in a commercial dive, Neal Schon turned to YouTube to find Augeri’s replacement. Arnel Pineda, a big-voiced Filipino unknown, ended up becoming Journey’s longest-tenured singer. But not before being asked to redo a whopping 12 previously recorded songs on Revelation, including the very-recent “Faith in the Heartland.” He fared much better on the originals, finally pushing Journey back to platinum-selling status.

Eclipse initially rose to No. 13 on the album chart before everybody realized it lacked enough of the signature ballads that pushed Journey to out-sized fame in the ’80s. Still, Pineda showed he could go toe-to-toe with a resurgent Schon on a series of songs that recalled the furious energy of Journey’s earliest recordings. The album ends, appropriately enough, with an instrumental.