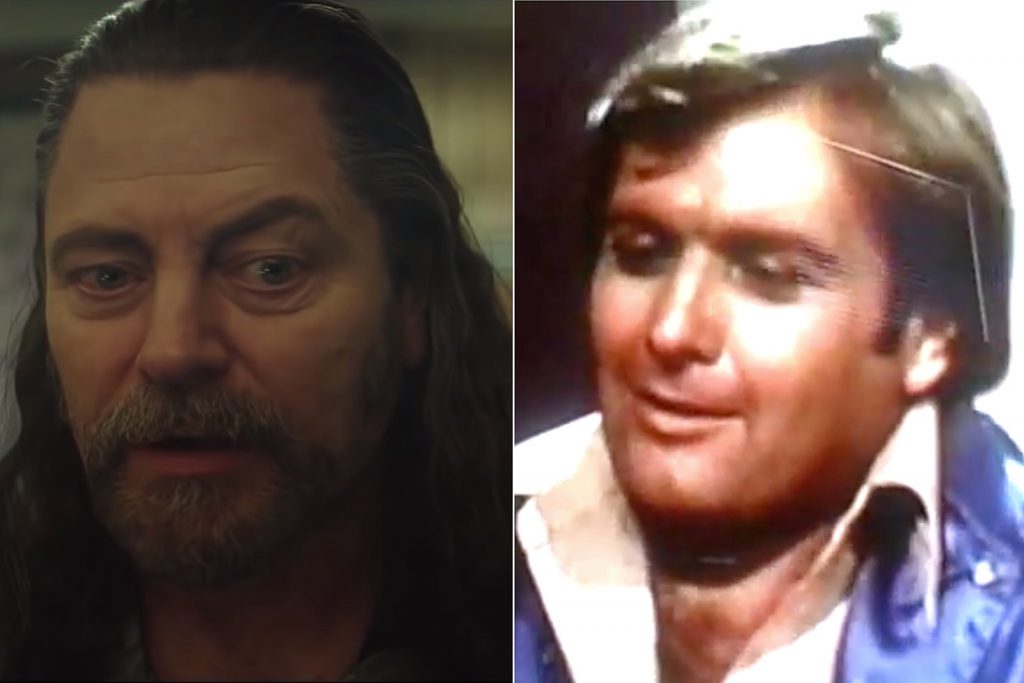 Don’t let the glorious mullet fool you. The man playing Milton Ingley in the new Hulu series Pam & Tommy is none other than actor and comedian Nick Offerman.

The grizzled yet lovable Swanson is a far cry from Offerman’s character in Pam & Tommy. Milton Owen Ingley, aka Michael Morrison, aka Uncle Miltie, was a Texas-born Vietnam veteran who entered the world of pornography in 1977. He appeared in more than 140 adult films, with director Bob Vosse once praising him as “the best stunt-cock in the business.”

In the ‘80s, Ingley moved behind the camera, working as a director and producer on a long list of adult titles and even establishing his own production company, Chandler Studios. Ingley entered the Pam & Tommy orbit when electrician Rand Gauthier (played by Seth Rogen in the series) brought him the stolen sex tape of Pamela Anderson and Tommy Lee. It was Ingley who set up the website pamlee.com, selling copies of the tape for $55 and generating widespread availability of the once-private footage.

Ingley moved to Amsterdam in 1997 and ran the website overseas – a decision that made legal action at the time more difficult for the Lees. He stayed in Europe for seven years before returning to the States, eventually settling in Arizona. The former adult star – who was inducted into both the X-Rated Critics Organization Hall of Fame and the AVN Hall of Fame – died in 2006 at the age of 54.