Why Chicago’s ‘Carnegie Hall’ Album Had ‘Thousands of Problems’ 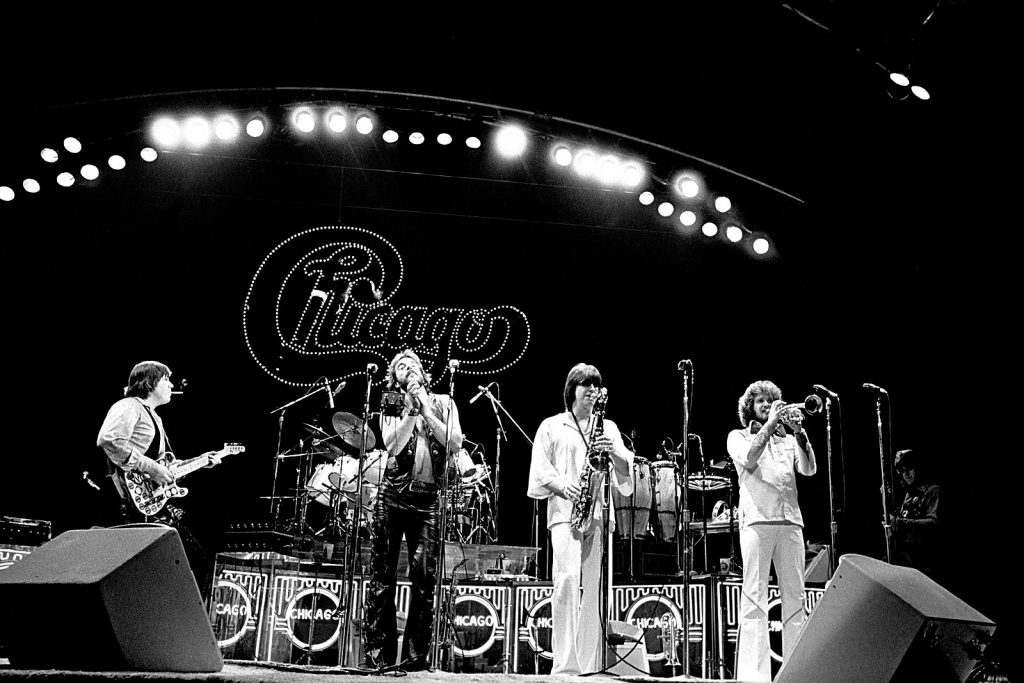 Let’s be clear that Chicago’s 1971 live album from Carnegie Hall never sounded great. In fact, even prior to the internet, you didn’t have to listen too closely to hear disparaging opinions regarding the record from some of the band members themselves.

Trombonist James Pankow famously griped that instead of sounding majestic on album, the horn section had been relegated to playing what seemed like kazoos. “I had the same feelings that Jimmy did,” trumpet player Lee Loughnane, a founding member of the group, tells UCR. “The entire band thought that the album just didn’t sound as good as it should.”

Yet, he softens on his analysis. “We were all wrong. Because it sold a million copies. So everyone loves and still loves that album.”

At the very least, fans and band alike will assess that the album was due for an upgrade. Taking advantage of the technology advances that have occurred across 50 years of time, Loughnane and engineer Tim Jessup have fully remixed all of the shows from a six day run in April of 1971 which found the legendary group playing eight shows in total (including two matinee performances).

Chicago at Carnegie Hall Complete, spread across 16 CDs, puts the fan in the seats, quite literally, for the entire run. The pre-show moments of tuning and all of the banter surrounding the music have been left in.

The future Rock & Roll Hall of Famers played a different set each night, pulling from each of their three albums at that point. With the heavy improv going on, song lengths and structure vary wildly from night to night — which will happen when you have guitarist Terry Kath in your orbit. But really, the same can be said about all of the players here.

There are some production quirks on occasion — Loughnane says during our chat that the recordings became more and more problematic as the week progressed. But without even grading on the curve and considering that these shows were recorded in 1971, 95% of the entire recorded run sounds fantastic. The listening experience will erase any regrets about not having a time machine to go back and see these concerts in person.

The packaging for the set itself replicates in original scale, all of the posters, booklets and other inserts that came with the original release. Essays by David Wild, Jimmy Pardo and Jeff Magid add important color.

As Loughnane was getting ready for a recent Chicago performance in Scranton, Penn., he took some time to discuss the Carnegie Hall project. Edited excerpts of the conversation follow. You can listen to the entire interview at the end of this story.

Out of all of the band members, James Pankow is on record for being especially critical when it comes to the original release of this set. From the outset, how viable did the idea of even doing this seem to you?
I didn’t know what I was going to get involved with. But I had the same feelings that Jimmy did. The entire band thought that the album just didn’t sound as good as it should. We were all wrong, because it sold a million copies anyway. Everybody loved and still loves that album. To mix shows that were never even heard was a bit of a challenge in itself. And then we have to pass the muster of the fans.

What I realized as we started doing this is how good the band actually was playing at the time. We had performance energy. We always loved playing for people. That’s really all we were doing. This was a six day run with eight shows.

After we finished playing it, we never heard it again until it came out as the record. So when we heard it, we went, “Oh man.” [Laughs] We were hoping it would sound better than it did. We were always disappointed that it didn’t sound the way we wanted. 50 years later, the technology exists where you can do things that were not sonically possible in ‘71.

As far as the improv performances that are plentiful throughout this box set. I mean, these shows really showcase how the band could have gone in more of a Grateful Dead or Steely Dan direction long term. In fact, there was an article years back from Robert Lamm, talking about how he has a love-hate relationship with Steely Dan’s Aja, in part because it represented what he thought Chicago should have been doing musically at the time. Why do you think the band did not stay with more of a jazzy improv direction, like we hear here with these Carnegie performances?
Well, the business was changing at the time too. If you remember back in ‘71, the record companies were still paying on unlimited copyrights for an album. You could write a few songs or 15 songs and everyone got paid a correct amount of royalties, whether the royalties have ever been based on the songwriter or the record company, it’s been more to the record company forever.

But anyway, they paid on multiple copyrights. All of the sudden, they decided they were only going to pay 10 copyrights per album. That completely changed the entire business and the way songwriters looked at songs. Because if we wrote 11 or 12 songs, then the songwriter is going to have to start sharing royalties, which were fairly low in the first place, unless you were extremely successful.

I think that materially affected how songwriters wrote. They knew there was only going to be three minutes and thirty seconds on the radio because they weren’t going to play anything longer than that. Of course, until the Beatles came along and did an ending that never stopped repeating itself. [sings section of “Hey Jude”] Paul [McCartney] was screaming over the top of it. And now, the entire audience sings it every night, so it’s great. But that was like a 12 minute ending [or at least it felt like it]. It’s probably seven [minutes] or something like that.

Because they were the Beatles, they knew it was going to get played. We didn’t feel that they would play seven minute endings for us. Maybe they might have. But that’s not the way we went. We started thinking that if you don’t have the audience by the first four or five seconds, they’re going to change the song. We tried to really impact and get someone’s attention quickly.

Did listening to the shows bring out anything that you kind of forgot about?
I remembered a lot about how we were playing songs at the time. And what we were doing on stage and where we were standing. Those things started flooding back in. I remember it being fun. We always had fun doing it. Initially when we started playing Carnegie Hall, we were nervous. We finally settled into getting comfortable with it.

Because once you play a place one or two times, you start getting used to the acoustics, no matter what they are. As you can hear now, you can probably hear through the challenges that we had, because Carnegie Hall just sort of takes over. We had challenges because there were two machines and one of the machines electronically started having problems during the course of the eight shows.

You and Jimmy and Walt Parazaider did not do as much outside session work as one might expect. But as you’ve said, you were so busy as a band. Do you have a good story from the work the three of you did with the Bee Gees?
In Florida. We only did a couple of songs. We did an intro for [sings the lyrics for “Too Much Heaven.”]

“Too Much Heaven.”
Thank you! I can remember the music, but not the title. What was the other song that we played on?

“Search, Find.” Obviously, not one of the better known songs in the Bee Gees catalog. But was it fun hanging out with those guys?
[Laughs] Yeah! You can see how intense they were in the studio. Walt and I didn’t realize that they were checking our tuning. They were sticklers for intonation. They had an oscillating tuner in the studio, so as we played a note, they were seeing if it was in tune or not. They were complimentary to us when we went into the studio to listen.

This list of Chicago albums reminds us once more of the opposing forces that always drove the band.