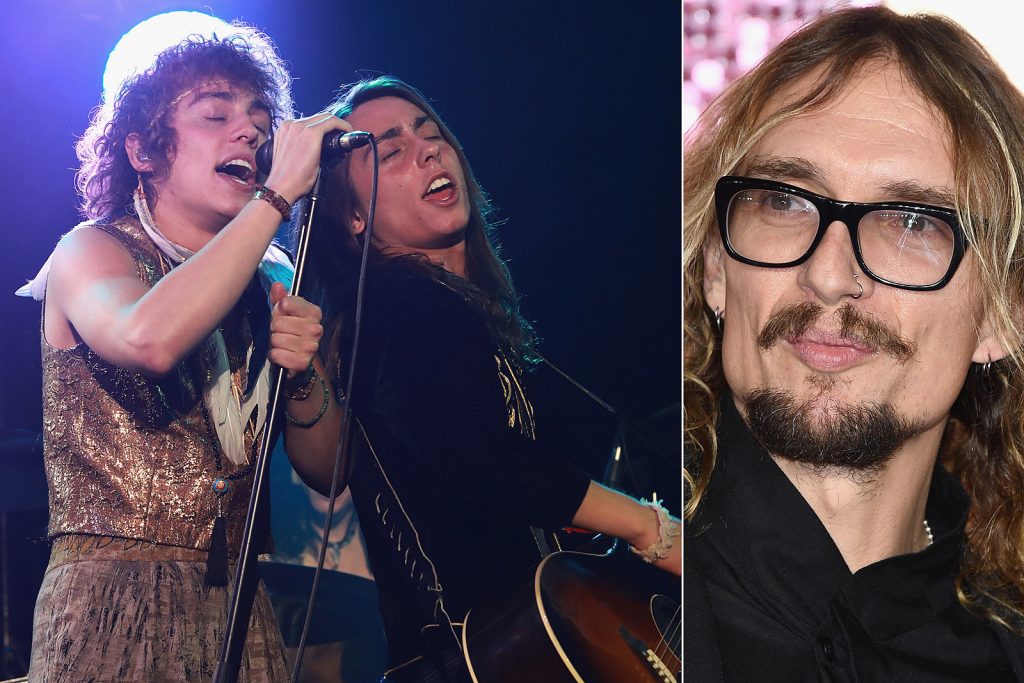 The Darkness frontman Justin Hawkins initially dismissed Greta Van Fleet as a Led Zeppelin tribute band, only later suspecting that they were capable of becoming massive.

“A lot of people have criticized them because it’s very derivative of a certain period of Led Zeppelin’s career,” Hawkins says in a new video, after playing a short section of Greta Van Fleet’s “Highway Tune.” “I don’t think they do themselves any favors when the guitarist plays that riff [and] he does this little bit of choreography … which is straight from the Jimmy Page handbook. I think when you’re trying to establish yourself as an original artist you need to have your own little bit of choreography.”

The video, titled “This is How You Properly Critique Greta Van Fleet,” was uploaded to his YouTube channel, Justin Hawkins Rides Again. It can be seen below.

“I dismissed this band as a tribute act because it seemed to me they only had one influence and it was Led Zeppelin – a certain period of Led Zeppelin,” Hawkins added. “It was the music, obviously the guy’s voice sounds exactly like Robert Plant … and when it’s extended to the way they carry themselves on stage, you really think, ‘Hang on a second, what is the point of this band? … Why wouldn’t I just listen to Led Zeppelin? … There’s enough Led Zeppelin music provided by Led Zeppelin to not need Greta Van Fleet.”

He argued that the main problem was the lack of a second main influence, saying the Darkness had melded AC/DC and Queen. “Drawing influence from more than one source is how music progresses,” Hawkins said.

At the same time, however, he said lead singer Josh Kiszka’s “voice is awesome and I’ve begun to think that’s it’s possibly awesome in its own right. You can’t listen to that guy sing without being excited, unless you’re a little bit dead inside. … When you have a singer like that, then you have the possibility to become great – but you do need to draw from more that one source.”

Hawkins cited “Heat Above” from Greta Van Fleet’s second album, The Battle at Garden’s Gate, as an example of “improvement,” and said the band had started to look more like Queen.

“They look awesome and I feel like he’s using his voice in a slightly different way,” Hawkins said. “Now I listen I go, ‘Yeah, okay, these guys are heading somewhere.’ I don’t know what the second influence is – who’s got a hold of them and shaken that faux Led Zep out of them. But it’s working. … Hearing him soar and hold a note over several bars – that’s what he wants to be doing. Because those are the things Robert Plant didn’t do.”