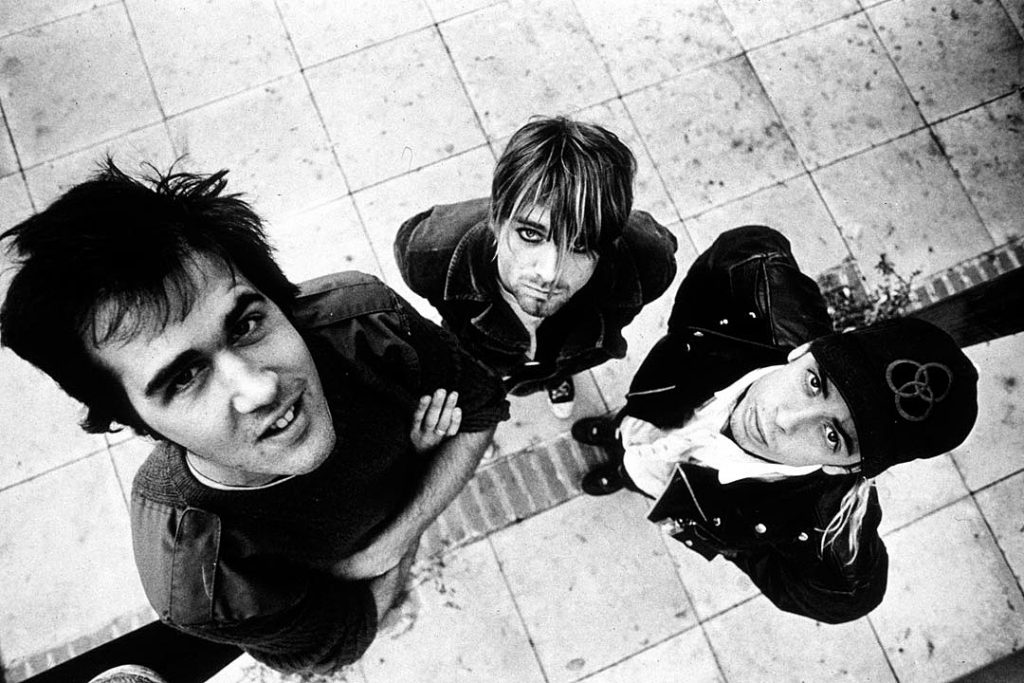 Dave Grohl said he dreams about playing with Nirvana again but can’t bring himself to perform Kurt Cobain‘s songs onstage.

The result has been a series of reunions with ex-bandmate Krist Novoselic and former Nirvana touring guitarist Pat Smear featuring various guest singers – notably at the band’s 2014 Rock & Roll Hall of Fame induction. “I wouldn’t feel comfortable singing a song that Kurt sang,” Grohl told Louder, adding that he doesn’t even return to Nirvana while jamming at home.

Grohl took over on drums after an earlier Nirvana lineup toured behind 1989’s Bleach and fell apart amid tensions with guitarist Jason Everman. Dan Peters of Mudhoney subbed on a few subsequent dates before Grohl permanently replaced original drummer Chad Channing in 1990.

“When I first joined the band, it was so much fun,” Grohl said. “I lived on the couch in Kurt’s living room. We rehearsed in a barn. We set up our gear and played those songs, and people bounced around and got hot and sweaty. I really loved the connection and the appreciation that Nirvana’s audience had with the band.”

The band dissolved in the wake of Cobain’s 1994 suicide, leaving Grohl to carry on following a switch to frontman with the Foo Fighters. His successor band is now preparing to release its 10th album, Medicine at Midnight, in February.

A rescheduled tour will presumably follow, but don’t expect to hear any old Nirvana favorites.

“I feel perfectly at home playing those songs on the drums, and I love playing them with Krist and Pat and another vocalist,” Grohl said. “I still have dreams that we’re in Nirvana, that we’re still a band. I still dream there’s any empty arena waiting for us to play. But I don’t sit down at home and run through ‘Smells Like Teen Spirit’ by myself. It’s just a reminder that the person who is responsible for those beautiful songs is no longer with us. It’s bittersweet.”