Why David Lee Roth Is ‘Pissed About Everything’ 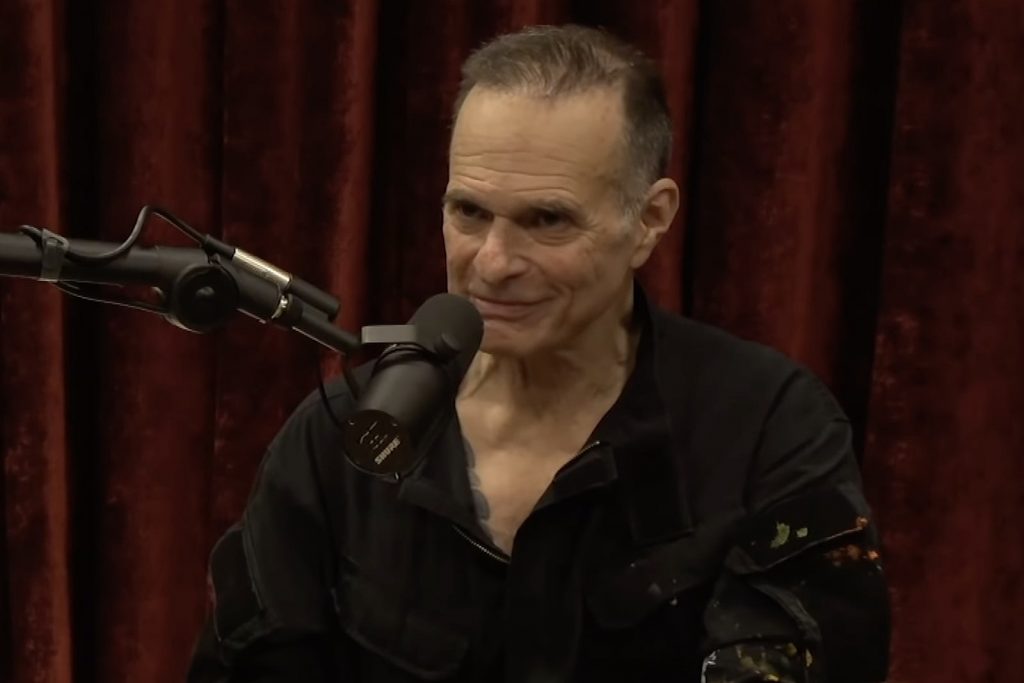 David Lee Roth says he is “pissed about everything.” The former Van Halen singer recently swung by The Joe Rogan Experience for a freewheeling, three-hour chat in which he aired his grievances about climate change, women’s rights and police reform, among other topics.

“What kind of fuck-shit world are we leaving behind where they don’t get to go to Florida because it’s underwater?” Roth asked the host. “What kind of place are we going where, yeah, there used to be some really great, giant trees now, but they’re dead?”

These concerns are not new for Roth. In 2012, Van Halen released the planet-overcrowding anthem “Outta Space” on their comeback album A Different Kind of Truth, with Roth roaring lyrics like “Need no polar bear to scare me / No Eskimo to share with me his fate / We outta space / No blogger needs to sell me / No dolphin needs to tell me / No starving kid to make a case.”

But Roth didn’t stop at environmentalism. “Are we still arguing over women’s rights?” the singer asked Rogan. “Are we still struggling over Roe v. Wade? Really?”

The singer didn’t linger on the subject long. Instead, he shifted his focus to nationwide calls for police reform among various highly publicized instances of police brutality over the past year. Despite claiming at one point to be a “left-wing liberal,” Roth took a more centrist approach to the idea of defunding the police.

“The idea that we’re going to defund the police? And expect what? You gotta be crazy,” Roth said. “So here’s your solution — and that we haven’t gotten to it is starting to fucking piss me off: You got to triple the paychecks, and then you’ll start getting the genius-level, combat-proof, full-blast, industrial-strength brains. Because you’re gonna have to be a psychiatrist, a social worker, a Delta team member, a SWAT team fella, all in one. I can get you that. Let’s start with $3,500 a week.”

Roth continued: “Police chiefs should be making what that grubby, fuck-shit lawyer down the street makes, which is $300 an hour. Yeah, an hour! And now, once you’ve established some proper, thoughtful paychecks. I have some reforms.”

Roth, who is equally well-versed in off-color social commentary and horndog histrionics, has stayed busy lately. He just released a new country-fried solo tune called “Giddy-Up” featuring guitarist John 5, which he teased in last fall’s The Roth Project, a 17-chapter web comic he wrote and illustrated himself. Roth and John 5 collaborated on other songs and plan to release an album in the future.