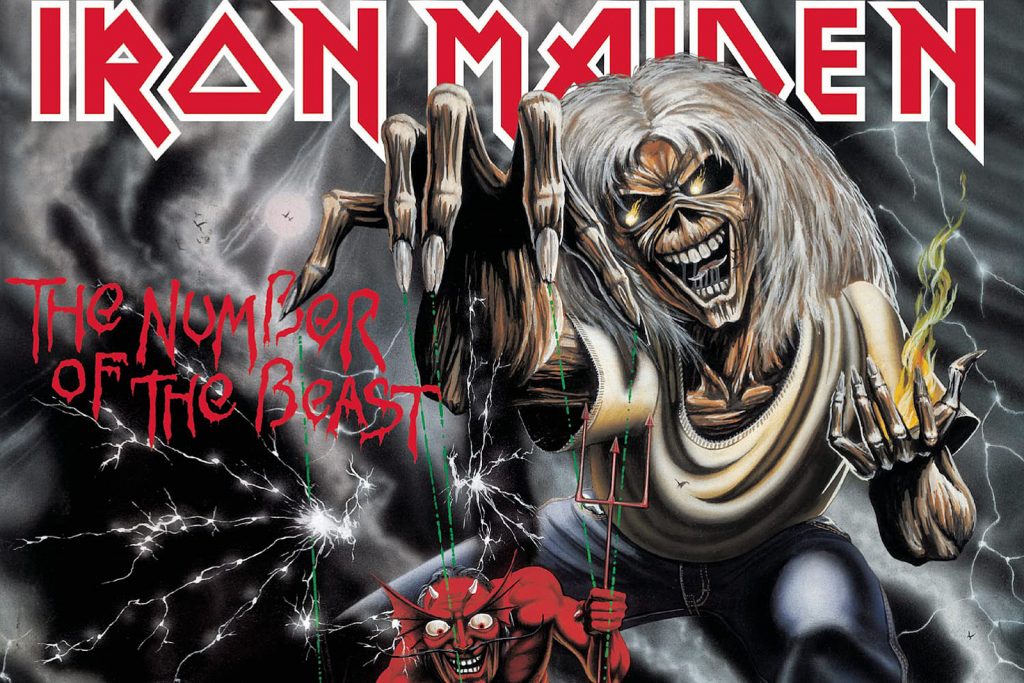 Iron Maiden have announced a vinyl reissue of The Number of the Beast in honor of the album’s 40th anniversary. However, there will be one change to the classic LP’s track list.

“On this vinyl release we get the chance to put ‘Total Eclipse’ in its rightful spot on the album for the first time,” founding bassist Steve Harris explained [as relayed by Blabbermouth]. “The reason it didn’t make it in the first place was that it was all a mad rush when we were finishing the record and we had to get the ‘Run to the Hills’ single out before the tour.”

Because of that, “Total Eclipse” was left off the original album and instead made the B-side to the single “Run to the Hills.” The song “Gangland” would make the album instead.

“We basically had to pick a B-side and it was between ‘Gangland’ and ‘Total Eclipse’ and we just picked the wrong one, really!” Harris declared. “I think ‘Total Eclipse’ is a stronger song and the album would have been stronger if it had been on there.”

Released March 22, 1982, The Number of the Beast marked Iron Maiden’s first album with frontman Bruce Dickinson. The LP was a critical and commercial success, reaching platinum sales and cementing Maiden as one of metal’s greatest acts.

The new reissue will be released as a 3LP set. It includes the original album – with “Total Eclipse” reinserted – as well as the Beast Over Hammersmith live album, recorded live just days before the original release of The Number of the Beast.

The triple vinyl reissue is available for pre-order now.