Why Jerry Harrison Is Revisiting Talking Heads’ ‘Remain in Light’ 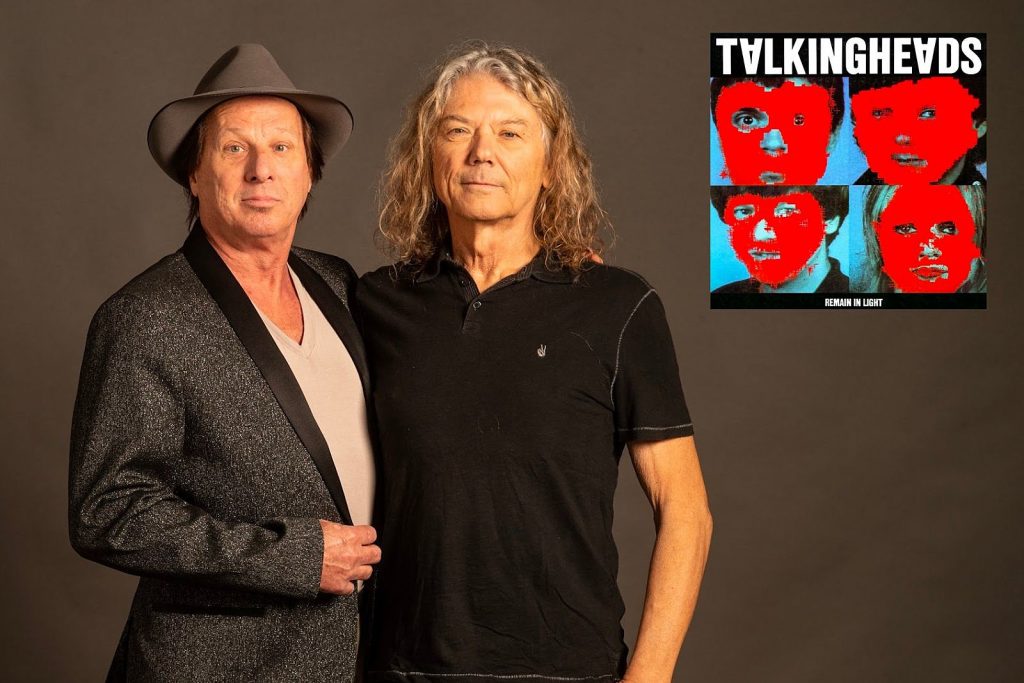 Jerry Harrison has spent much of the past three decades behind the scenes on various projects.

After the 1991 breakup of Talking Heads, the keyboardist and guitarist shifted his attention toward producing other bands, like Violent Femmes, Rusted Root and Kenny Wayne Shepherd, among others. He also co-founded RedCrow in 2015, an investment and marketing company that specializes in healthcare innovation and works to fund healthcare-related startups. Harrison has also helped to co-found investment organizations that run the gamut from sustainable farming techniques (VenEarth) to venomous snakebite treatment (Ophirex).

But during the past couple of years, Harrison has been making his way back to live performances. In addition to the occasional benefit show, he recently reunited with guitarist Adrian Belew, who was first brought into Talking Heads’ sphere when the band was recording its classic 1980 album, Remain in Light. Belew contributed some guitar parts to the LP and accompanied the band on tour, including a 1980 performance in Rome two months after the LP’s release.

Now, four decades after its release, Harrison and Belew are revisiting Remain in Light, re-learning old parts and discovering new things along the way. Harrison and Belew will perform songs from the album on Sept. 29 at the Wiltern in Los Angeles, along with bassist Julie Slick, percussionist Yahuba Garcia-Torres and members of Turkuaz, a funk band from Brooklyn that Harrison has produced and previously performed Talking Heads music with.

Harrison and Belew had been thinking about bringing back Remain in Light for several years. In 2014, Harrison was producing a film about Memphis music, Take Me to the River; Belew lived in nearby Nashville. Neither could forget the funky greatness from the 1980 Rome show at Palazzo dello Sport, where Talking Heads and touring musicians performed five tracks from Remain in Light in addition to other songs. “Every time I’d be in town, I’d have dinner with Adrian and we would talk about how much this show still was stuck in our memory,” Harrison tells UCR. Both musicians wondered if they could recreate some of the magic of that four-decades-old show.

The first time Remain in Light returned to the stage was in July 2021 at the Peach Music Festival in Scranton, Penn., where Harrison, Belew and Turkuaz performed selections from the album before a crowd of people who had, thanks to the pandemic, gone most of the previous year without live music. The band went on after midnight and it had been raining, but the audience was in the best of spirits. “Everyone was just transfixed,” Harrison recalls. This was the beginning of their Remain in Light Tour, which earned praise as it continued. At a prog festival in Florida, Harrison received a particularly memorable compliment: “You did the impossible. You got a prog rock audience to dance … artificial hips be damned.”

Part of the power of that 1980 Rome concert stemmed from its purposefully stark presentation; few external visuals and simple lighting allowed the band to see one another. “It was about the joy of everybody onstage and the playing,” Harrison says. There were also a few practical reasons for this, including that band members knew they’d be playing large festivals, sometimes in the middle of the afternoon with no time or room to set up anything too technically elaborate. As Harrison recalls, even if the band wanted more, it probably wasn’t feasible. “We didn’t have any money,” he notes. Stripped of theatrics – which served Talking Heads even better when the Stop Making Sense Tour rolled around a few years later – the 1980 Rome show was the start of something new for the band.

Harrison and Belew have been trying to re-capture the energy and excitement of that concert, but they aren’t trying to re-create it note for note. For one thing, it’s not physically possible. Listening to the original album, Harrison discovered parts that are difficult to replicate onstage these days. “Boy, I had some dexterity back then,” he says. Fast-paced repetition was an integral part of Remain in Light. In the studio, Talking Heads developed parts they liked and learned to play them again and again, essentially manually creating a loop track. Because he hadn’t performed steadily in the past few years, Harrison admits he’s not in the same musical shape that he was in 1980. But he says he’s found other ways of arranging the songs. “You learn to squeeze the guitar just hard enough, so to speak,” he says.

When Harrison, Belew and the rest of the band perform, the songs’ foundations are pretty much the same. “I’m not completely authoritarian about trying to enforce [the parts], but everyone largely is playing the parts as they originally are composed,” Harrison says. Some things have been tweaked along the way, and certain band members have inadvertently influenced the playing of other members. Bassist Julie Slick, who performed in a Talking Heads cover band, plays her parts exactly the way they are on the record, which in turn inspired Turkuaz’s drummer, Michael Carubba, to simplify his playing. Now it’s more in line with what Harrison describes as Chris Frantz‘s “extremely spare” style. “When you have 11 people playing at once, you have to leave room for the other people,” he notes.

Even though he uses the 1980 Rome show as his guide, Harrison’s set lists include a few non-Remain in Light numbers, too, like Talking Heads’ “Slippery People,” a song Belew wrote for King Crimson called “Thela Hun Ginjeet” and sometimes Al Green‘s “Take Me to the River,” which Talking Heads covered in 1978.

By now, most Talking Heads fans have made peace with the fact that a reunion of any kind is unlikely, but it’s also left room for the band’s catalog to be reinterpreted by artists as diverse as Belew and Turkuaz. Harrison credits his current level of concentration with the years he spent working as a producer of others’ music. But he says performing live again is a fulfilling challenge.

“It’s been very good for me, and exciting for me, to be back onstage,” he says. “Actually doing these benefits and these other things made me realize how much I kind of missed it.”