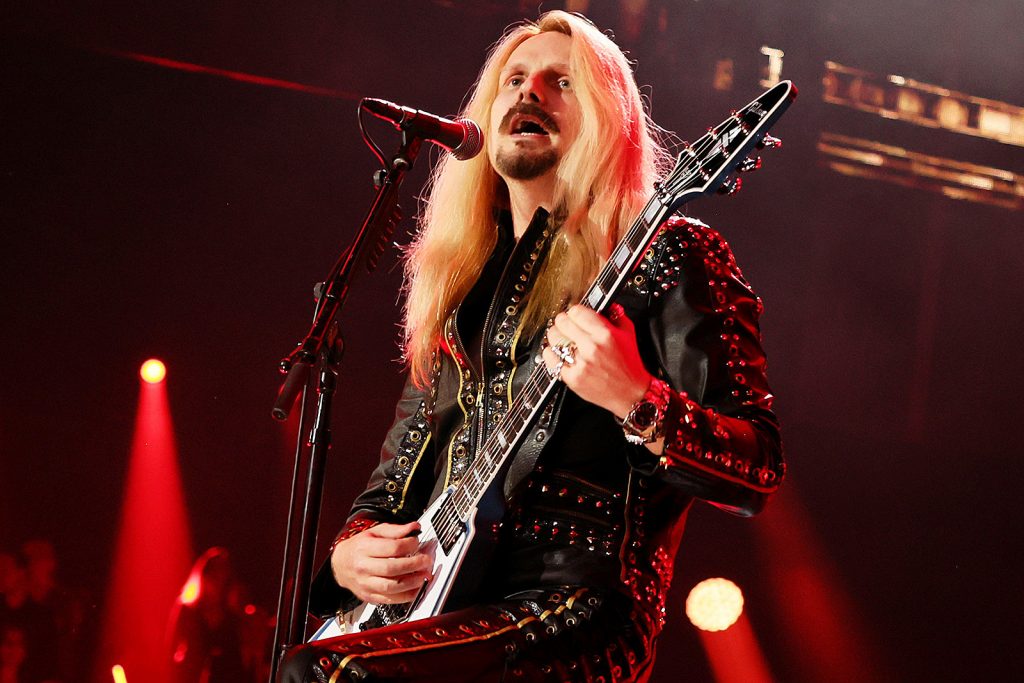 Judas Priest manager Jayne Andrews said she tried to have guitarist Richie Faulkner inducted into the Rock & Roll Hall of Fame alongside his bandmates of 12 years, but couldn’t overcome the organization’s rules to make it happen.

While Faulkner took part in the band’s performance on the night, he wasn’t named among the inductees – while former drummer Les Binks, who was only a member for two years, was included in the honor.

“I did try and get [Richie] to be inducted, but… it revolves around a classic album, an iconic album, and he wasn’t on [such an] album,” Andrews said in a recent episode of the Gabbing with Girlfriends podcast (video below). “I kind of questioned a couple of people – I said, ‘Well, [Binks] wasn’t in that band that long, and Richie’s been in longer than he was.”

She added: “What I was told was, it’s to do with some of the classic, iconic albums, the artists who were on there.” Despite Faulkner’s longer service, Binks appeared on 1978’s Stained Class, “one of the classic albums.” She continued: “So that’s why he [was] being inducted… that does actually make sense, when you kind of think of that… As they said, ‘You look at some bands. They’ve got so many different lineups, different members… We can’t induct everybody.’ Once they explained that, then it did make sense.”

Priest vocalist Rob Halford reported last month that the band’s 19th album, which will follow 2018’s Firepower, was “very close” to completion, adding: “All the writing’s done; the bulk of the recording is done. I’ve still got to put my vocal tracks down. So, in essence, it’s done, which is a great feeling, because that really points us to the metal future.” The as-yet untitled LP will be the third to feature Faulkner.