Why Kenney Jones Didn’t Want to Join the Who 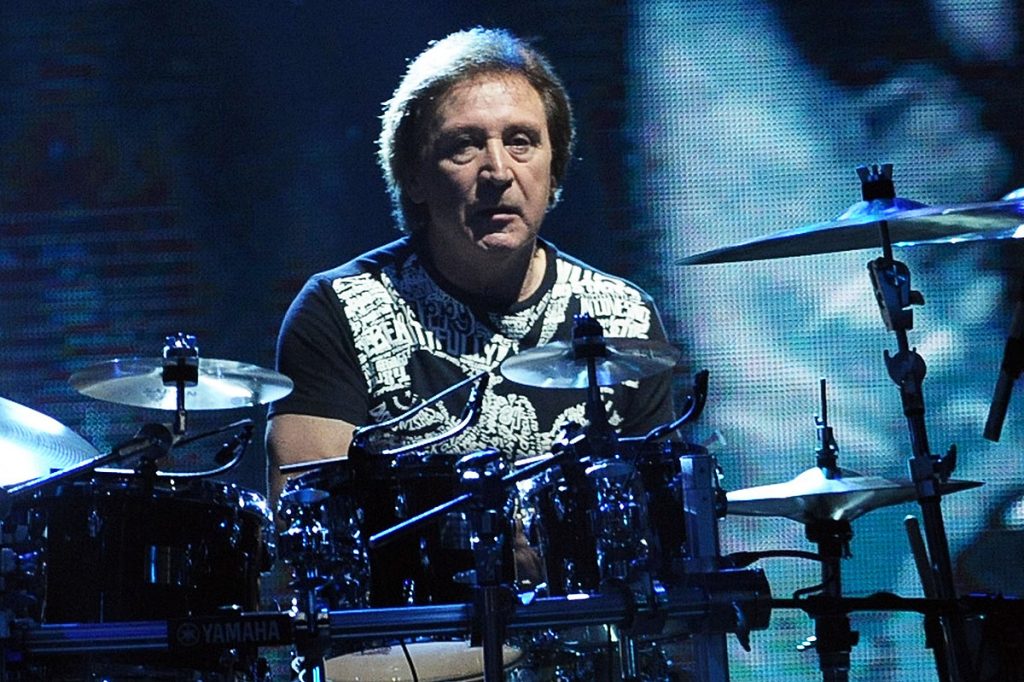 Kenney Jones recalled having “massive reservations” before he joined the Who in 1978.

The former Small Faces and Faces drummer had been close friends with Keith Moon, and they’d been together the night Moon died. When asked to take over as the Who’s drummer, Jones initially refused outright because he had other things on his mind. In the end, it was guitarist Pete Townshend who persuaded him to agree, although he had an important condition that had to be met.

In a recent interview with Musicians on the Record (available below) Jones recalled visiting Moon’s grave before the funeral ceremony took place, because he didn’t want to be part of the official proceedings. Soon afterwards he began hearing speculation about his future. “I had massive reservations about It… I didn’t particularly want to be in that position,” he said. “We shared the same drum technician, a guy called Bill Harrison. Bill kept saying to me, ‘You’re going to get the call one day.’ I could sort of sense what was going to happen a little bit.”

He continued: “I got the call from Bill Curbishley, the Who’s manager. ‘Kenney,’ he said, ‘I’ll get straight to the point. The Who have had a meeting and they’ve decided to get together and they’ve decided they would like you to join the band. They’re not thinking about anyone else – they want you in the band.’ My reaction was, ‘Thanks, Bill; it’s very flattering, it’s very nice, but I can’t.’ I could hear the sort of gasp at the other end of the phone. He said, ‘What?’ I said, ‘I can’t… I’ve just been forming this band… and that’s it. That’s what we’re excited about.’ He said, ‘Why don’t you come and have a chat with Pete?’”

Jones agreed, and said the pair had spent two hours “having a great laugh” before “Pete just went, ‘You gotta join the band! You’re a mod! You’re one of us!’ I felt so bad. I said, ‘Well, alright, but I’m not copying Keith. I can only ask my band if it’s the right thing to do. If they say “no” I’m not going to do it.’ So I went back and met the band… and I said, ‘Look, the Who have asked me to join them. I’m not going to let everyone down here, though.’ They were so gracious – they said, ‘Kenney, you’ve got to do that.’ That made my mind up for me; [I was] relieved about that.”