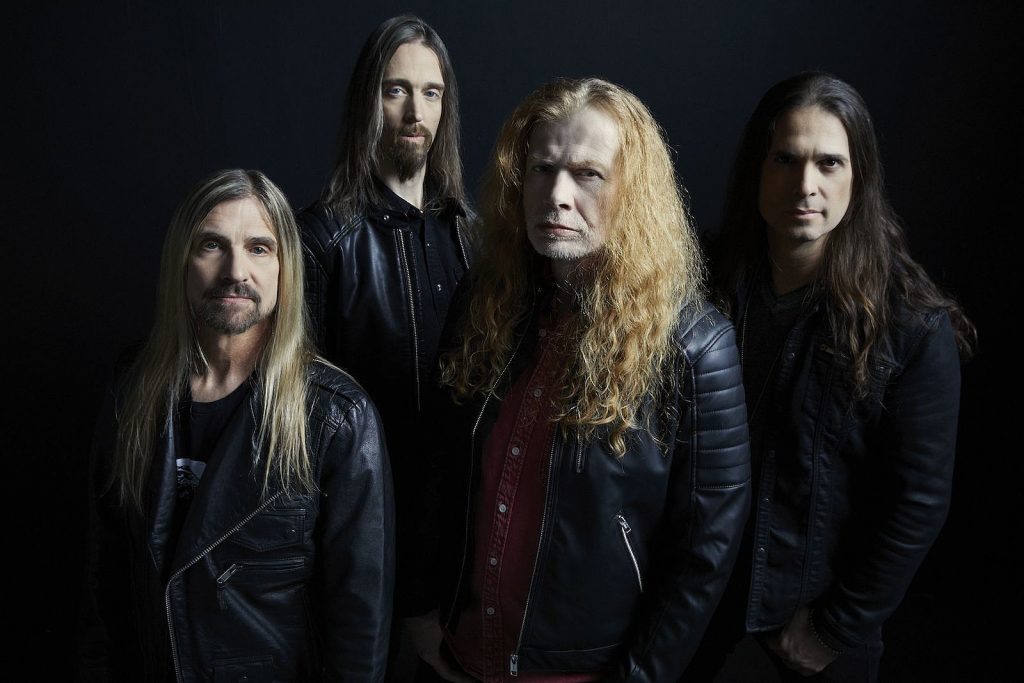 Sticking around for more than one album is never a guarantee in Megadeth.

Not only has lead guitarist Kiko Loureiro cleared the hurdle, but he’s also flourished as a formidable songwriter over the past seven years in the Dave Mustaine-fronted outfit. Now, as Megadeth prepares to release The Sick, the Dying … and the Dead! on Friday, Loureiro reflects on how much has changed since he made his Megadeth debut on the band’s last album, 2016’s Dystopia.

“I was inside the studio when they announced my name,” the guitarist tells UCR. “I was right there, so I didn’t have any live experience with the band prior to the recording.” Fast-forward to 2022, and Loureiro has logged hundreds of shows around the world with Megadeth, bolstering his confidence and his relationship with Mustaine. It’s the second album [I’ve recorded with Megadeth], but I’ve been playing with Dave now for seven years, since 2015,” Loureiro says. “So you meet the fans from different countries, from different ages. You play the old songs, the new songs, you meet the industry people, and then, of course, Dave, Dave’s family, the band members, everybody, the management, the label. So you’re like inside now, and that’s a big difference.”

One thing has changed little for Loureiro over the past seven years: the speed-of-light guitar solos that have long been a Megadeth staple and which populate the entirety of The Sick, the Dying … and the Dead! “The guitar solos, that’s like your own expression, you know? Just play your instrument,” he says.

“But when it comes time for creating songs that will fit the Megadeth legacy or that’s gonna please Dave and please the fans, that was much easier [on this album], in a way. Understanding the band way better, that’s a big difference.”

The proof is in the track listing, which credits Loureiro as a co-writer on eight of the album’s 12 songs. His classical guitar playing lends an Eastern European flair to the sprawling “Dogs of Chernobyl,” and his chunky riffs and head-spinning solos propel shoulder-to-the-plow thrashers “We’ll Be Back” and “Night Stalkers.” Even on the songs he didn’t co-write, like the throttling, midtempo title track, Loureiro makes his presence known with bite-sized, call-and-response solos that mirror Mustaine’s snarling vocals.

Watch Megadeth’s ‘We’ll Be Back’ Video

“It’s part of the Megadeth signature,” the guitarist says of the band’s nonlinear songs, which spill over with guitar solos. “So we are kind of conscious about this, and we need that. It’s like, once you play a lot, you feel like, ‘Oh, we need a guitar thing, the ear candy.'” He concludes this thought by adding, unnecessarily, “It’s a guitar band, you know? We like riffs and solos everywhere.”

When Loureiro joined Megadeth, he had to learn a staggering back catalog performed by some of the most celebrated guitarists in metal history, including Chris Poland and Marty Friedman. He singles out Friedman’s dazzling solos on Rust in Peace classics “Hangar 18” and “Tornado of Souls,” and he praises Poland’s jazz-fusion acrobatics on Megadeth’s first two albums, 1985’s Killing Is My Business … and Business Is Good! and 1986’s Peace Sells … but Who’s Buying?

“I think he’s coming from that place, the late-’70s fusion,” Loureiro says of Poland, citing jazz-fusion greats like Allan Holdsworth, Al Di Meola and Mahavishnu Orchestra. “That’s what makes Megadeth an interesting thrash-metal band because it is thrash metal, but it’s thrash metal that kind of welcomes those things from other styles. Those players, they can bring their own influences, and then you see that with Chris Poland, you see that with Marty Friedman. And [that’s] something that I have in mind as well when I present my ideas.”

Still, this experimentation has its limits. “There’s certain characteristics you kind of have to follow, and you feel kind of obligated to [have] there,” Loureiro says. “Of course, you’re not going to come with like a Van Halen riff, or something happy — that I can do, and I like it, but it doesn’t fit there.”

For Loureiro, there’s a never-ending quest to “find your identity, things that you really like, what you think is beautiful” and use those kernels to tactfully augment the time-honored Megadeth sound. “I think that’s the search, you know?” he says. “There’s no final end for that. It’s always the search to be Megadeth and bring elements kind of from outside — but that’s Megadeth.”