Why Led Zeppelin Auditioned New Singers After Their O2 Reunion 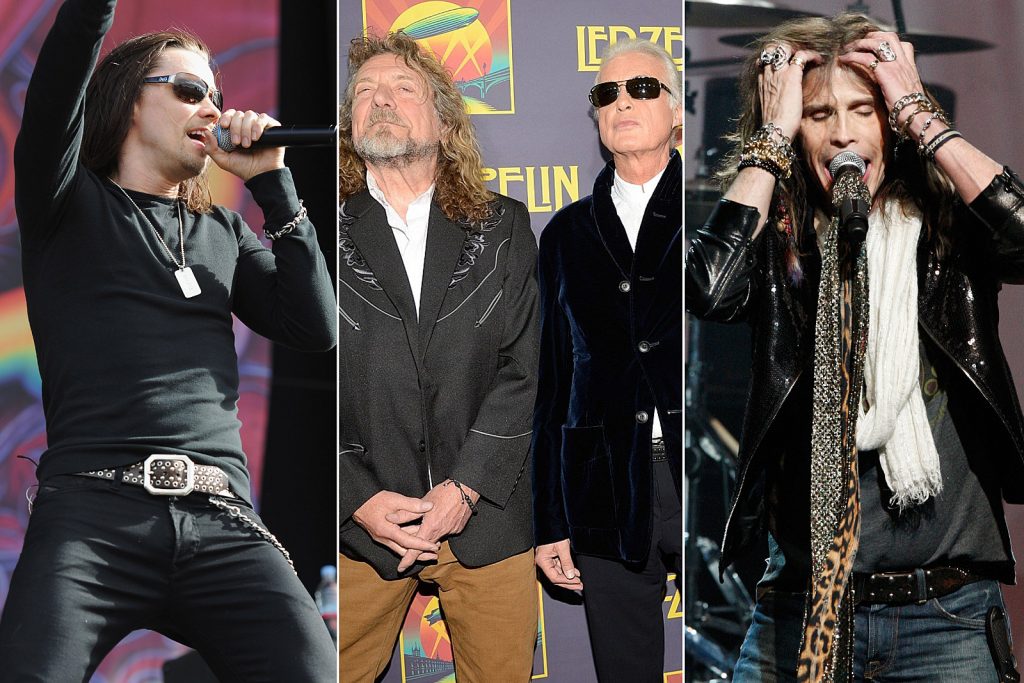 When Led Zeppelin staged their thunderous reunion show at London’s O2 Arena on Dec. 10, 2007, it completed a decades-long redemption arc for the golden gods, who had gritted their teeth through a handful of ill-fated mini-reunions in the years since the death of original drummer John Bonham in 1980.

It also, at long last, brought the dizzying Led Zeppelin saga to a close, as Robert Plant outright refused to participate in a full-fledged reunion trek with Jimmy Page, John Paul Jones and Jason Bonham and squashed all rumors to the contrary. “It’s both frustrating and ridiculous for this story to continue to rear its head when all the musicians that surround the story are keen to get on with their individual projects and move forward,” Plant said in a statement the following year. “I wish Jimmy Page, John Paul Jones and Jason Bonham nothing but success with any future projects.”

Plant’s old cohorts were less willing to abandon the project, however, and in 2008, they began holding low-key auditions for singers to see if they could keep some iteration of Led Zeppelin going.

The highest-profile candidate was Aerosmith singer Steven Tyler, whose band’s tensions at the time were well-documented. Tyler — who had jammed with Led Zeppelin and inducted them into the Rock & Roll Hall of Fame in 1995 alongside Joe Perry — reportedly flew to England in the summer of 2008 to run through a slew of epochal Zep classics and see if it was worth pursuing a few mega-gigs.

Watch Led Zeppelin Play ‘Kashmir’ at the O2 Arena in 2007

“I went over and played with Jimmy and the rest of them [in summer 2008],” Tyler told Classic Rock. “It wasn’t an audition to be in Zeppelin, it was an audition to play with Zeppelin. We were gonna do a couple of stadiums. And then while I was there, Jimmy spoke to me about maybe doing an album. I went home and thought about it for a couple days, and I got back to him and said, ‘Look, Jimmy, you’re in an iconic band and so am I. I can’t, in good faith, leave my band and be in your band.'”

Tyler said he jammed with Zeppelin “all day for a week,” and Page eventually floated the offer of playing some shows together. “They let me sing every song I wanted — ‘Black Dog,’ ‘Stairway to Heaven.’ But it was just a week,” he recalled. “And yeah, Jimmy asked me to do some stuff with him. But I didn’t want to be Coverdale/Page. Plus I figured in the time it would take to do that, I could rally my own band together.”

Perry, however, heard a much different version of the audition, which he said Page had described as “shambolic.” “Jimmy also said he hadn’t even wanted to audition Steven but did so because he’d been hounded by his manager as well as his old roadie Henry Smith,” Perry recalled in his 2014 memoir Rocks: My Life In and Out of Aerosmith. “When I spoke with Henry, he in turn said that it was Steven who had hounded him to get Jimmy to agree to the audition. Henry wasn’t happy about being put in the middle. He also wasn’t happy that Steven had missed the first day of the audition or that, when he finally did show, he had been embarrassingly unprepared.”

Tyler ultimately returned to Aerosmith, though their unresolved problems came to a head in 2009 when the singer tumbled offstage at a show, forcing the band to cancel the rest of its summer tour, and subsequently checked into rehab. Rumors of a replacement Aerosmith singer abounded, and Tyler’s two-season American Idol stint did little to assuage his bandmates’ frustrations. The singer eventually got his act together, and in 2012 Aerosmith released a new album, Music From Another Dimension!

One other singer visited Valhalla in June 2008 for a well-reported audition with Led Zeppelin: Alter Bridge frontman Myles Kennedy, who met with the rock legends on the eve of his band’s performance at England’s Download Festival. Kennedy had received an invitation from Jason Bonham, with whom he had appeared in the 2001 movie Rock Star — fittingly about a tribute band singer who gets the once-in-a-lifetime opportunity to front his favorite group.

A nerve-racked Kennedy met with Page, Jones and Bonham and ran through several classics including “Kashmir,” “The Rain Song” and “No Quarter.” Then the veteran musicians broke out some new, unreleased material, over which Kennedy scatted. After the session, Page and Jones drove Kennedy to the train station and put their cards on the table.

“On the drive, Jimmy and John Paul told me what they were considering,” Kennedy told Classic Rock. “It was a new project, it wasn’t going to be Led Zeppelin, and would I be interested in perhaps singing with them? My answer — and this is the dumbest answer of all time — was, ‘Well, yeah, you guys are pretty much the shit.’ I cannot believe I said that.”

Kennedy met with Page, Jones and Bonham once more in September 2008, but nothing came of the sessions. “They were just trying to figure out what was going on with all the Led Zeppelin stuff, and trying to see if the whole situation was appropriate,” he explained. “I heard back from their managers a few months later, and they’d decided not to do it.”

He wasn’t hard up for work though: He contributed vocals to two songs on Slash‘s eponymous 2010 solo debut and soon became the full-time singer for the guitarist’s solo band.

Led Zeppelin has always been notoriously tight-lipped about the band’s inner workings, so it’s unclear just how many singers auditioned to fill Plant’s shoes following their O2 reunion. There was at least one powerhouse vocalist whose inquiries went unanswered: Heart frontwoman Ann Wilson. “Zeppelin always was a boy’s club,” Wilson told U.K. radio station Planet Rock in 2022. “I know that because there was a minute when the rumor was that they were auditioning singers and I just threw my hat in the ring. I went, ‘I’m here!’ and it was crickets.”

“Who knows what went on there?” Wilson pondered about the audition process. “But anyway, who would want to hire somebody that could sing just like Plant? I don’t think that’s what they were into, you know? I don’t think they want it to be a caricature of Led Zeppelin.”

If Wilson harbored any ill will over the lack of response, she seemed to have gotten over it by 2012, when Heart and Jason Bonham performed “Stairway to Heaven” at the Kennedy Center Honors and famously moved Plant to tears. And she would do it again in a heartbeat. “Hypothetically, if they ever needed a lead singer and Heart was not active at the moment, then, sure, I would,” Wilson said in 2014. “I would go and play with Jimmy Page and John Paul Jones any day of the week.”

Yet Wilson — and countless millions of Zeppelin fans around the world — are better off celebrating what was rather than pining over what should never be. “Led Zeppelin are over!” Page’s manager, Peter Mensch, told MusicRadar in 2009. “If you didn’t see them in 2007, you missed them. It’s done. I can’t be any clearer than that.” As for the short-lived singer auditions, Mensch added, “They tried out a few singers, but no one worked out. That was it. The whole thing is completely over now. There are absolutely no plans for them to continue. Zero. Frankly, I wish everybody would stop talking about it.”