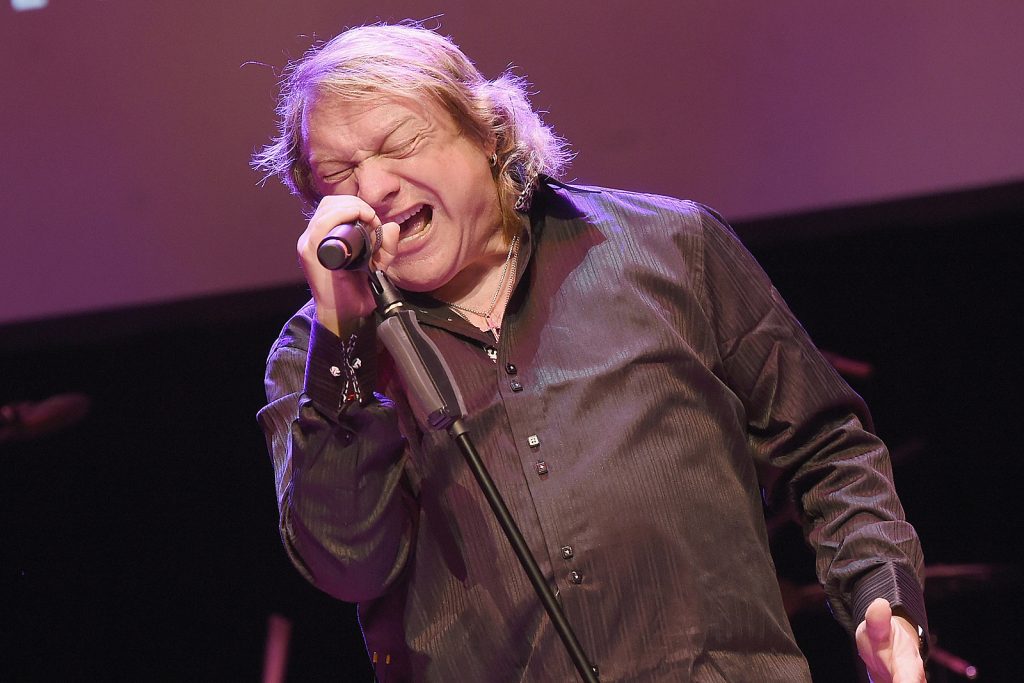 Nearly three years ago, Lou Gramm announced from a stage in Schenectady, N.Y., that he was putting the wraps on performing as a solo artist. He expanded on that statement during a 2019 interview with UCR, saying retirement was treating him well and he was enjoying the time at home with family, friends and muscle-car collection.

“At some point, you look forward to doing more of that than performing shows,” he said at that time. “So other than the [potential] Foreigner reunion shows, I’m not doing anything.”

Fast-forward to 2021 and the former Foreigner singer has returned to the road, once again sharing the stage with Asia Featuring John Payne, who are playing their own set and doing double duty as Gramm’s backing band. Gramm sat down with UCR and shared his thoughts on playing live and some details on new music sourced from song ideas he started in the ’80s.

I saw on your website you’ve got new music coming. What can you tell me about that?
The premise for these songs are all song ideas that came with my solo albums, either Ready or Not, Long Hard Look or [the band] Shadow King. They were songs that weren’t quite finished, so they didn’t make the cut. But as time went by, I went back and listened to these ideas, and I love them. I knew that all they had to do was be finished. A little at a time we started finishing these songs, mixing them and mastering them. We’ve got a fair amount of songs now, and we’d like to put out an album.

Have your archives always been organized?
It was very organized. I take my hat off to [longtime associate] Bob Golino. If nothing else, we’re organized here. We were able to pull up the 24-track [mixes] from the albums and listen to ideas that we thought were good, but we just didn’t have the time to finish them. So they sat for 35 or 40 years. Now that I’d like to put some new material out, I know that writing and recording and all of that stuff could be a long, drawn-out process. So I’m looking back at these songs. They strike the right chord with me, and they’re just as viable now as the ideas were back then. I really felt that rather than start from scratch, I would like to pick up where I left off on these songs, emotionally and everything.

So far, they’ve been turning out great. Everybody who is working with me is very excited. I’m hoping for a late-fall or early winter release.

What was it like for you going back to those recordings?
A lot of memories, of course. The songs that did make the album were absolutely great. But then we saw that there were some unfinished song ideas at the bottom of the tape. I couldn’t imagine what they were, I couldn’t even think of what they might be. We started listening to some of them slowly, and we go, “Oh, my God, so that’s what happened to that idea.” Right away, I started writing lyrics and massaging the melodies, and getting some people in who are great players to put some soul into this. I couldn’t be happier with the results. We’ve already had a few mastered and they sound very current, and it’s really exciting.

Were you able to carry over any of the original recordings? Or is it all from scratch at this point?
We saved a good portion of the original recording. If it was recorded well with excellent players and stuff, we saved everything that we were able to save and then added [to it]. If we could find the people who played on the album, we asked them if they wanted to continue being a part of it while we finish these songs. If not, we were able to find somebody who could play in that vein and gave them the opportunity to help out with the song.

Who are some of the original folks you were able to get to come back around to help you finish?
Bruce Turgon [Gramm’s longtime bandmate and collaborator in Black Sheep, Foreigner and Shadow King]. And Jeff Jacobs. I played with [Jacobs] in Foreigner in the ‘90s. He’s a keyboard player, and I asked him if he wanted to be a part of it and he did.

What about Nils Lofgren? I know you two have been close through the years.
Yes, he’s going to be playing on some of it. I talked to him not even a week ago and told him about what we’re doing, and asked him if he’d be interested in performing on any of it. He said, “Just call me, and let me know. Send me a rough mix.” He says he has a lot of free time and “we can do this whenever you want to.”

Things weren’t good between you and Bruce Turgon for years. Did things get fixed there?
I think things are pretty good. I’m not going to say that we’ve patched things up and everything’s just like it used to be. We’re talking, and we’re talking about the music. We speak on a semi-regular basis, and I’m satisfied with that for now.

What songs are you excited about specifically that are finished? Any song titles or things like that you can share?
I’m not at liberty to share it right now, because I’m in the process of firming up a recording contract. I think it’s probably better if I keep my mouth closed right now!

Near the end of 2019 you announced you were going to retire from the road. It seems like you’ve had a change of heart.
Well, I sure missed performing. But I didn’t miss performing three or four times a week for three months and just being out there like a road dog. I’ve done that for a lot of years. While I’ve got some great stories to tell because of it, I don’t need to tell stories anymore, and I don’t need to be out for months at a time.

It’s hard to imagine rock radio without the string of hit singles Foreigner peeled off in the ’70s and ’80s.