Why Marilyn Manson’s 1997 Tour Came to an Abrupt Halt 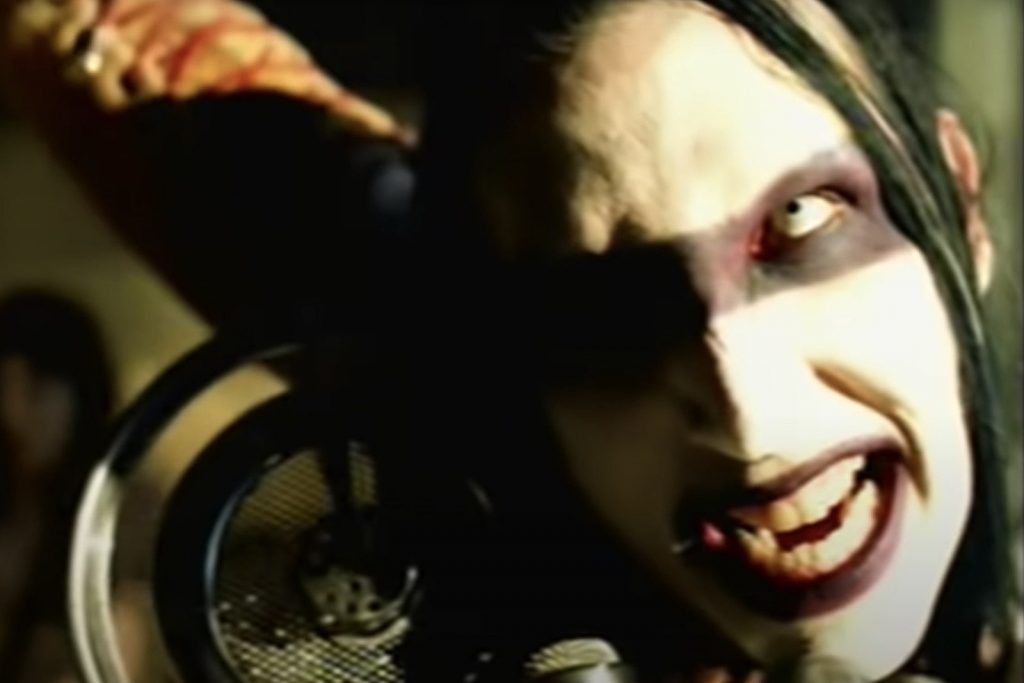 Marilyn Manson was notorious decades before being accused of serial abuse of women. His songs and stage performances were so horrific in the public imagination that they inspired massive waves of protest against him.

This outrage moved rapidly toward a climax when the South Carolina legislature introduced a resolution preventing any state-owned facility from hosting a concert by Manson, forcing him to cancel a concert scheduled for April 20, 1997, in Columbia, S.C.

Manson sparked controversy from his earliest performances in the late ’80s and early ’90s around Florida, but the 1996-97 “Dead to the World” tour saw him making national headlines.

Staged to promote the album Antichrist Superstar, the tour took Manson and his band’s theatrical, Satanist-adjacent road show to a new level: Manson claimed to be a member of the Church of Satan but also said that didn’t worship the devil.

He wore G-strings, lace stockings and combat boots, tore up bibles on stage, dressed his band in Nazi helmets, and moved around a stage set composed of mannequin bodies impaled on spikes.

He’d created a provocative act, particularly with its anti-Christian themes, but no more so than the ones that artists like Alice Cooper and Ozzy Osbourne had been putting on for decades. The difference was a matter of timing.

Manson’s tour arrived in the early years of a particularly fraught moment in American history. The culture wars between religious-minded conservatives and liberal-minded artists and political protestors that had simmered throughout the ’80s had burst into the open by the ’90s.

These battles were fought simultaneously in many arenas. In 1989, the U.S. Supreme Court enraged conservatives by handing down Texas v. Johnson, a ruling that invalidated state laws banning the desecration of the American flag. A Cincinnati museum found itself being sued in 1990 for breaching obscenity laws for displaying the work of photographer Robert Mapplethorpe, which focused on gay themes and featured sometimes explicit content. They fought the suit on freedom of expression grounds and won.

Hip hop’s 2 Live Crew went on trial the same year in Florida, also on charges of obscenity. They eventually won in court, as well.

Watch a News Report About the 2 Live Crew Obscenity Case

By 1994, this cultural conflagration had resulted in a shifting of the national political landscape, with Republicans under the leadership of Newt Gingrich riding an election wave to control of the U.S. House of Representatives for the first time in 50 years. They promoted a platform called the “Contract With America,” which included everything from promises for more assertive law enforcement to cutting welfare, from restricting funding for abortion to stronger anti-pornography laws.

Battle lines were drawn. Conservative groups began trying to reclaim the cultural power they thought had been stolen from them in the preceding decades. Marilyn Manson provided the perfect target for their ire, and quickly became a larger-than-life figure in their minds.

Rumors quickly spread, encouraged by outraged community groups claiming that Manson killed animals and raped people on stage. The band’s shows in Texas and elsewhere were met with outraged protests. Other religious protesters showed up en-masse to pray for Manson’s salvation.

A Christian group in Mississippi produced two anonymous affidavits in which concertgoers claimed that Manson had sex with animals on stage, and that “about 30% of the Manson concert crowd participate in open, overt sexual activity at an average Manson concert.” A school in Florida threatened to expel any student attending one of the shows, and a school in Milwaukee banned students from wearing the Manson “look.” A show in New Jersey had to be delayed because someone called in a bomb threat.

Watch a News Report About the 1997 Protests of Marilyn Manson

Soon, Kansas Sen. Samuel Brownback and Connecticut Sen. Joseph Lieberman were holding hearings about Manson, while wondering aloud if his music might somehow cause people to commit suicide.

When the South Carolina legislature passed its resolution, the tide seemed to be turning in religious conservatives’ favor. Richmond, Va., also canceled a show at its municipal-owned venue, while the New Jersey Sports and Exposition Authority vowed that they would not host that summer’s Ozzfest at Giants Stadium if Manson was on the bill.

Once again, the legal system stopped these efforts in their tracks. The resolutions in South Carolina, Virginia, and elsewhere prohibiting Manson from performing were unconstitutional on First Amendment grounds, as was the decision by the New Jersey board. Lawsuits and the threat of lawsuits caused the municipal agencies to back down. Manson’s tour continued, both nationally and internationally, and the Antichrist Superstar album went on to sell more than seven million copies.

Despite this, the ground had been laid for the kind of battles that are still with us today. The culture wars have continued to expand until they now encompass everything from the policies of tech companies to the specifics of school curricula. Manson may have faded from the scene after allegations of sexual assault, but he was very much at the center of things as all of it began – strutting around the stage in black leather, singing about the devil and terrifying the faint of heart.