Why Neal Schon was ‘Scared’ of Journey Classic ‘Open Arms’ 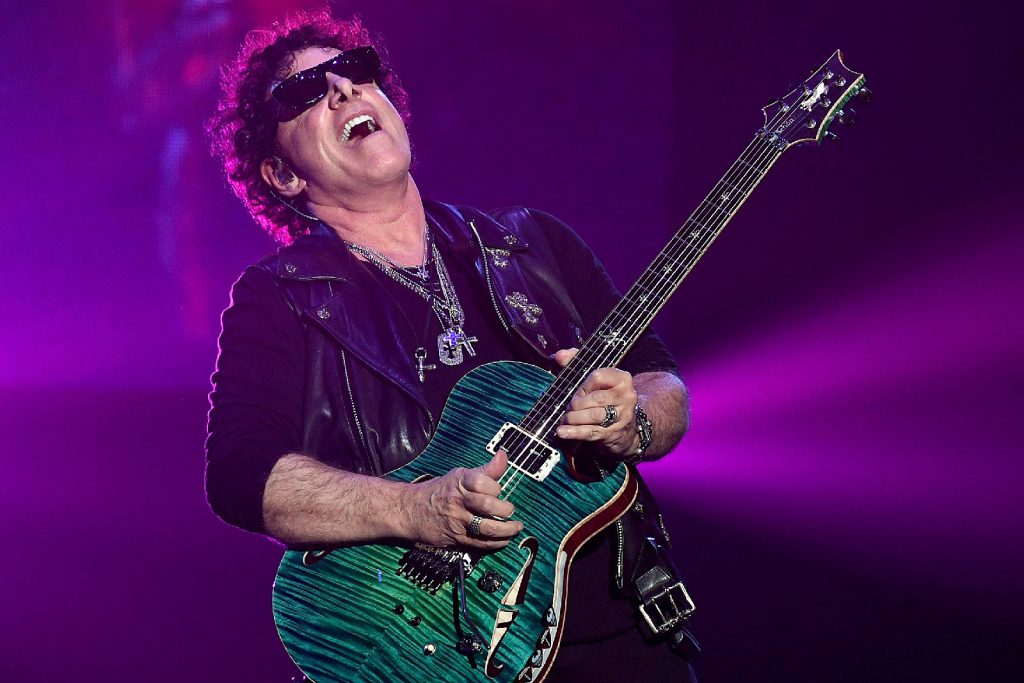 Journey guitarist Neal Schon recalled being “scared” of power ballad “Open Arms” and said he’d been “off-base and wrong” about the single that held the No. 2 spot for six weeks in 1982.

Then-vocalist Steve Perry and keyboardist Jonathan Cain wrote “Open Arms,” but when they presented it to Schon as the band worked on its 1981 album Escape, they didn’t get the reaction they’d hoped for.

“I was actually perturbed — I was kind of scared of the song, to be completely honest,” Schon admitted in a recent AXS TV interview, available below. “I was always the rocker in the band, and so I thought it was really soft. And I think the way I described it to Jonathan and Perry, when they brought it, I go, ‘Are you guys kidding? This is like Mary Poppins!'”

Schon said he found it difficult to come up with a solo for the piece. “I got very frustrated with it, and they got frustrated with me,” he recalled. “And they were like, ‘Dude, why don’t you just play something really simple? Play the simplest thing you can think of.’ So, I thought I was being a smartass… I just played something I thought was dumb. They all jumped up and down after I played it, and they go, ‘That’s perfect!’ Sometimes, you just don’t know!”

When Journey set out on their next tour, Schon wasn’t looking forward to debuting “Open Arms” to their fans. “I was dreading it,” he said. “We played it the first time, and the audience went nuts. And I was astounded. I was happy, but I was blown away that I was so off-base and wrong about how people would perceive it, you know. And so, I turn to Steve afterwards and I go, ‘I think they love that, man!’ He looked at me like he wanted to take my head off!”

Journey released their 15th album, Freedom, earlier this month. They’ve got a handful of shows in the U.S. and Mexico on their itinerary through September.