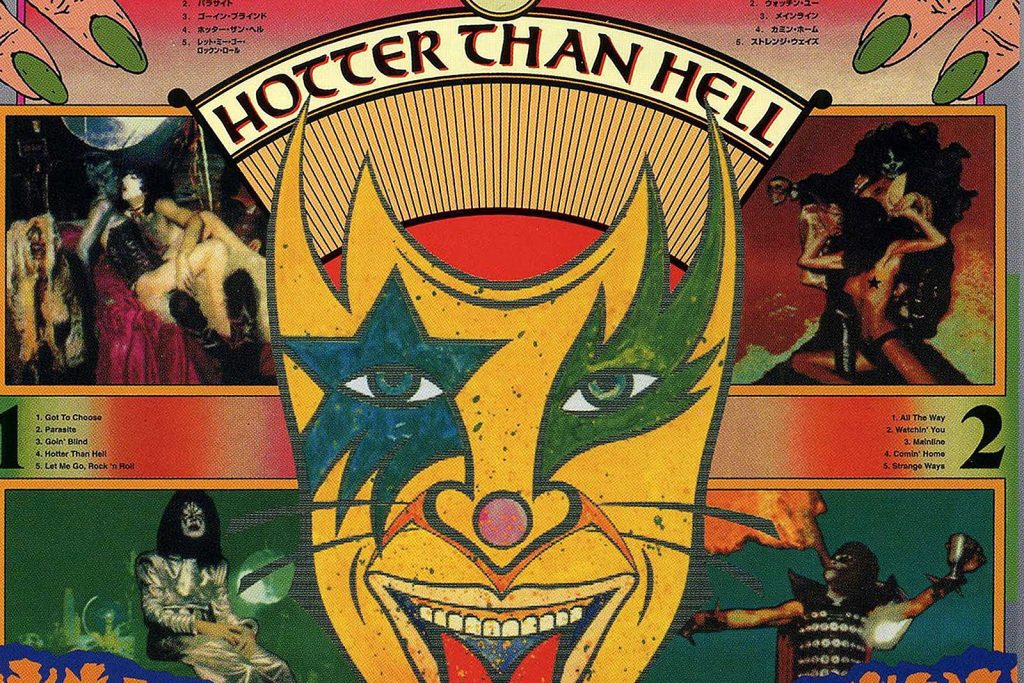 Paul Stanley was so drunk during the photo shoot for Kiss‘ Hotter Than Hell album cover that he had to be locked in a car for his own protection.

As the guitarist recalled in David Leaf and Ken Sharp’s Kiss: Behind the Mask, “I don’t know if anybody can make out the back cover of the album, but we were having this wild, wild party with tons of people in weird outfits. Ten minutes after that picture was taken, I passed out. I cut my hand. I don’t know how I did it. I was so drunk that they locked me in a car and I couldn’t find my way out. A lot of the pictures taken for the back cover have never seen the light of day because some people didn’t want to be incriminated by the pictures.”

“That session was one of the few times that I’ve seen Paul drunk,” Gene Simmons noted. “He was blitzed. There was a photo of him with a girl who had nothing on, sort of painted like Goldfinger with silver stuff. I don’t even think Paul was aware that there were forces of gravity. So he reached over, and in one shot you sort of see him nuzzling with chickie and the next second he’s over the bed. He’d fallen over. At the end of the photo session, I had to carry him to the car and lock him in the back seat.”

The shoot was conceptualized by photographer Norman Seeff, who, Peter Criss recalled in Makeup to Breakup, hired “20 women and 20 men to surround us in some sort of elaborate medieval Gothic tableau.” Seeff, Criss remembered in Behind the Mask, also provided the liquid refreshments, which left him in almost as inebriated as Stanley.

Then Criss noticed that Stanley, “was lying half naked on a velvet bed, offering no resistance at all to the half dozen girls and guys who were buzzing around him like bees drawn to honey.” Simmons, ever the teetotaler, remained sober, and also realized that his bandmate should be safely separated from the scene.

Kiss were tracking Hotter Than Hell, their 1974 sophomore effort, in Los Angeles at the behest of Casablanca Records head Neil Bogart, who wanted to keep up on the recording sessions. Staying at the Ramada Inn on Sunset Boulevard, Frehley remembered in No Regrets that the pressure of making the album, coupled with his unwillingness to be in Los Angeles, caused him to drink more than usual.

The night before the photo shoot, he killed some time by drunkenly driving around a stretch of the Hollywood Hills. He turned it into his own private racetrack, going a little faster each time. Then he lost control and slammed into a telephone pole, narrowly missing a head-on collision. Abandoning the rental car, he walked back to the hotel, where Kiss’ road manager helped get him to the hospital.

While his injuries weren’t serious, he was told that nothing could get inside the cut or it will become infected. Unfortunately, that included makeup. For the shoot, one side of his face was left as is while the other was decorated in his Spaceman guise. Most of the shots of Frehley from the session were in profile, but his makeup was airbrushed onto the photos seen on the front and back covers.