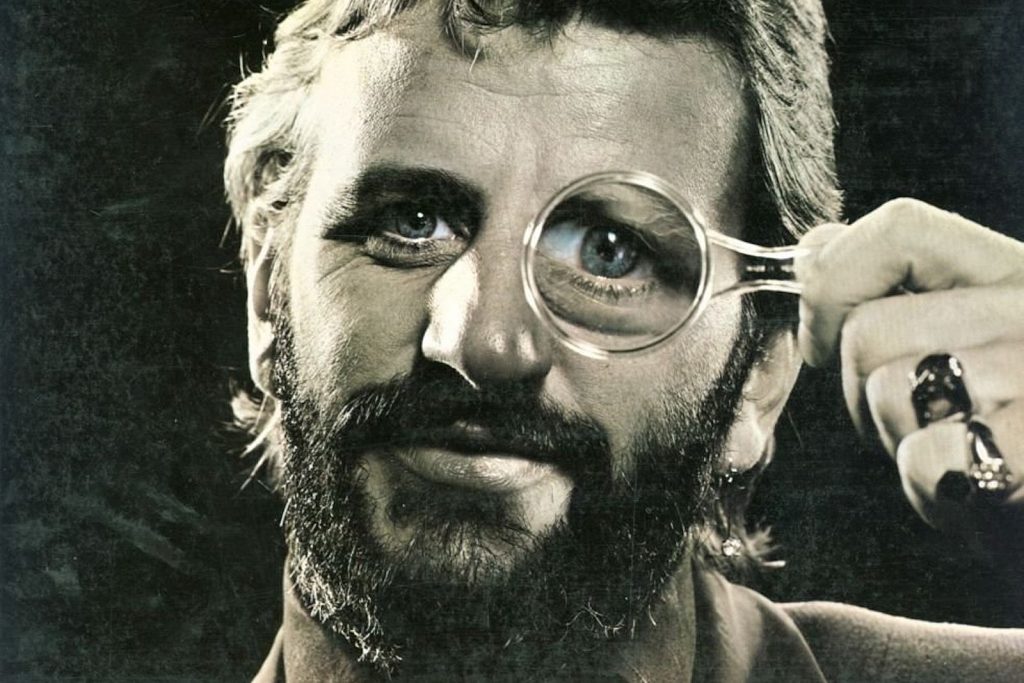 Ringo Starr hit upon a formula for success with his platinum-selling self-titled third album, and basically ran it into the ground. Goodnight Vienna, the follow-up, again featured a bevy of guest stars, plenty of genre jumping and Beatles-related contributions – but it sold half as much.

By the time Starr gathered everyone up for yet another try, he’d changed labels – and that meant a new producer in Arif Mardin. But otherwise Ringo’s Rotogravure arrived on Sept. 17, 1976, with the same blueprint. It also continued his downward commercial slide.

“Whatever we do, it’s still me,” a clearly hopeful Starr told ABC in Australia in 1976, “and what I try to do is go in and make a lot of singles. I love the singles, you know? So, we find songs, I ask people to write me songs, I write a few. There’s a change at producer, and so that’s a major move and it’ll be different because of that. But it’s still a lot of good tunes, written by good people.”

Unfortunately, it really wasn’t. Paul McCartney‘s “Pure Gold” is the best of the fab cast-offs, and it probably wouldn’t have made a Wings B-side. John Lennon‘s “Cookin’ (In the Kitchen of Love)” is simply a goof, notable only as the last session he participated in before a long period of house-husbandry. George Harrison actually so disliked Starr’s finished version of “I’ll Still Love You” that he briefly pursued a legal remedy.

“Well, Paul asked to write a song. I asked John, and he worked on it and worked on it, and eventually he came up with [‘Cookin’ (In the Kitchen of Love)’]. You know he’s really into that now – cooking!” Starr said in The Beatles Diary Volume 2: After the Break-Up 1970-2001. “I also asked George to write one, but there was an old one of his that was never released by anybody that I always loved. I was on the session when it was recorded so, in the end, I asked him if instead of writing one, could I have [‘I’ll Still Love You’]?”

Harrison originally called this track “Whenever,” and that turned out to be quite appropriate: The well-traveled “I’ll Still Love You” was on its third name and had already been attempted by a several other interpreters. Harrison originally wrote “Whenever” in the ’60s with James Bond theme singer Shirley Bassey in mind, demoed the track (now called “When Every Song Is Sung”) for 1970’s All Things Must Pass and tried unsuccessfully to make something of it during sessions with Ronnie Spector, Cilla Black and Leon Russell over the next few years.

Mardin and Starr ultimately didn’t fare any better, as Mardin’s decision to use a plasticine Arp String Ensemble almost single-handedly ruined things. “I’ll Still Love You” had been transformed into a maudlin drag, leaving an apparently embarrassed Harrison to contact his lawyer. The matter was reportedly settled out of court.

Elsewhere, a group that includes Dr. John, Melissa Manchester, Jim Keltner, Klaus Voormann and Peter Frampton still can’t lift “A Dose of Rock ‘n’ Roll” out of its rote slumber. Eric Clapton‘s “This Be Called a Song” is thin calypso-inflected gruel. There’s also a pointless cover of an old Bruce Channel song (“Hey! Baby”), another swing through Nashville (“Cryin'”) and, rather confusingly, a song with an actual Mexican-restaurant mariachi band (“Las Brisas”).

The results were dead on arrival, a feeling underscored by sales figures for Starr’s advance single “A Dose of Rock ‘n’ Roll.” It crept to No. 26 in the U.S. but failed to chart in the U.K. – heralding the album’s disappointing end. “Hey! Baby” then got no higher than No. 74 on the Billboard Hot 100.

“You talk about picking singles: I thought ‘Dose of Rock ‘n’ Roll’ could not fail – and ‘Hey! Baby,’ I mean, are you kidding? And they did nothing,” a now-confused Starr told Bill Minkin in 1977. “After all these years, I don’t know what a No. 1 is. I think I know, and I put the records out and it ends up they’re not. Something happens. I don’t know.”

By all accounts, the sessions were easygoing and fun. Paul and Linda McCartney stopped by during a break on their Wings Over America tour. Lennon’s backing group for “Cookin’ (In the Kitchen of Love)” included guitarist Danny Kortchmar, who’d also collaborated with fellow Rotogravure guest Harry Nilsson on 1974’s Pussy Cats. Kortchmar ended up appearing on “A Dose of Rock ‘n’ Roll” and “Lady Gaye,” too.

Lennon “asked that I play; I was totally thrilled,” Kortchmar told Billboard in 2001. “Good bandleader. He knew how to get a band all going in one direction. That’s not a skill all singer-songwriters have. Ringo – sweetest guy in the world. Lovely man, and everyone that ever met him will tell you the same.”

Still, the unifying concept guiding Ringo’s Rotogravure was past its expiration date, and there was nothing the always-game Starr could do to save it. Same with Mardin. He was certainly a big name, but Starr’s new producer was coming off a transformational turn with the Bee Gees. Ringo’s Rotogravure couldn’t have been further removed from their recent Mardin-helmed smash “Jive Talkin’.”

“You can’t get Arif to produce you unless you sign to Atlantic,” Starr told Minkin. “We met Arif, he came to London for five hours to have a chat and at the end I said, ‘I’d like to work with you,’ and he said, ‘Well, I’d like to work with you.’ I made him come to L.A., and we were still getting to know each other in a way, and he didn’t know the players.”

Ringo’s Rotogravure got to No. 28 in the U.S., but that was still well off the Top 10 pace set by Ringo and Goodnight Vienna. Worse still, it didn’t chart at all in Starr’s native U.K., signaling the end of an era. “There’s not much I can say about Rotogravure,” Starr added. “It was a nice meeting place for Arif and I.”

From there, Mardin took a more assertive role on 1977’s Ringo the 4th, following his then-hot dance-oriented approach. When that LP flopped, however, Starr’s brief association with Atlantic ended. He never had another Top 40 album.