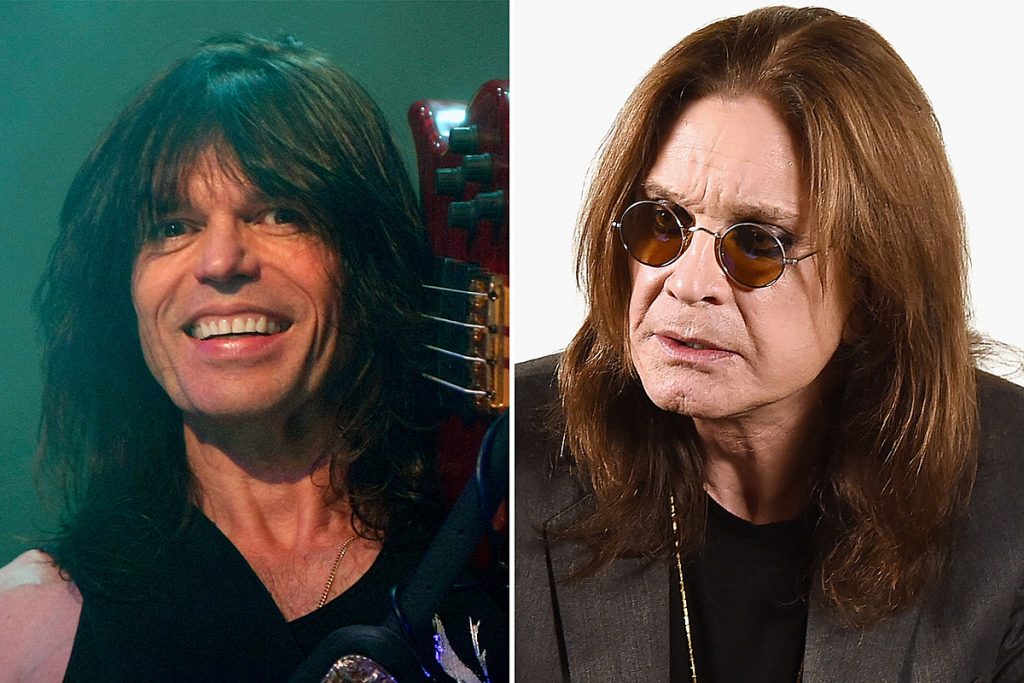 Former Quiet Riot, Whitesnake and Dio bassist Rudy Sarzo said he found it easy to refuse an early invitation to join Ozzy Osbourne’s band – even though he was a “starving musician” at the time.

Sarzo eventually joined Osbourne in March 1981 after previously declining an invitation to join. He said no, was asked again and then accepted, after the dismissal of Bob Daisley, on the recommendation of guitarist Randy Rhoads, who was also a former member of Quiet Riot.

He left in September the following year after Rhoads’ death and rejoined Quiet Riot.

Asked about refusing Osbourne’s first approach, Sarzo told the Chuck Shute Podcast that he wanted to remain loyal to Angel, the band he was in at the time. “I never walk out of a situation,” he said. “I never leave people stranded.”

Sarzo recalled he was “sleeping on the floor. I wasn’t making any money on the road with Angel. … I was just another starving musician in L.A. that happened to be in the band call Angel, who at the time did not have a record label and they were struggling to get signed to another label. It was no real promising future. I was in the band, so I wasn’t about to like jump ship immediately.”

He said he received a call from Sharon Osbourne and told her he wasn’t interested – but argued that it wasn’t the big deal it might seem like now. “When we talk about Sharon Osbourne today, everybody knows Sharon … a very powerful, successful woman, married and managing one of the most recognizable and successful individuals in the entertainment industry,” he explained. “It wasn’t like that 40 years ago. Ozzy did not have the profile that he has today … and Sharon, she was just Ozzy‘s manager, or not even Ozzy‘s manager. She was the daughter or Ozzy‘s manager. … So, it wasn’t like, ‘Oh my goodness, I got a call from Sharon Osbourne.’”

Sarzo noted, at the time of the invitation, he didn’t know much about Osbourne’s solo plans; Black Sabbath were “kicking butt” with new singer Ronnie James Dio, he remembered.

“It wasn’t like, ‘Oh yeah, Ozzy Osbourne, the guy who’s got Blizzard of Ozz and Diary of A Madman … those records, they there were not on the radio,” he said. “I had never heard the record. I knew nothing about the music … my best reference was that Randy Rhoads was in the band.”