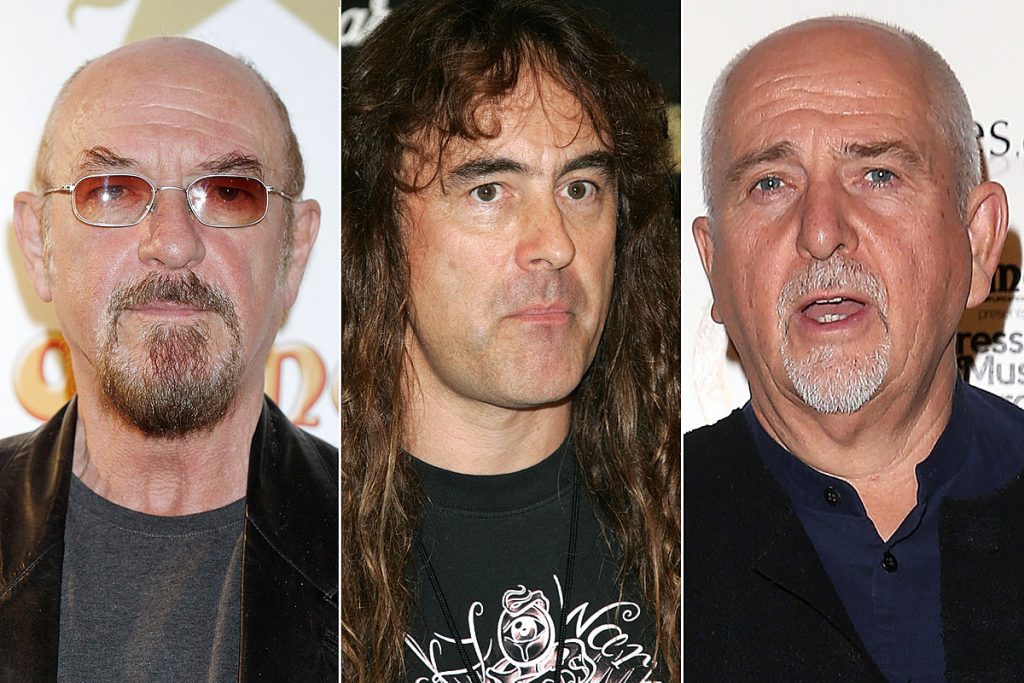 Iron Maiden bassist Steve Harris said he was so concerned about appearing to be a “fanboy” that he avoided contact with his musical heroes Ian Anderson and Peter Gabriel.

In a new interview with Classic Rock, Harris said he never considered collaborating with artists he rated highly, including the Jethro Tull and former Genesis frontmen.

“When you’re into bands that much, you don’t really think about working with them,” he said. “You never really have a chance. You tend to put them on a pedestal.” Responding to the suggestion it was “weird” to hear Harris speaking like that, he noted, “Yeah, but I have people that I look up to too.

Asked which musician he’d work with if he could find the time, Harris replied, “I’d say Michael Schenker. He’s probably my favorite rock guitar player ever. I always loved UFO.”

But, he added, he didn’t have enough time to complete his current wish list between duties with Iron Maiden and his side project British Lion. “David Hawkins [of British Lion] said he’d love to do another album with me, doing some prog stuff,” he explained. “I went, ‘You’re joking, ain’t you? I ain’t got time to do these two, let along something else.’”

Rumors continue to circulate that Iron Maiden have completed work on a new album – but Harris refused to talk about whether an LP would arrive before the band appear at this year’s Download festival in the U.K. “You know I can’t tell you that,” he said.