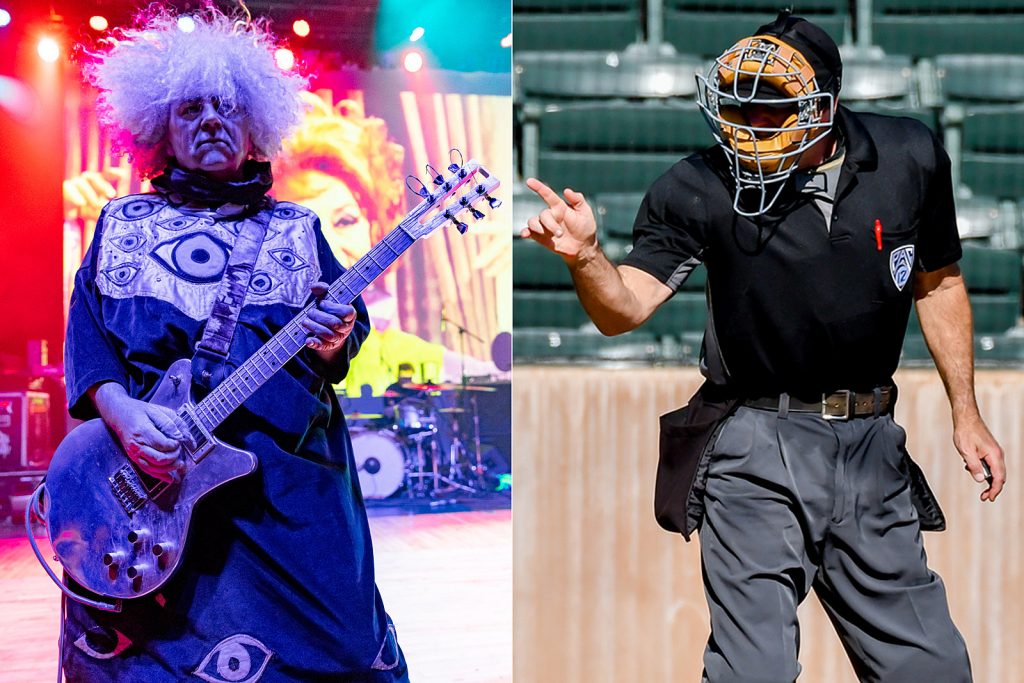 It’s safe to say the King Buzzo isn’t a fan of Major League Baseball’s recent attempts to shorten their games.

“That’s just bullshit. You’re ruining everything,” the Melvins frontman tells UCR. “I like the idea that baseball could technically go on forever. I like all that kind of strategy. All their attempts to speed the game up don’t work. It’s just stupid, why would you want to change it for people who already don’t like baseball? My wife doesn’t care about baseball. It’s boring to her after one inning, you’re not going to get her into it.”

In an attempt to combat declining TV ratings, decreasing live attendance and the perception that games have gotten too long, in recent years the league has enacted new rules designed to reduce the time players are allowed to spend between pitches.

But Buzzo, a longtime Los Angeles Dodgers fan, thinks the sport would be better without the rule changes. “You know, now you have to pitch [in a shorter amount of time], [the batters] can’t step out of the box. It’s already hard enough for the batter. Now you’re going to make it to where he can’t screw up the pitcher’s rhythm. He can’t, you’re not going to let him do that. And now they wonder why there’s more home runs than ever. Let the pitcher do what he’s doing, let the pitcher take his time. Now these guys are in the box all the time, the pitcher can’t take as many time outs as he wants to, the batter can’t step out of the box, they have to go… well, that’s just going to make more home runs. And now they wonder, ‘well, what are we going to do about that?’ Well what you do about that is put it back the way it was. If you have a pitcher who’s on his rhythm, and you can’t get him out of it it’s going to be tough for the batter. And then you’re going to screw it up the other way too, not let the pitcher do what he needs to do, I just think it’s dumb. It doesn’t work.”

He also doesn’t see the need for baseball to worry about the clock. “The length of the games doesn’t bother me, I think that’s just the way the sport is. I personally like sports that don’t have a clock. I don’t like the clock as a weapon to win a game. With baseball you didn’t lose because you didn’t have a chance to win. You got just as many chances at the other team got, and you lost. I don’t like the idea that you down the ball for two minutes and then the other team loses. I like sports like tennis, golf, baseball, where you have to win the game. You can have the best round of golf in your life through 17 holes, and if you blow the last hole you don’t win. You can’t just run the clock out and then win the game.”

The National League’s new decision to permanently adopt the designated hitter, a non-fielding player who takes the place of the pitcher in the batting order, also gets low marks from Buzzo. The American League has employed the designated hitter since 1973, but up until now National League managers were faced with difficult decisions about whether to keep or replace traditionally poor-hitting pitchers in the lineup during crucial at-bats.

“I think it takes a strategy out of the game that is really cool,” he says of the National League’s new rule. “If you’re going to go that far, why don’t you just have a defense and an offense then? The pitcher has to go against nine designated hitters. I kind of believe if you can’t put a glove on, you shouldn’t be out there. Although the Dodgers had guys that they used strictly for pinch hitting, I think that’s fine. David Ortiz got put in the Hall of Fame, I think he only put a mitt on in the World Series, or inter-league games. I think that’s silly. Not to take anything away from his batting expertise, but I don’t like it, I don’t like the DH, I think it’s dumb.”

“I’m friends with Randy Johnson, the pitcher, and he said that he preferred not to bat, but he understood it,” Buzzo concludes. “He wanted to be a good hitter so they wouldn’t pull him out of the game early. When things got tight, he wanted them to have the confidence to leave him in. Guys like Greg Maddux, when he was with the Dodgers, he’d lay down a hundred bunts a day, even on his off days. That’s baseball. That’s what I like about it, it’s the magic of baseball, let’s not mess with that. Let’s just not. All their attempts to do that are not going to bring people in, it’s just not.”

The Melvins are currently touring North America alongside Ministry and Corrosion of Conformity. Last year they released Five Legged Dog, a massive four-album pandemic-inspired project featuring newly recorded acoustic versions of songs from throughout their career.