Why the Temptations Gave the No. 1 Hit ‘War’ to Edwin Starr 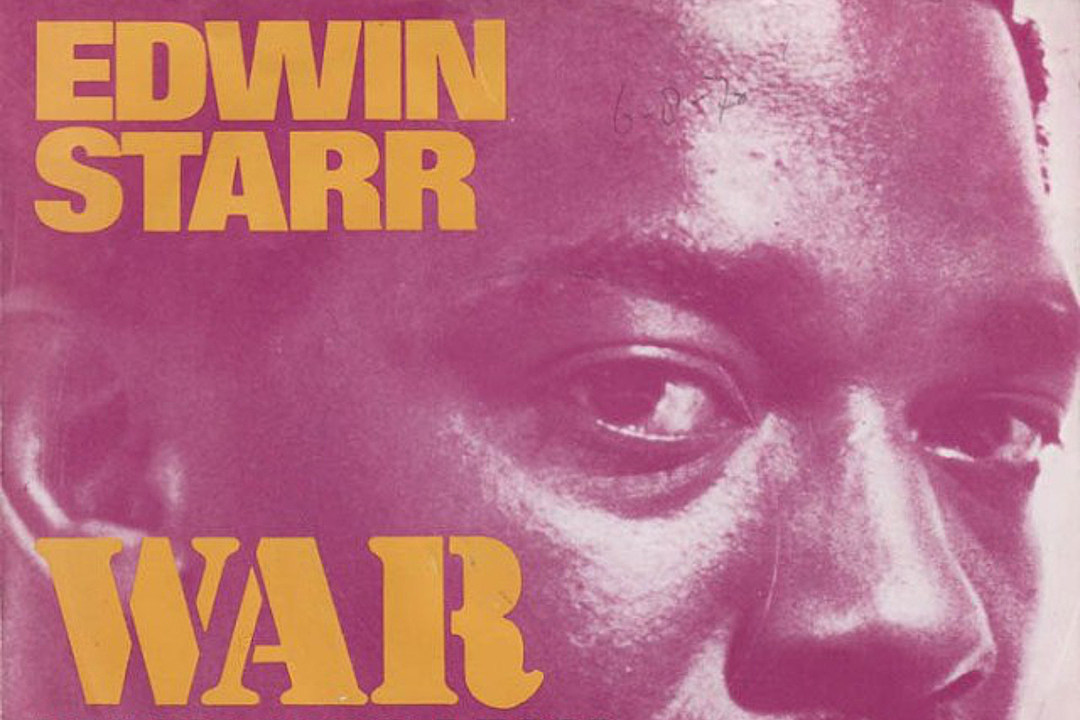 In August of 1970, America embraced one of the most powerful protest songs in music history, as “War” by Edwin Starr reached No. 1.

But Starr only got his chance at stardom because the label behind the Tempations, who recorded the song first, felt that the politically-charged subject matter made the track too risky to release as a single.

“War” was penned in 1969 by Norman Whitfield and Barrett Strong, the songwriting duo behind such iconic tracks as Marvin Gaye’s “I Heard It Through the Grapevine.” In this case, Whitfield and Strong had their creation earmarked for the Temptations.

Whitfield had produced much of the soul group’s early work, and his relationship with the Temptations made them a natural fit for “War.”

The Temptations would include their version of the song on Psychedelic Shack, their LP released in March of 1970. The album cut resonated with listeners, many of whom wrote letters to Motown Records begging the label to release “War” as a single.

Berry Gordy, Motown’s founder, was weary of such a move. The Temptations represented one of the label’s mainstream success stories, and were popular across the board with both black and white audiences. The last thing the executive wanted to do was potentially alienate listeners by spotlighting a polarizing, politically charged song.

Enter Starr, another talented artist on Motown’s roster. The singer was previously signed to Ric-Tic, a smaller Detroit recording label, where he scored modest hits with the songs “Agent Double-O-Soul,” “Back Street” and “Stop Her on Sight (S.O.S.).” Motown purchased Ric-Tic in 1968, absorbing the label’s roster, including Starr, into their own.

Despite landing a Top 10 hit with his 1969 single “Twenty-Five Miles,” Starr was not considered a priority to his new label. When the singer heard the discussion surrounding “War,” he volunteered to record his own version of the track so it could be released as a single.

“I was given the opportunity to record the song but I made the stipulation that I must record it with the feeling that I thought was right for it,” Starr later recalled during an interview with Palace FM. “And I was given that privilege to do so.”

Starr’s rendition was different from the Temptations’ original. Though both tunes contained a defiant, anti-conflict message, Starr’s version was aggressive and more intense. The singer’s soulful rasp added a sense of urgency to the track, while Starr’s interjections – such as “good God y’all” – became iconic.

“When ‘War’ was initially put out it was a touchy song that it was a very hard situation to work because of the lyric content of the song,” Starr explained. “But as the song grew in popularity so did the relaxed attitude of the people saying, ‘Well you know that’s anti-American.’ They kind of took it on to it being exactly what it was. It was not anti-anything it was just simply saying we’re in a fruitless situation and it needs to come to an end.”

Starr’s rendition of “War” hit No. 1 on the Billboard Hot 100 chart on Aug. 29, 1970, a position it would hold for three consecutive weeks. The track also became one of the most identifiable protest songs of its era, regularly chanted during rallies and marches opposing the Vietnam War.

The song’s success cast Starr as something of a soul-singing activist. Further singles, such as “Stop the War Now” and “Who Is the Leader of the People” looked to capitalize on that image, though none would reach the same commercial heights as their predecessor.

The impact and legacy of “War” would reverberate through future generations, as artists as varied as Bruce Springsteen and Frankie Goes to Hollywood would cover the song. In 1999, Starr’s recording of “War” was inducted into the Grammy Hall of Fame.