Why the Who’s Drummer Invited Fans to Moon Him 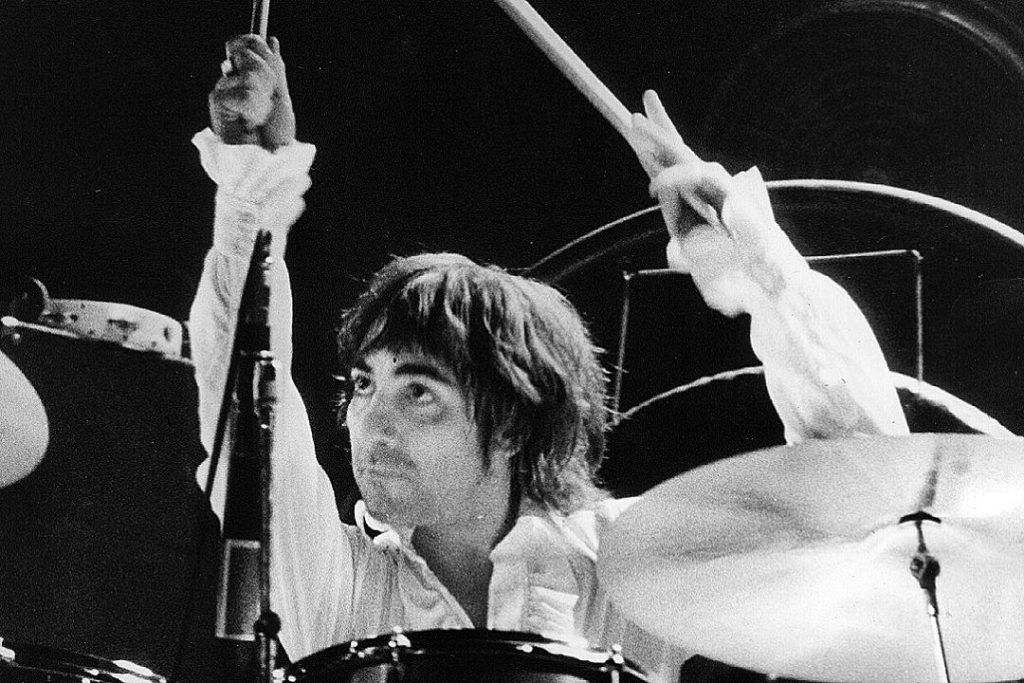 A marketing contest for Keith Moon’s solo album Two Sides of the Moon took things to the next level, inviting fans to submit photos of their own “moon.”

The solo debut by the Who drummer arrived in March 1975 with a guest list of more than 60 artists, which helps to explain how MCA Records eventually got stuck with a $200,000 bill for the recording sessions.

Upon the album’s release, promotion kicked into high gear with one ad urging fans: “Do get caught with your pants down.” Expanding on that idea, the alt-weekly Cleveland Scene invited readers to follow the lead of Moon (who had included a shot of his bare behind in the album insert) and submit a photograph of their own “fleshy buns.”

“We suggest that you use your imagination and paint, glitter or arrange your ‘pumpkin’ in a pleasing fashion,” the paper suggested. “Posteriors must be totally exposed to be considered valid, and judges will not discriminate between male and female.”

Grand prize winner Armin Unger received the entire slate of MCA’s releases in 1975. Copies of Two Sides of the Moon were also awarded to 50 other participants. “Hundreds of your moons will be included on a 22×35 color poster,” the contest promised, adding that each entrant would also receive a copy of the “limited-edition collector’s moon poster.”

You can watch a video about the contest below.

The album included covers of some of Moon’s favorite songs – like the Beatles‘ “In My Life,” the Beach Boys‘ “Don’t Worry Baby” and his own band’s “The Kids are Alright” – as well as originals and studio goofs among the drummer and his friends. While Two Sides of the Moon has some curio appeal these days, contemporary reviews for the record were not kind.

“It’s hard to imagine the auteur of this alternately vulgar, silly and tender travesty/tour de force as anyone but Keith Moon,” wrote Robert Christgau, who gave the album a B grade. “His madness translates not only to film (Stardust, Tommy) but even to the supersolo studio jobs that this parodies so deliciously. I presume they thought it was funny to mix the backup singers (Nilsson, Nelson, Flo & Eddie) up in front of the guy with his name on the cover. And it was.”

Despite the star power, Two Sides of the Moon tanked and plans for a follow-up were quickly shelved. Moon died just a few years later in 1978 at the age of 32.