Why the Yardbirds’ ‘Little Games’ Stumbled, Despite Jimmy Page 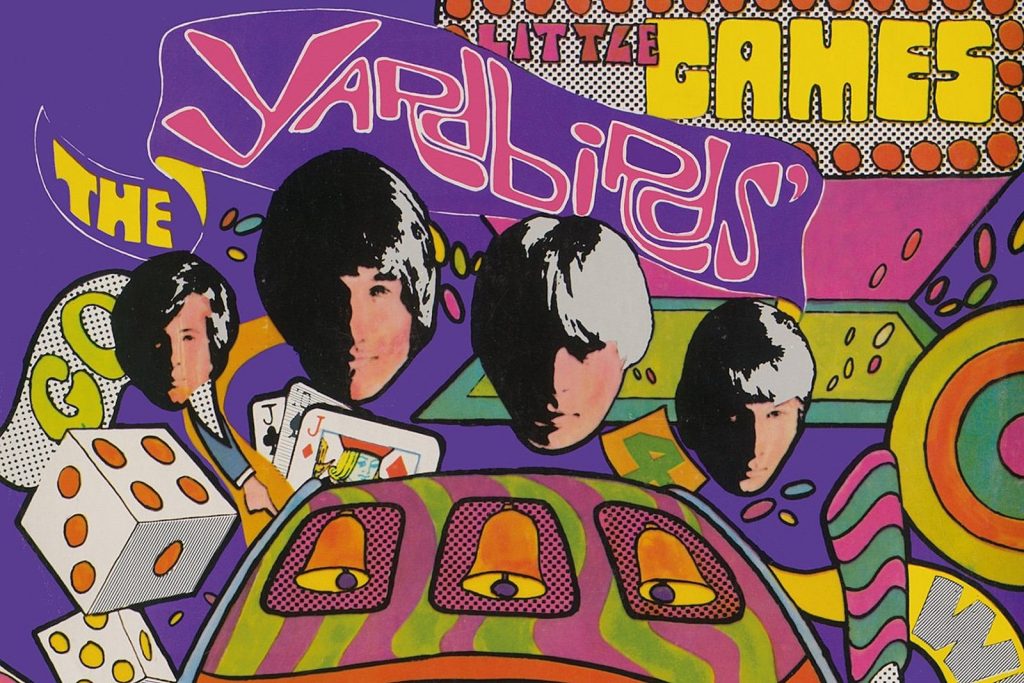 Little Games arrived on July 24, 1967, after another lineup shift for the Yardbirds. Yet something deeply interesting continued with their music.

Jeff Beck and Paul Samwell-Smith had exited following the band’s most critically and commercially successful period, opening the door for Jimmy Page to step forward as lead guitarist. At the same time, the zeitgeist was moving from a singles-focused format into the album era. Bands were broadly expanding songs in concert.

There was freedom in the air. Just not in throwback producer Mickie Most’s sessions. “You have no idea how quickly the Little Games album was recorded,” Page told writer Tony Bacon in 2014. His approach was “‘Right, red light’s on, take, next … ,’ because Mickie Most didn’t like albums. He only liked singles.”

Instead of stretching out, as the Yardbirds had been doing onstage with songs like “Dazed and Confused,” they were racing through compact, more pop-leaning tracks in the studio. There were just four days allotted for recording. When co-founding bassist Chris Dreja and drummer Jim McCarty weren’t available, Most simply subbed studio musicians – including Page’s future Led Zeppelin bandmate John Paul Jones.

The group in some cases never even had a chance to hear playbacks, which might be why “Little Soldier Boy” apparently ended up with a McCarty guide vocal where a trumpet was to have been.

Page began his career as a sessions ace, so he knew how to manage this flurry of activity. “He was used to doing what people wanted in the best way possible,” McCarty told Forbes in 2015. “He was precise and businesslike.” Still, this was quite obviously a huge opportunity missed.

Relf and Dreja were often involved with songwriting on Little Games, but a powerful new songwriting tandem seemed to be developing between Page and McCarty. Their names appeared on six of the 10 songs from Little Games, including the duo-written “Tinker, Tailor, Soldier, Sailor.”

McCarty “brought in a lot of swing and a lot of drive to what we did,” Page said in the liner notes for Yardbirds ’68, “and he also wrote material in a really fantastic, unique way.”

At the same time, Page had come onboard during the Yardbirds’ exciting shift from determined Eric Clapton-inspired classicism to Beck’s free-form psychedelia. Page might have taken the group toward his previously unseen vistas, but Most made sure he was never given space to do so.

The result was an album that will always be defined by what might have been – or, to put a finer point on it, what would one day be: It’s easy to draw a straight line, for instance, from the suspended guitars on “Tinker, Tailor, Soldier, Sailor” to Led Zeppelin’s “The Song Remains the Same.” Page also brings out the violin bow for the first time on record.

“What is somewhat funny is I presented Mickie with the poppiest version,” he says of “Tinker, Tailor, Soldier, Sailor” in Light & Shade: Conversations With Jimmy Page. “Here I am talking about shooting ourselves in the foot by doing pop stuff, but I really sort of enabled the situation by coming up with parts that were intentionally quite catchy. I guess I still had that instinct from doing sessions for all those years.”

“White Summer,” a Page-written Little Games instrumental based on a traditional song, feels like the first pass on Led Zeppelin’s “Black Mountain Side.” Page made the connection clear by combining the songs during the band’s early tours.

It doesn’t all point forward: The group-composed “Smile on Me” once again settles into the Yardbirds’ spaced-out blues vibe. More often, however, Little Games tends to feel like a rushed-along early dress rehearsal for Led Zeppelin. Even the B-side of their final single, April 1968’s pretty heavy “Think About It,” swipes a solo Page had been employing during the Yardbirds’ live updates of “Dazed and Confused.”

Listen to the Yardbirds’ Live Version of ‘Dazed and Confused’

And with that, the last planks were nailed down on the bridge toward Led Zeppelin.

“‘Dazed and Confused’ is a song with a great rock ‘n’ roll story,” McCarty said in 2013. “We played with Jake Holmes in New York when we had the last lineup — Jimmy, Keith, Chris and myself — and were looking for songs, as a lot of the group’s creative chemistry had suffered after Paul and Jeff had gone.

“I wandered backstage to watch the support act and heard some quite pleasant folky songs,” McCarty added. “Then they played this song in a minor key with a very haunting guitar run down, and I immediately thought it would suit us. I went down to a record store in Greenwich Village, bought Jake’s album, and we worked out our version — later to be recorded by Zeppelin, becoming one of the classics of all time.”

Including “Dazed and Confused” might have bolstered the transitional Little Games, which instead drew little interest. The Yardbirds’ final classic-era album finished at No. 80 in the U.S. and wasn’t even released in the U.K. after its title-track lead single flopped. They halfheartedly toured the record before McCarty and Relf departed for Renaissance in July 1968, with McCarty later describing Mickie Most as the “protagonist in our downfall.” “I really wanted the Yardbirds to continue, because I really believed in it,” Page told Tony Bacon. “They wanted to try something else. They didn’t want to be the Yardbirds anymore, so that’s it.”

Dreja and Page began rebuilding again since there were more scheduled dates to play that summer — but then Dreja quit, too. Page patched together the so-called New Yardbirds with Jones, Robert Plant and John Bonham, a configuration that remained into October 1968 before officially becoming Led Zeppelin.

“Dazed and Confused” would continue evolving under the Zeppelin banner, getting heavier and darker and heavier still, to the point where any of Page’s fans from the Yardbirds days were left just that way – dazed and confused.

“It was pretty radical from anything else that they’d heard, that’s for sure,” Page told Cuepoint‘s Alan Light in 2014. “But it was meant to be. It was meant to scare the pants off of you!”

Legends Who Never Had a No. 1 Single

It’s all the more surprising when you consider the success so many of them had by any other measure.

Was Jimmy Page Almost Part of a New Supergroup?