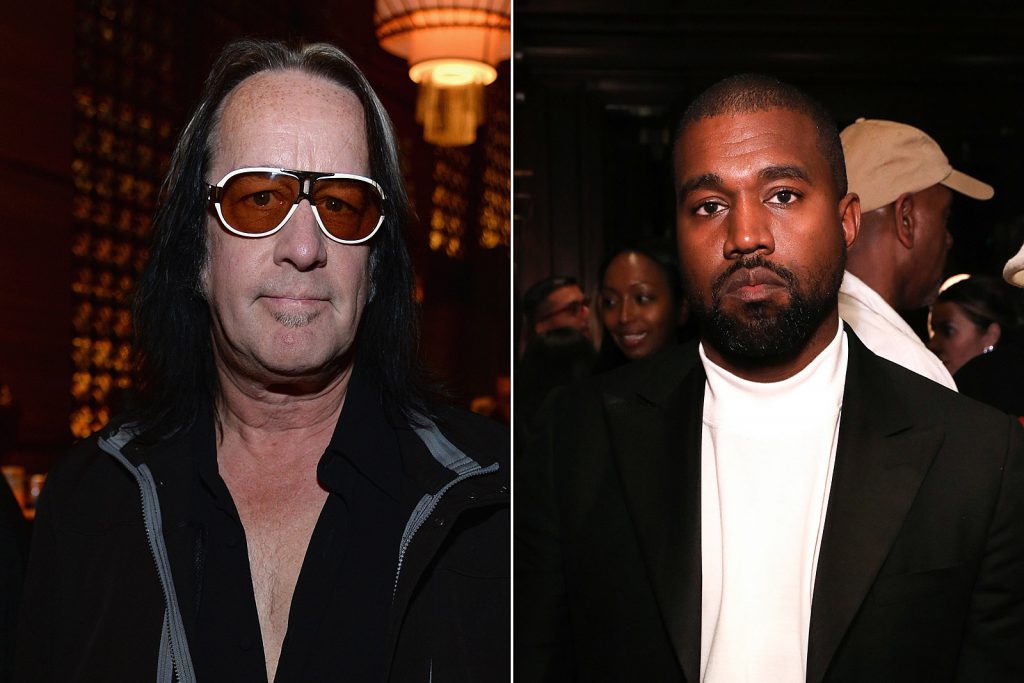 The record features a range of guests, from Jay Z to Marilyn Manson, but one person you won’t find on there is Todd Rundgren, who was asked to participate but apparently didn’t make the final cut.

“I’m one of the few artists not on Kanye’s album,” Rundgren tells UCR. He says even went out of his way to make himself available for sessions. “I have three albums worth of Kanye stems on my computer. Because I kept getting called by Kanye to add vocals onto the record. When it got into the homestretch in July, I just said, ‘That’s enough for me. I have no idea whether any of this is being used.’ You don’t get much feedback from him regarding what it is.”

Rundgren was enlisted by producer 88-Keys, whom Rundgren calls a “terrific guy. … He’s a big fan of mine and wanted to see us work together.” No matter the subject matter, he was happy to participate. “I didn’t mind working on his gospel stuff. If you want to sing about Jesus, go ahead, I don’t care. I’ll help ya do it, you know? If you want to sing about your troubles with your wife, go ahead and do it. I don’t care”

Still, Rundgren gets weary recalling how he reached a breaking point. “I’m still a producer, and I don’t just want to be like driftwood in the process,” he says. “If I can contribute something, fine. If I can’t, just let me know. I’m out of here.” Yet, he doesn’t know for sure if maybe some of his contributions are buried in the final mixes. “There is a possibility that I’m actually in there somewhere. There’s so much junk in that record!”

Rundgren says he eventually came to the realization that West is “a shoe designer. … He’s just a dilettante at this point. Nobody would regularly make records like that unless they had stupid money to throw around. Nobody rents a stadium to make a record in. Nobody flies in the entire world of hip-hop just to croak one syllable, just so you can say that everybody was on it.

“My involvement went on for a year, and in the end I realized why they hurriedly wrapped the whole thing up and put out what is obviously really raw, unprocessed stuff. It’s because Drake was running the whole process. He was too afraid that Drake would one-up him, so he hurried up and released the album the weekend before Drake could get his out. And in the end, Drake ate his lunch anyway.”

Rundgren will be inducted into the Rock & Roll Hall of Fame next month. He’ll launch the Individualist, a True Star tour in October, too, playing album sides from his classic 1973 record A Wizard, a True Star, as well as a rotating selection of fan favorites from throughout his career.

From David Bowie to Metallica, these are the most shocking rock star fashion reinventions.