Why Tony Iommi Walked Out of Jethro Tull Audition 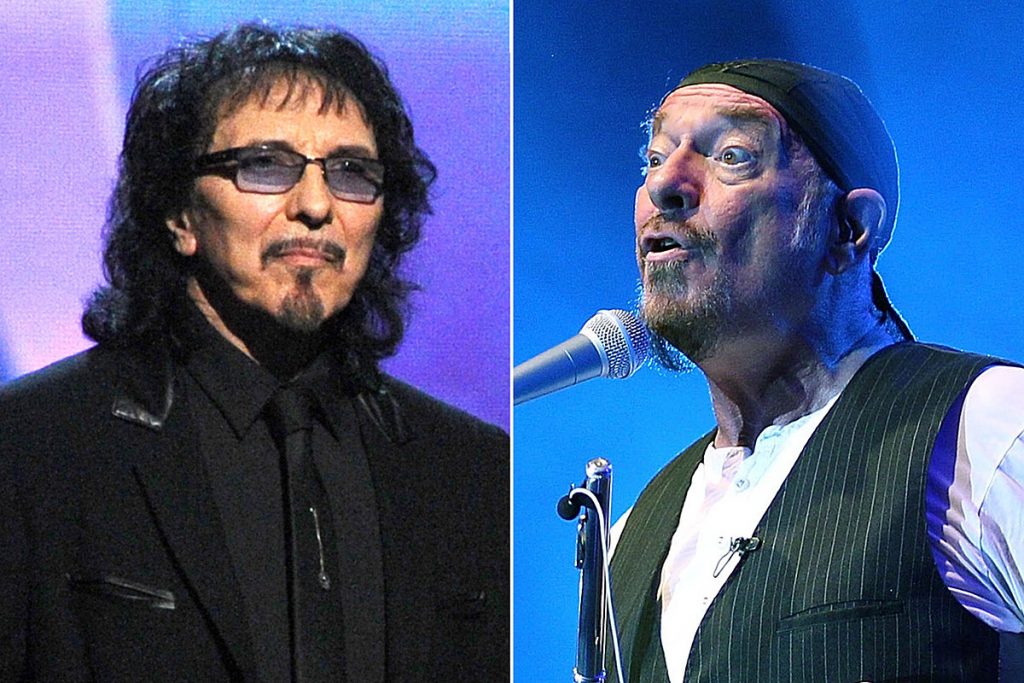 Before Black Sabbath began to refine the distinctive sound that would make them famous, Tony Iommi spent two weeks as a member of Jethro Tull – but even that brief tenure almost didn’t happen.

Iommi played guitar for Ian Anderson’s band when they appeared on the Rolling Stones’ Rock and Roll Circus concert movie in December 1968, even though he told bandmate Geezer Butler he didn’t really want to do it.

“I’ve always been a bit, not scared, to jump out of my field,” Iommi told Guitar World in a new interview. “I do on my own, but if you shoved me in the Eagles, I’d go, ‘Oh Christ, what do I do here?’ Much like when I was with Jethro Tull. I did that short thing with them, after Mick Abrahams and before Martin Barre. We’d supported them on one of their gigs, and they asked me, and I was like, ‘Oh God, I don’t know.’ On the way back, I was driving the van and I said, ‘They’ve asked me if I’ll join them.’ And they’re going, ‘You should go for it, it’s a great opportunity.’ I felt really bad.”

He eventually accepted an invitation from Tull’s management to attend a tryout in London. “I got there and there’s, like, 50 guitar players,” Iommi remembered. “I went, ‘Oh God, what’s going on?’ Because I thought it was just me. I got really nervous and walked out.” But someone from Anderson’s team followed him out. “He said, ‘Don’t go, don’t go.’ I said, ‘I can’t do it – there’s all these other guitar players.’ He said, ‘Sit in the cafe, and when they’re all gone, I’ll come and get you.’ So that’s what we did. And then they offered me the job.”

Iommi described the situation as “good and bad” because he “felt really sad” for the hopefuls who weren’t given the position. “When I went down to play with them, I took Geezer with me,” he recalled. “I kept saying to him, ‘I don’t feel comfortable about it.’ When I told them, ‘It’s not for me,’ they said, ‘We’ve got this movie and we can’t get anybody else quickly enough. Could you do it?’ I said, ‘Yes, I’d do that.’”

He remembered “meeting John Lennon and everybody” when the Rock and Roll Circus was being filmed, and then returning home with no certainty of what would happen next in his career. “I thought to myself, ‘Have I done the right thing, going back to playing at this blues club up the road?’” Iommi noted. “But that’s how it happened.”