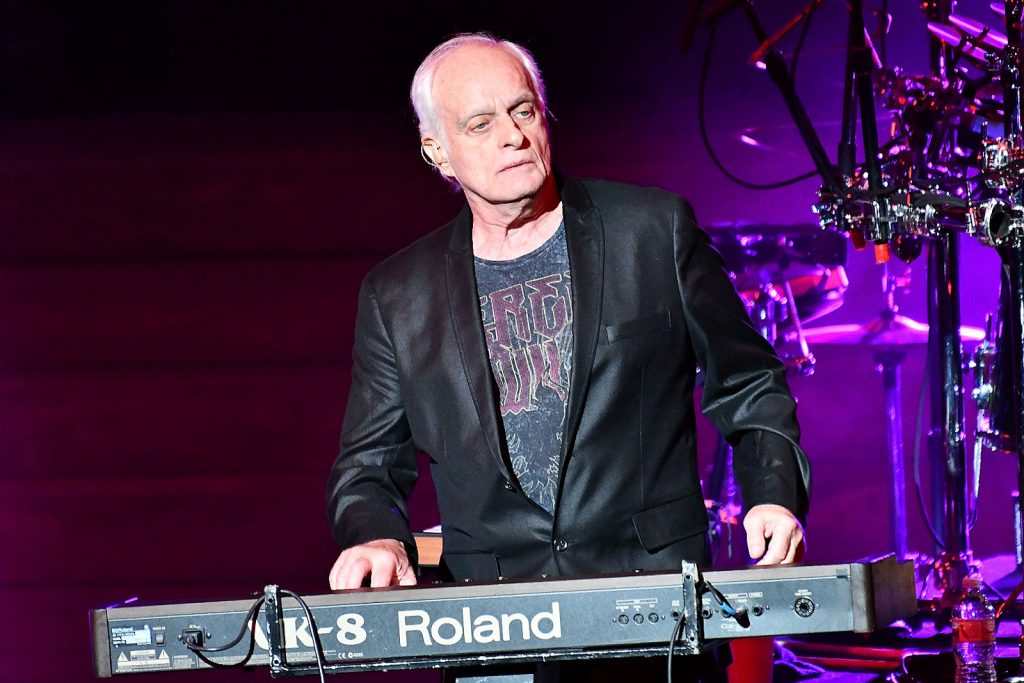 Throughout his more than 50 years of recording, original Yes keyboardist Tony Kaye had never released a solo album.

“I never really had anything to write about,” he tells UCR. However, the tragic events of 9/11 changed that, and even though it took another two decades to finish and finally release the record, Kaye’s solo effort End of Innocence has arrived.

Kaye is quick to maintain that the 20th anniversary of the attack has nothing to do with the album’s timing. “It was not on my mind at all,” he claims. “I was just writing music. I had no one pushing me into a finish date, and it was really only when I got back together with [Yes] for the 50th anniversary and Hall of Fame [induction in 2017] I got encouraged by the manager of the band. I got to play some of the Why Tony Kaye’s 9/11-Inspired Solo Album Took 20 Years to Make track, and he encouraged me to finish it. I’m happy it coincided with the 20th anniversary. That’s the perfect situation, really, but it wasn’t something I had planned.”

A move from Los Angeles to Florida and the onset of the COVID-19 pandemic, Kaye adds, provided further impetus to finally complete the LP. “There was really nothing more to do than kind of sit in a studio and finish it,” he says. “It was kind of a good thing that came out of a miserable time.”

Listen to ‘Flight 11’ From ‘End of Innocence’

Kaye was with Yes for their first three albums, leaving in 1971 and then rejoining in 1983 for the triple-platinum success of 90215 through 1994’s Talk. He’s been a featured performer on recent Yes tours and been part of the group’s Cruise to the Edge boat trips. He had moved to Los Angeles during the mid-’70s – when he worked with Badger, Detective and Badfinger – and was living there, retired from music at the time of the 9/11 attacks.

“That obviously was a pretty intense thing, probably the most monumental thing that happened in my lifetime, so I was inspired to write about it,” Kaye recalls. “I got out my keyboards for the first time in a very long time and just let the inspiration take me.”

“This is not rock ‘n’ roll,” Kaye acknowledges. “It’s very different to what I’ve done before, and it’s more, I guess, orchestral in a way. It’s got a lot of different emotions wrapped up in it. I hope it’s something that helps the listener. I hope they listen to it from beginning to end, and that it says something that helps them remember and think about what happened that day, in a positive way.”

With End of Innocence finally out there, Kaye is now working on a new album with Circa, the group he formed with current Yes bassist Billy Sherwood. It will be the quartet’s first release in more than five years. He’s been invited to be part of next year’s Cruise to the Edge, slated for May 2-7, and is awaiting word about Yes’s future touring plans. Kaye is also working with wife Torchia on some of her songs.

Still, he’s not predicting another solo album. “There’s probably nothing to follow this,” Kaye admits. “It’s a one-off thing, and it’s taken 20 years to do. I can’t really imagine a follow-up. I don’t have 20 years!” But Kaye adds he “wouldn’t say no” to an opportunity to play End of Innocence live. “I can imagine it with a full orchestra and band,” he says. “It could be a pretty neat thing to do, so hopefully we’ll get that chance.”