Why Two Hours Was Cut From ‘Planes, Trains and Automobiles’ 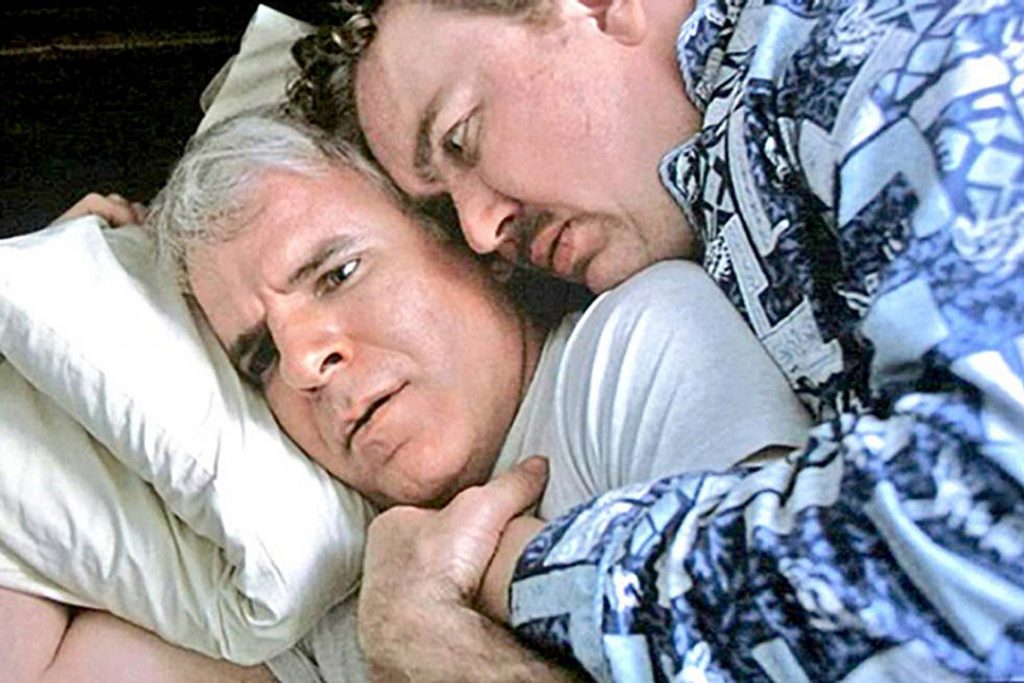 There may be no more iconic Thanksgiving film than John Hughes‘ Planes, Trains and Automobiles. And, like most iconic movies these days, it’s now the subject of both remake rumors and intense nostalgia, the latter of which is increasingly taking the form of calls for the release of an original cut of the film that was three hours and forty-five minutes long. But the possible existence of this longer cut is only the start of a classic Hollywood tale: not only did the movie once exist in a much different form, two months before it opened it seemed almost certain to be a box-office disaster.

The story begins with the release of the film itself. Relating the misadventures of a pair of strangers – advertising executive Neal Page (Steve Martin) and shower-curtain salesman Del Griffith (John Candy) – who fall in together as they try to make it from New York to Chicago in time for the Thanksgiving holiday, the movie appeared in theaters on Nov. 25, 1987.

This was the Wednesday before Thanksgiving, and the hopes for the film at Paramount were high. Martin and Candy were bankable stars, and Hughes was at the height of his powers and popularity, having released The Breakfast Club in and Weird Science in 1985, and Ferris Bueller’s Day Off in 1986. All had done extraordinarily well, both critically and at the box office. As a result, the studio had given Hughes a budget in the $30 million range for his holiday film, half of which was earmarked for a major marketing campaign. Big things were expected.

But it was not initially a huge hit. It grossed only $7,009,482 in its first weekend, and ended its theater run with returns totaling $49,530,280. This was fine, but not what might have been expected, given the star power involved and how beloved the movie has become in the intervening years. This lack of initial adulation of the film has often been explained by the fact that Planes, Trains and Automobiles was Hughes’ first attempt at a story centered around adults, and audiences at the time saw him as a director of movies for and about teenagers. But it has also recently become clear that the making of the film was a far more complicated process than people initially realized.

Watch a Trailer for ‘Planes, Trains and Automobiles’

This new understanding of the movie began with a so-called “lost scene” surfacing on the internet. This footage, which runs for about three and a half minutes, shows Neal and Del having dinner on the airplane, with Neal being disgusted by the meal he’s been served and Del being his usual loquacious self.

This footage sparked the usual internet sleuthing, and in 2020 a YouTuber named Joe Ramoni put together a video essay in which he discussed the specter of the longer version of Planes, Trains and Automobiles in depth, using not only the deleted airplane scene but also clues from the existing cut of the film and excerpts from several versions of Hughes’ script.

As Ramoni noted, there were both scenes and entire plot lines that were filmed, only to end up on the cutting room floor. These include a great deal of footage shot in the hotel room sequence in which Neal and Del have to share a bed for the night (it turns out that the burglar who steals their money was a pizza delivery guy), a detailed subplot in which Neal’s wife thinks he’s having an affair, a long conversation in which Del goes into detail about why he doesn’t have anywhere to go for Thanksgiving and more.

But the best source for all of this turns out to be the man who edited the film, Hollywood legend Paul Hirsch. In a lengthy 2019 interview he gave in support of his book A Long Time Ago in a Cutting Room Far, Far Away… Hirsch spilled a lot of fascinating details about the film.

To begin with, one of the main reasons the first cut of the film came in at three hours and forty-five minutes was that during a shoot lasting 85 days, Hughes continually added onto his own already-lengthy script. “He was rewriting scenes the night before,” Hirsch recalled, “and handing the dialogue to Candy and Steve and the scenes would get longer and longer.”

On top of this, Hughes not only shot many sequences he couldn’t use, but he radically over-shot even the scenes he did end up using.

Take the scene when Neal and Del take a taxi to their first hotel — in the original script, Hirsch explained, this was about a third of a page long. (One page is usually expected to last about a minute, so this scene would have been less than thirty seconds.) But Hughes filmed it with at least nine camera set-ups – a shot of the cab from the front, a close-up of the driver, close-ups of Neal and Del, two-shots that show both Neal and Del at the same time, etc. – and filmed so many takes that Hirsch recalled “we had forty thousand feet of film” for the scene.

A thousand feet of film is a single reel’s worth, and lasts about eleven minutes; this means that for the thirty-second sequence, Hughes had shot over six hours of footage. In the end, said Hirsch, in order to get through all that film, “I had to hire another editor and just say, ‘This is yours. Go work on this.'”

But the story gets crazier. By the beginning of September 1987, Hirsch and Hughes had a two-hour cut of the film they were ready to test on audiences. “We go for our first preview and I am supremely confident,” Hirsch remembered. “I am sky high, thinking this is one of the funniest movies ever made. And people started walking out of the screening!” In addition to audiences not responding to the movie, Hirsch and Hughes had another problem: because of the hard deadline of Thanksgiving approaching, they had little time to turn it around.

Through the course of that September they re-cut the picture nine times, showing each new version to a preview audience, until they figured out what was going wrong. It turns out that they’d had so much footage that they’d cut some things that they really needed. For example, they’d “thrown out a subplot about Candy’s and Steve’s credit cards getting mixed up.” Without this, the audience thought that what were meant to be financial shenanigans resulting from an honest mistake were actually manipulative actions on the part of the characters, which made the audience dislike them. In the end, of course, it all worked out. Hirsch and Hughes found the right cut of the film, it came out at Thanksgiving, and has since gone on to be a classic.

It’s unknown if either the original three hour and forty-five minute cut, or the two-hour cut that preceded the September screenings, even exist anymore. But it is clear that the legend surrounding them will continue to grow, and that if anyone can manage to clean one up and release it, the movie’s legions of fans will be ecstatic.