Why Two James Bond Movies Came Out in 1983 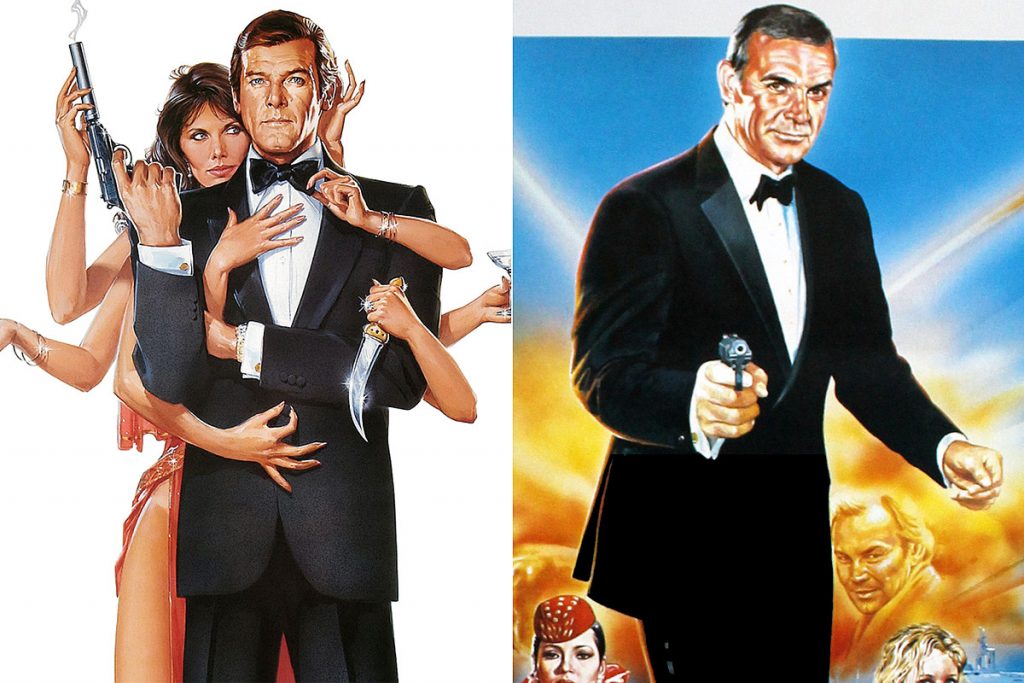 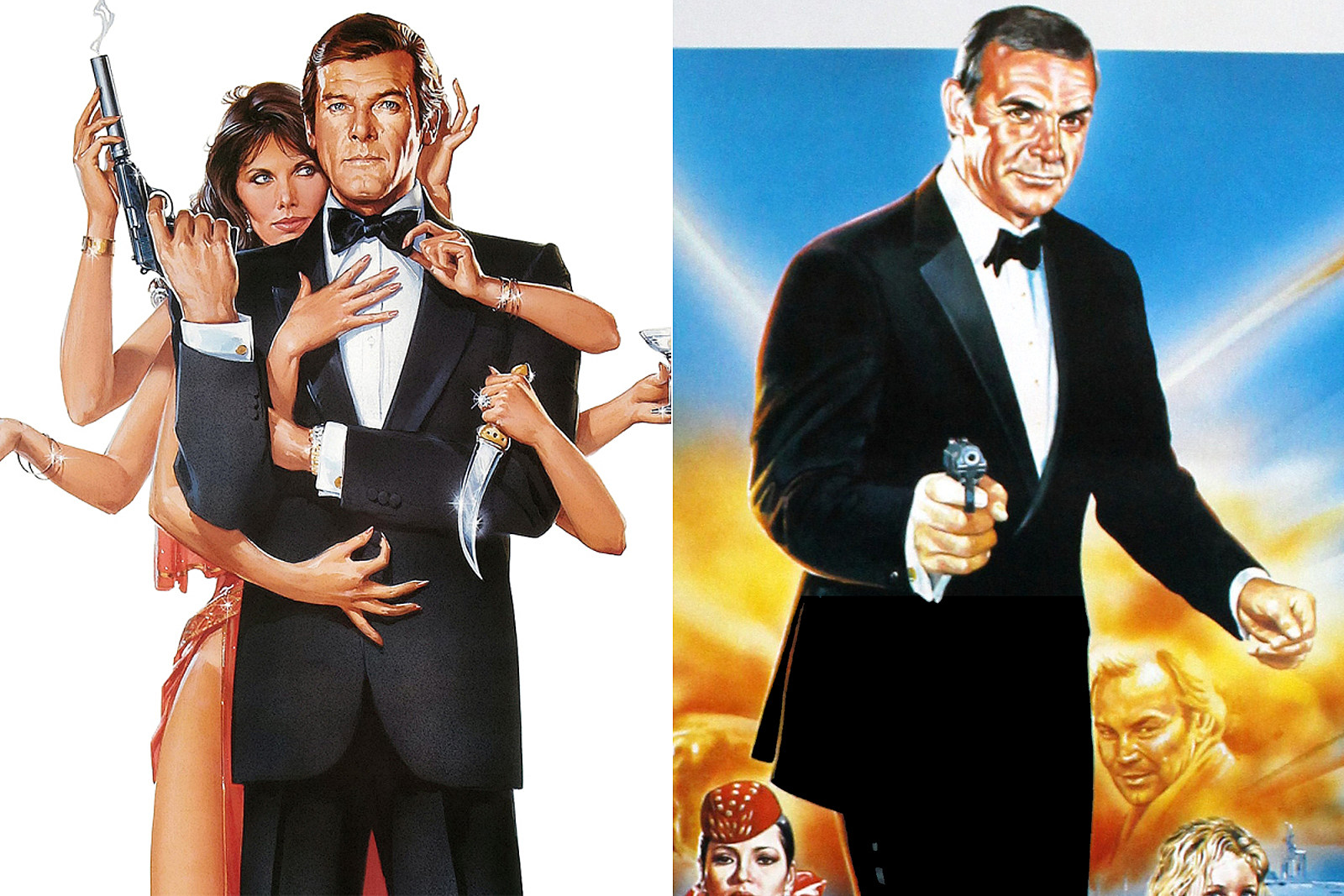 James Bond fans were given a prime opportunity to compare and contrast the styles of the two men most closely identified with the starring role in 1983. That’s when Roger Moore‘s Octopussy and Sean Connery‘s Never Say Never Again were released within a few months of each other that year.

The messy story of how there were two Bond films virtually competing against each other goes back to before 007 had even reached the screen. In 1958, Ian Fleming, the author of the James Bond novels, began working with Kevin McClory and several others on a screenplay, hashing out a basic plot over the next year. But Fleming took some time away from the project, and McClory brought in Jack Whittingham to help complete the script. They sent the result, titled Longitude 78 West, to Fleming for his approval.

Fleming took the script and turned it into the ninth Bond novel, releasing it in 1961 as Thunderball, without crediting either McClory or Whittingham. They sued Fleming, and the settlement reached at the end of the 1963 gave the writers a degree of credit in the novel. When the legal dust cleared, James Bond had already made his way into the movies through Albert “Cubby” Broccoli and Harry Saltzman’s Eon Productions. The ruling gave McClory a production credit when a film was to be made, as well as the right to create his own version 10 years after the movie was released. Thunderball, the fourth installment in the James Bond series, arrived in 1965.

By the time McClory was legally able to return to his script, Connery had publicly walked away from the role for good. He first left after 1967’s You Only Live Twice, but when George Lazenby’s interpretation of the role in On Her Majesty’s Secret Service two years later was derided, Connery was lured back for Diamonds Are Forever.

Moore was now putting his own spin on 007. Still, McClory brought in Connery to consult, but it took almost another decade for a movie to get made. Most importantly, he was able to convince Connery, now 52, to reprise the role one last time, being offered $5 million plus five percent of the U.S. box office. In a wink to Connery’s decision to return, the Thunderball remake was called Never Say Never Again, a suggestion made by Connery’s wife Micheline.

At Eon, meanwhile, Moore had planned to give up playing 007 after 1981’s For Your Eyes Only, his fifth James Bond film. They had reportedly even cast an American, James Brolin, but after learning that Connery was on board for Never Say Never Again, they pulled the offer and brought the 55-year-old Moore back, with the same salary as Connery – $5 million plus five percent of the U.S. box office.

Released on June 6, 1983, Octopussy was the natural extension of how James Bond evolved during Moore’s tenure: heavy on the action sequences, innovative gadgets and self-mocking humor. One scene even features Moore dressed as a clown to blend in with a circus performing at a U.S. Air Force base. Although neither movie is likely to be among anyone’s favorite James  Bond films, they both succeeded at the box office, with Octopussy taking in nearly $68 million and Never Say Never Again pulling in $55.4 million.

Moore played 007 one more time in 1985’s A View to a Kill, before making way for Timothy Dalton. In a 2008 interview with Entertainment Weekly, he looked back on 1983 and whether he felt there was any competition between the two actors. Moore likened it to “two jockeys who are going to be paid anyway for running the race. But it would be nice if you won because you’d get the extra bonus. But really, no more than that. Sean and I are friends.”

Even though Moore portrayed James Bond more than any other actor, in 2015 he was modest about his own place in the Bond canon, calling Connery and Daniel Craig “undoubtedly the best Bonds.” He even ranked himself “a little bit behind George Lazenby, I suppose.”

However, Connery wasn’t always complimentary of Moore’s interpretation of 007. When promoting Never Say Never Again, Connery called Moore’s portrayal “a sort of parody of the character, as it were, so you would go for the laugh or the humor at whatever the cost of the credibility or the reality. I think that’s basically the difference. … I played Bond with the reality, credibility and hopefully still encompassing stance and effect and what have you, and out of it some indigenous humor. And anything that happens is possible.”

Moore acknowledged that the comedy was key to his success. “I look around for jokes all the time, because I’m a clown,” he said. “Sean, in interviews, has said that he approached it seriously and let humor come out of it, whereas I went in the comedy door going in and came out.”

But the English-born Moore also admitted that, when he first took on the role, he found himself saying the trademark line, “My name is Bond, James Bond” by subconsciously imitating Connery’s Scottish accent.

When Moore died in 2017, Connery had nothing bad to say about the actor.

“I was very sad to hear of Roger’s passing,” read his statement. “We had an unusually long relationship by Hollywood standards that was filled with jokes and laughter. I will miss him.”