Why ZZ Top Went Behind Producer’s Back to Finish ‘Afterburner’ 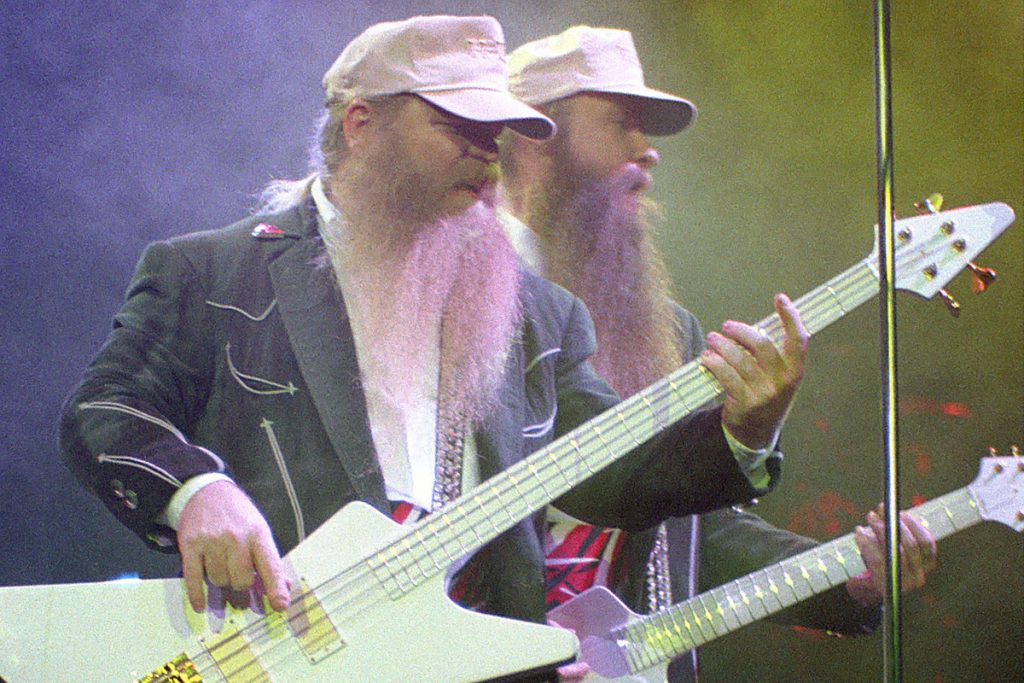 “I wouldn’t say that we defied Bill,” engineer Joe Hardy tells UCR. “We just went behind his back and did stuff. When I did Afterburner, we had all of the rhythm tracks and all of the bass tracks done in Houston on a Fairlight.”

Ham was apparently unaware of their work behind the scenes. “He never said, ‘Who did the drums, where did they come from? Where did you record them? Why wasn’t I there?'” Hardy remembers. “It was just very strange.”

Hardy came on board as an engineer following ZZ Top’s lengthy relationship with Terry Manning, who first worked with the group on 1973’s Tres Hombres. He says ZZ Top wanted to continue to update their approach, after selling millions with Eliminator in the early ’80s, That quickly put Hardy at odds with Ham, who reportedly styled himself after Elvis Presley‘s career-controlling manager.

Still, they were able to work around Ham, because Hardy says he had a basic ignorance about how things were evolving in the studio.

“Bill Ham’s idol was Tom Parker and so you can kind of deduce from that,” Hardy tells UCR. “Well, for example, I wasn’t allowed to talk to [ZZ Top frontman] Billy [Gibbons]. I would say, ‘Bill, Billy’s G string is sharp,’ and he’d go, ‘Boy, tune that G string. You’re sharp.’ I wasn’t actually allowed to talk to him. So, we would sneak back in at night and re-record stuff. Bill never knew anything about any of that. I mean, he didn’t know. One time, I was playing back a cassette of a demo. He went, ‘Hey, turn that guitar up.’ I went, ‘Well, Bill, it’s a cassette. I don’t have separate tracks.’ ‘Terry [Manning] could do it.’ So, I just turned it all up and he said, ‘There, see? You learn something every day.'”

Afterburner continued ZZ Top’s new multi-platinum streak, despite the fact that it wasn’t as critically well received. “They made a lot of money – and that’s one thing, when people criticize them about using machines or sequencers,” Hardy says. “They did a lot of great stuff before Eliminator, [but] Eliminator made them billionaires, so you can’t argue with the money – because people vote with their dollars, about what they like. They won big on that record.”

Through it all, Hamm apparently remained both authoritarian and oblivious. “You know, I don’t mind arrogance,” Hardy says. “If Paul McCartney‘s arrogant, I think that’s just fine. But it’s the combo of arrogance and ignorance that just makes you crazy.”

As a result, Hardy says he became fast friends with Gibbons.

“Well, Billy and I had somebody – I guess it was like being in Germany in 1938. You had somebody to root against, and so you sort of banded,” Hardy says. “Well, I guess it’s like America now. You know, everybody has somebody to root against – whichever side you’re on. We pretty much bonded over that. Terry had sided more with Bill, and I sided totally with Gibbons – because it was like, ‘He’s the guy who can play.'”