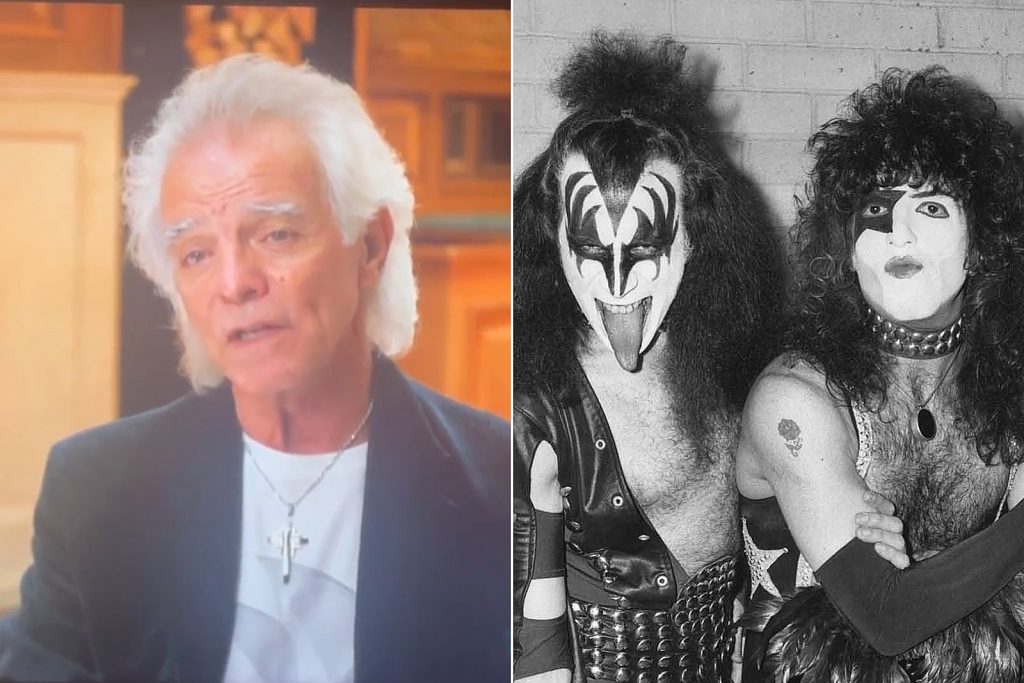 Tony Zarrella, who played with Gene Simmons and Paul Stanley in Wicked Lester, said he didn’t quit the band – as is frequently reported – and it was the future Kiss stars who left.

They’d completed an album in 1972 following two years’ work, but it was never released after Simmons and Stanley decided they weren’t happy and wanted to explore a different direction.

In a recent interview with Vinyl Writer Music, Zarella recalled how he’d been recruited for Wicked Lester by keyboardist Brooke Ostrander. “I remember it well,” he said of their first rehearsal together. “We played original tunes written by Paul and Gene, like ‘Firehouse’ and another called ‘Molly.’ I seem to recall that we also played some Jethro Tull tunes from the Aqualung album, like ‘Locomotive Breath,’ ‘Aqualung’ and ‘Cross-Eyed Mary.’”

His debut concert as a band member took place at the Rivoli Theater in South Fallsburg, N.Y. “This was our first show after the many months of rehearsals we had done in our Chinatown loft on Canal Street in NYC,” he said. “As the drummer, I learned how to excite the listeners by becoming more involved in the live show with my unique playing style and motivational force. The crowd was a small turnout since it was a small venue, but the show went very well. Our extensive dedicated rehearsals prepared us.”

Wicked Lester – originally known as Rainbow – spent night after night in Electric Lady Studios recording their album, and Zarrella said the entire band was involved in arranging and production. “Paul and Gene would come in with basic rough cassette recordings of the songs played on acoustic guitar,” he reported. “We would develop each song with new and improved bass lines, rhythm and lead guitars, all coordinated with my original drum parts. And my drumming was creative, with a unique style that I integrated into each song’s character. I felt that this worked perfectly. I wrote all the drum parts, complemented by Gene and Paul’s input, along with producer Ron Johnson and engineer Ralph Moss.”

He described the resulting record as “airy and light” and that “the creative struggles were minimal because there was mostly mutual agreement by all involved in the recording process.” But he added: “There were differences in that Gene and Paul preferred more of the hard rock edge, while I combined both hard rock and pop drum playing styles.”

Zarrella said there was an “optimistic and satisfied” feeling among the band members and it came as a surprise when Simmons and Stanley bowed out, leading to the album be shelved. “I did not leave Wicked Lester,” he stated. “I thought we planned to keep going. … I have some regrets about Paul and Gene’s decision to leave. I wish we could have continued. I am often asked if I was asked to join Kiss, and the answer is no; they never asked. But if they had asked, I would have pursued the same direction.”

Still, he expressed pride at his involvement with Kiss’ legacy, calling Wicked Lester the “beginning and foundation” of the bigger band. “I have connected with both [Simmons and Stanley] on Facebook and via email on a few random occasions [but] I haven’t spoken to Gene or Paul on the phone,” he said. “[We all] learned and gained tremendous experience from the start. I still apply many of those lessons to this day.”