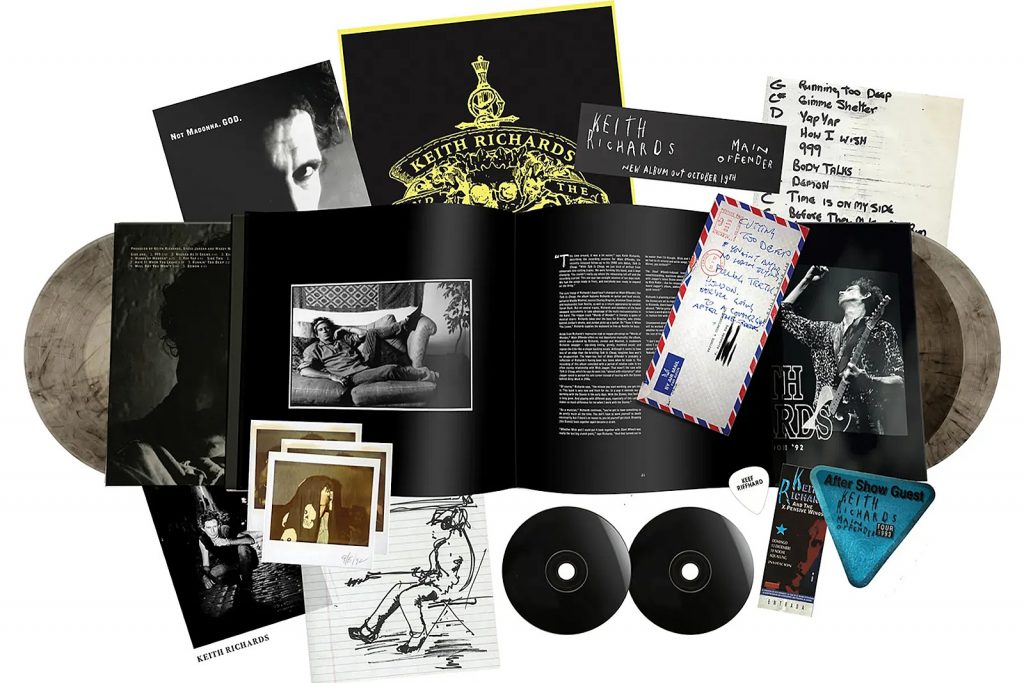 Keith Richards has released a 30th anniversary edition of his second solo album, Main Offender, and one lucky UCR reader will win a Deluxe Box Set.

Valued at $200, the set includes a newly remastered version of the original LP, along with Winos Live in London ’92, which features Richards and his backing band, the X-Pensive Winos, rocking through an array of classic tracks.

“This is the second time around, and the Winos are kind of developing — and if I can keep those guys together for as long as I can, it’s one of the best bands in the world,” Richards remarked, looking back on the album. “It’s a very intriguing band and the potential is only just starting to show itself. If I hadn’t have taken the Winos on the road, this record would probably have been totally different than it is.”

For your chance to win the Deluxe Box Set of the Main Offender, enter your name, email and phone number into the entry form at the top of this page. You will be added to UCR’s daily newsletter mailing list. The contest ends on April 3, 2022 at 11:59PM ET. Click here for our official contest rules, and good luck!