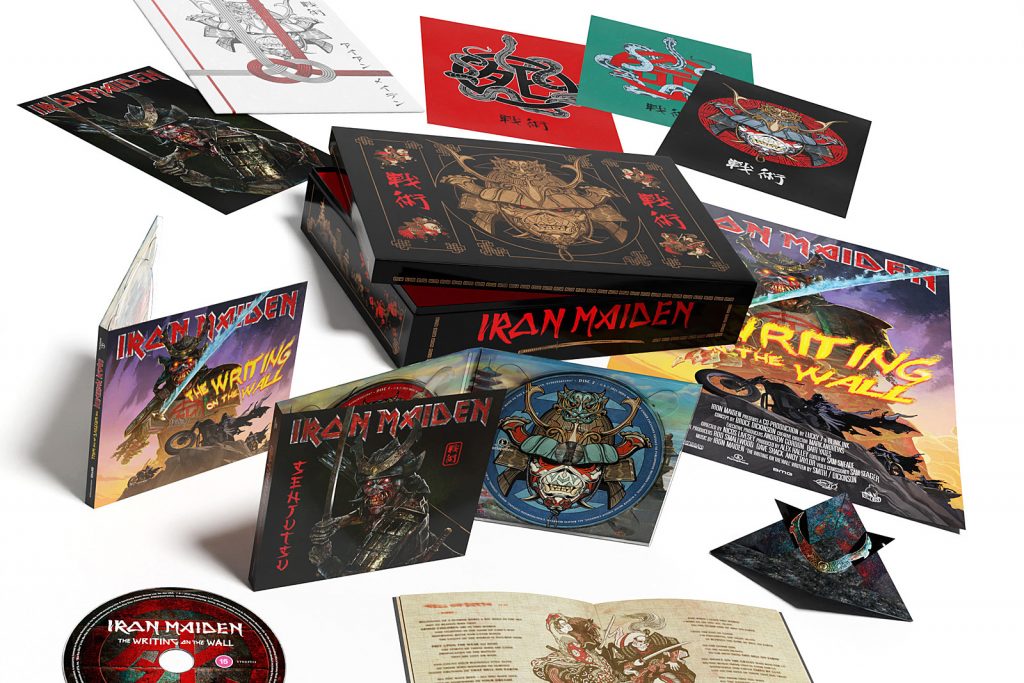 Iron Maiden‘s long-awaited Senjutsu has finally arrived, and one lucky UCR fan is going to win a Super Deluxe Box Set of the album.

This hard-to-find collector’s edition is valued at $125 and already sold out on the band’s website.

The set includes a double CD digipak edition of Senjutsu with a 28-page booklet, a Blu-ray copy of The Writing on the Wall documentary, a movie-style poster, three art cards, a 3D lenticular featuring band mascot Eddie and a printed origami sheet that lets you make your own version of the hat Eddie wears on the album cover, all packaged in a glossy-finished box.

The new Iron Maiden album arrives six years after the band’s previous effort, The Book of Souls. Like it’s acclaimed predecessor, Senjutsu finds the band exploring new territory and textures. “That they’re achieving this sort of consistency this deep into their career is worth something,” reads UCR’s review of Senjutsu. “That they’re still trying to top themselves, and nearly succeed at it, should be roundly applauded.”

For your chance to win the Super Deluxe Box Set edition of Senjutsu, enter your name, email and phone number into the entry form at the top of this page. You will be added to UCR’s daily newsletter mailing list. The contest ends on Oct.1, 2021, at 11:59PM ET. Click here for our official contest rules, and good luck!