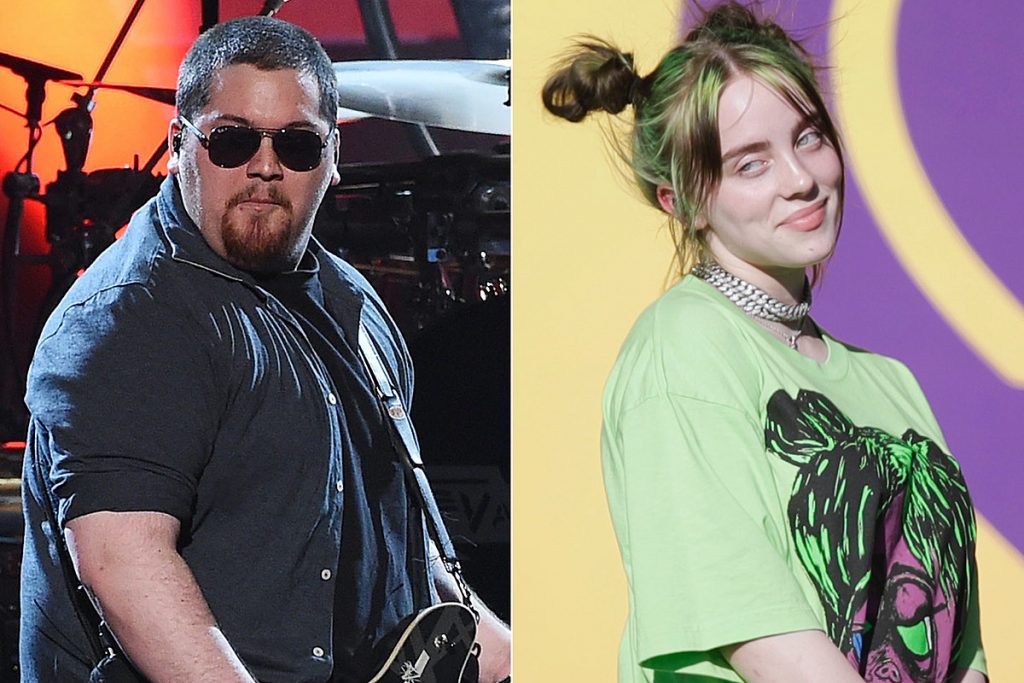 The chatter followed an appearance on Jimmy Kimmel Live!, where the 17-year-old admitted she’d never heard of Van Halen. “Who?” Eilish responded, puzzled, after Kimmel asked if she could name of the band’s songs.

During the playful interview, Eilish also didn’t recognize the names Huey Lewis or Run-DMC, though she answered affirmatively to Madonna and Cyndi Lauper. Watch below.

Naturally, after the segment aired, fans of both acts tweeted their feelings — from defenses of Eilish to attempts at peacemaking, to disbelief at the teenager’s lack of classic-rock knowledge.

Hilariously, while answering a question about pop competition earlier in the Kimmel interview, Eilish seemed to foreshadow the entire debate: “It’s weird,” she said. “It’s like the whole universe is trying to pit every artist against each other. It’s so weird.” Kimmel subsequently noted the obvious about his own generational taste: “If you asked me questions about 1943,” he said, “I probably wouldn’t know the answers either.”

It’s also worth noting that Van Halen guitarist Eddie Van Halen rarely listens to music at all — from any decade. In 2015, Wolf’s dad told Billboard that he hadn’t purchased an album since Peter Gabriel‘s So in 1986. “It’s an odd thing, but I’ve been this way my whole life,” Eddie said. “I couldn’t make a contemporary record if I wanted to, because I don’t know what contemporary music sounds like.”