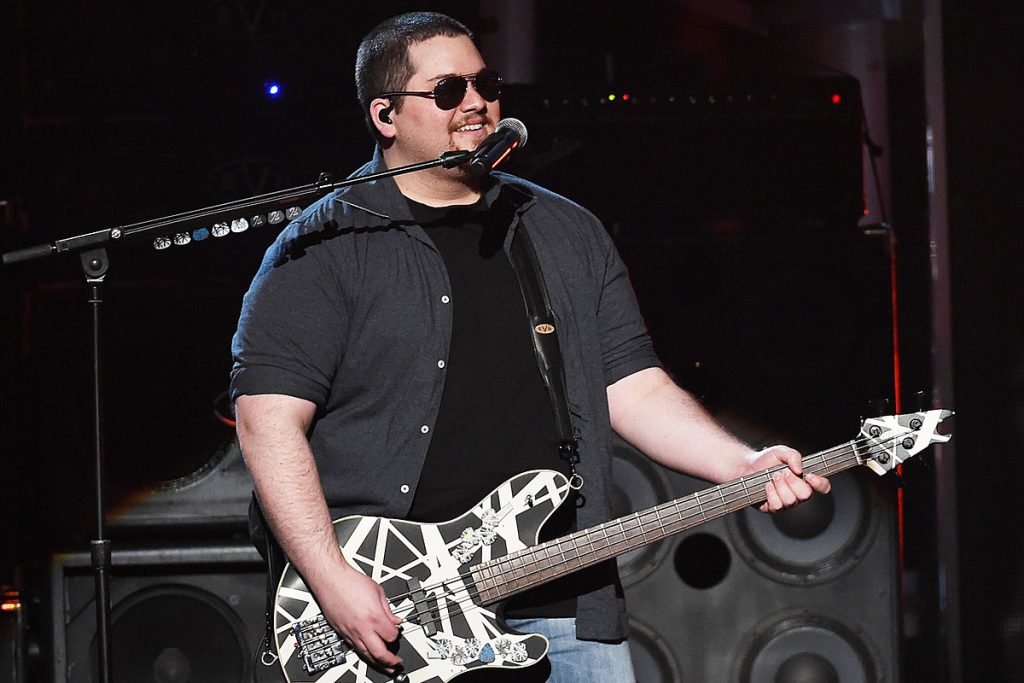 Wolfgang Van Halen has signed a deal to release his debut solo album.

According to Billboard, Van Halen is in the “final stages” of completing the record for Explorer1 Music Group with producer Michael “Elvis” Baskette. A release date has yet to be announced.

“It’s been a long time coming, and I can’t wait for everyone to hear what I’ve been working on,” said Van Halen, who will handle all vocal and instrumental duties on the as-yet-untitled album.

The 28-year-old son of Eddie Van Halen and actress Valerie Bertinelli joined his father and uncle Alex in Van Halen in 2007, replacing founding bassist Michael Anthony. He appeared with the band on 2012’s A Different Kind of Truth studio album and 2015’s Tokyo Dome Live in Concert.

He has also toured and recorded with guitarist Mark Tremonti (who was in Creed and Alter Bridge), and contributed a guitar solo to an album from Sevendust’s Clint Lowery.

Van Halen began teasing his solo album back in 2015, and has posted clips of himself working in his dad’s 5150 studio several times in the past few years.

“It’s like AC/DC meets Van Halen meets aggressive pop,” Eddie Van Halen said of the album back in April 2015. “The riffs are catchy. It’s a little of everything and sounds like a freight train coming at you. I’ve never heard anything quite like it. It’s so powerful that I’m jealous.”

As a band, Van Halen have been inactive since completing their summer 2015 tour. Singer David Lee Roth reported that the group was going to hit the road last summer, with Anthony invited to return in an unspecified capacity. But those plans never materialized, with reports indicating Eddie Van Halen was in the midst of an unspecified health battle. Roth has since returned to the road as a solo artist, first with a Las Vegas residency and currently as the opening act on Kiss‘ farewell tour.