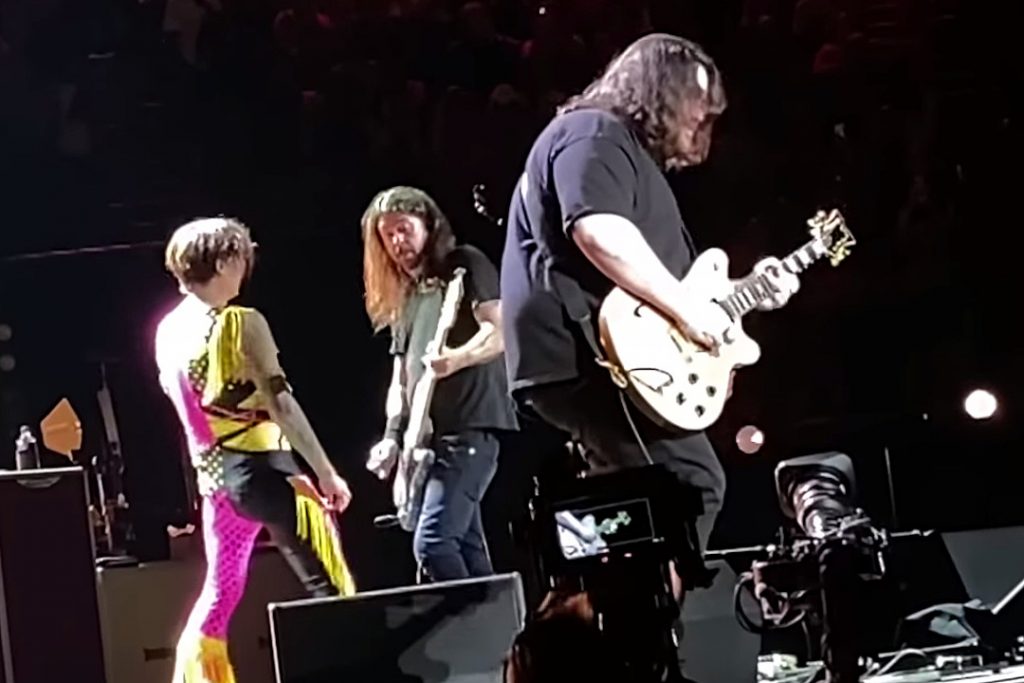 He delivered three Van Halen songs across the U.K. and U.S. concerts, but in a new interview with Guitar World, he recalled his reaction when Foo Fighters leader Dave Grohl suggested the idea.

“I didn’t even know if I could do it,” Van Halen said. “I had a lot of conversations with Dave. What a kind sweetheart of a man he is. … Initially, he was like, ‘What do you think? Would you be comfortable doing this?’ Initially, I didn’t wanna disappoint Dave Grohl. And I was like, ‘Sure.’”

The performances went ahead with Justin Hawkins singing, Grohl playing bass and Josh Freese on drums after a minimal number of rehearsals. “I was pretty sure Justin could do it, but then once we got there and he hit it, it was like, ‘Fuck, this is gonna be amazing,’” Van Halen said. “It was really exciting. It was really special, man. I’m superhappy and proud with how everything came to be.”

He reflected on the “backhanded compliment” from those who believed it didn’t take much rehearsal for him to play like Eddie. “I didn’t just put a CD in and upload it into my head!” he said. “I work very hard to be able to do what I can do.”