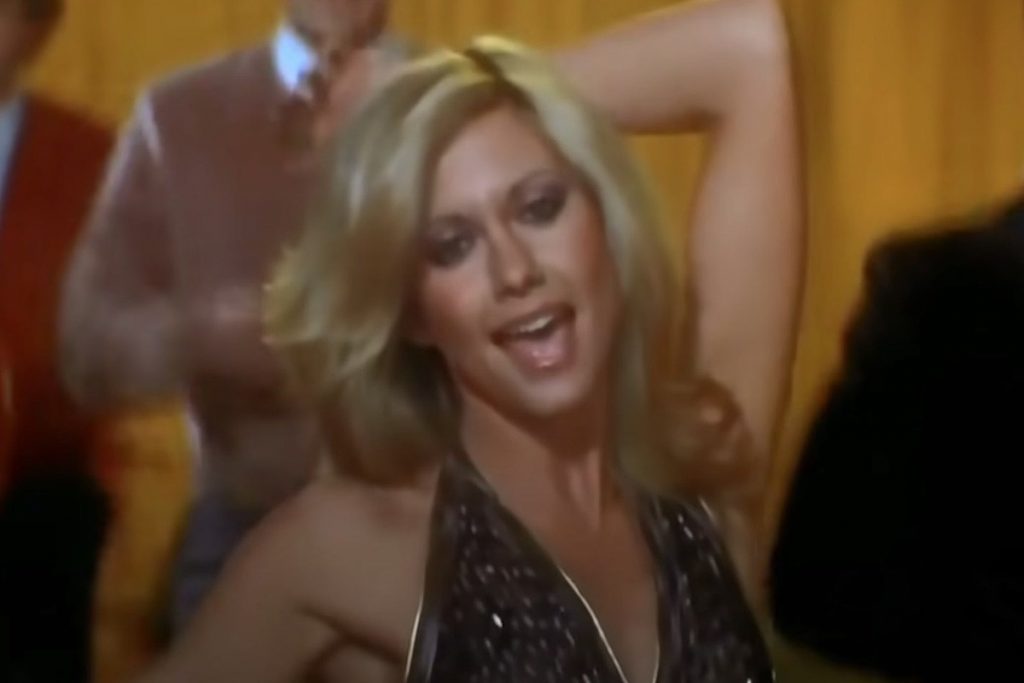 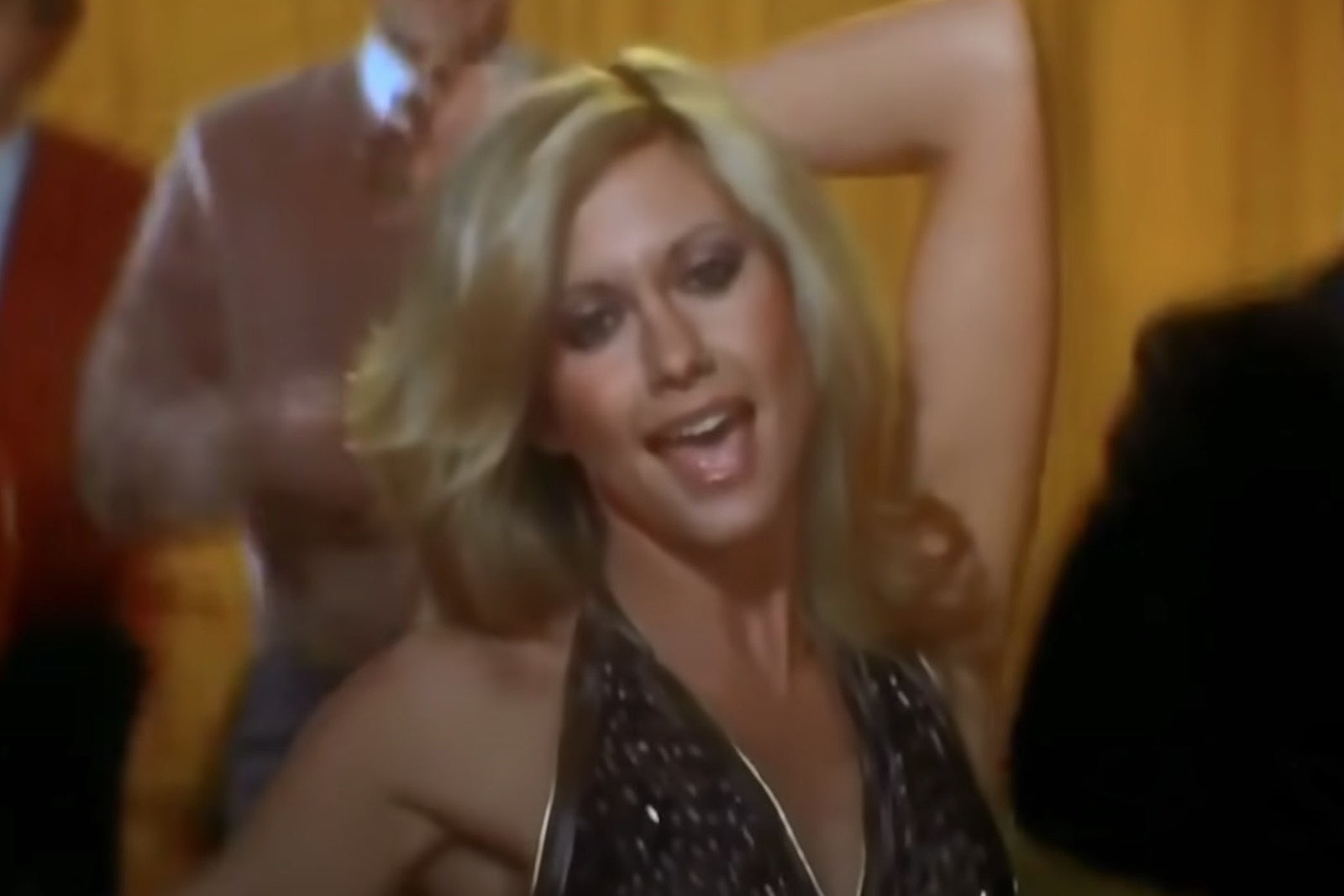 The soundtrack to Xanadu was a two-times platinum smash, featuring the Electric Light Orchestra‘s first and only U.K. chart-topper along with three Billboard Top 10 singles. It basically wrecked the band.

The problem wasn’t so much the music, which reflected a turn toward more compact, mainstream sound that began with 1979’s Discovery, as it was being associated with such a notable box-office flop.

Nothing about the movie worked, from its roller-disco setting (that would become passe by the time the movie arrived in theaters) to its flimsy script (something about the Nine Muses of Olympus coming back to life). There’s also a wasted final performance by a screen legend (Gene Kelly on skates!) and a terribly miscast director. Robert Greenwald was, and still is, better known for TV documentary work like The Burning Bed rather than the dippy, proto-New Age fluff associated with this film, which opened on Aug. 8, 1980.

Worst of all for Jeff Lynne was having to shoehorn his songs into the narrow limitations of a soundtrack, which must fit the director’s larger themes and then hit certain cues.

At first, he tried to put a positive spin on things. “I have to commit myself totally to whatever I record and say that’s it,” Lynne said back then. “It’s a very restricting thing, and it gives you a discipline. That’s an amazing thing, a marvelous thing.”

It soon became clear that the studio had no idea what to do with Electric Light Orchestra. All of their contributions end up feeling incidental – save for “I’m Alive,” which was paired with a mural of the muses coming to life.

Listen to ELO’s ‘All Over the World’

“Don’t Walk Away” was featured in a seemingly tacked-on dream sequence, while “All Over the World” soundtracks a scene where Kelly’s character can’t decide what to wear. “The Fall,” though obviously a breakup song, found the male lead entering the Venice Beach painting in pursuit of Newton-John’s Terpsichore. Her hit title-song collaboration with ELO was relegated to a desultory final scene dotted with bad camera angles, confusing choreography and an often uncomfortable-looking Newton-John.

“I have to admit, it is a terrible movie,” the soon-to-retire Kelly subsequently revealed in his autobiography. “But I must say it was fun working with Olivia. For that reason alone, I don’t regret the experience. It’s the last time you’ll see me dancing in a movie, so in that respect, I guess Xanadu occupies a special place in my career. But only in that respect, I hasten to add.”

Lynne was free because he’d decided to stay off the road in 1979, opening the door for Led Zeppelin to headline Knebworth in the U.K. His presence helped convince Newton-John, who was a huge draw after 1978’s Grease, to come on board for Xanadu.

“It did sound fresh, entertaining, and intriguing,” Newton-John wrote in her autobiography, Don’t Stop Believin.‘ “I also liked that Xanadu would take audiences into a mesmerizing fantasy world, and I appreciated that there was no violence in it. More than anything, I identified with the message about dreams coming true.”

The soundtrack offered a compact run-through of the ELO songs, which were all featured on Side Two. Newton-John’s hit “Magic,” and her duets “Suddenly” with Cliff Richard and “Dancin'” with the Tubes, opened the set.

Kenny Ortega, the film’s choreographer, had previously worked with the Tubes. “I felt the Tubes were the ultimate underground, happening rock ‘n’ roll band – ahead of their time,” Ortega said in the the documentary Going Back to Xanadu. Newton-John first garnered interest as a backup singer with Richard. “After Cliff had been so wonderful to me early in my career by introducing me to English audiences,” she wrote in Don’t Stop Believin,’ “I had the opportunity to return the favor, which was wonderful.”

Watch the Trailer for ‘Xanadu’

Even as it became clear that the film had broader issues, Lynne seemed to have emerged with his commercial fortunes in tact. “I’m Alive” went to No. 18 in the U.S., the title track reached No. 8 and “All Over the World” got to No. 13. But that was the pop chart; rock radio began to turn away from ELO for good.

In truth, the entire experience was marked by miscommunication and disappointment. At one point, Lynne had apparently been on board to create a score too. But Greenwald reportedly scrapped his work for a different set of songs by Barry De Vorzon.

Lynne also initially submitted soundtrack demos, which could be fleshed out later, but then production moved forward before the rest of ELO came on board to complete them. That created significant issues with the title track, drummer Bev Bevan told Martin Kinch in 1997.

“It was a really difficult song to record because Jeff had sent the demo of the song to the studio in Hollywood, and they had actually shot the dance sequence to the demo,” Bevan said. “So when we came to record it for real, we had to keep in time with the demo, and the demo was not in time, so it was a bit of a nightmare to actually record the thing. We were [at Musicland Studios] in Munich at the time doing it, and it became a very frustrating experience, making what should have taken a couple of hours took about three or four days, as I remember.”

In fact, “Don’t Walk Away” was added at the 11th hour – when the movie’s producers realized that they hadn’t yet found a place for it. Lynne’s deal apparently stipulated that if the film didn’t include all of his submitted songs, then they couldn’t use any of them.

Lynne revealed years later that he couldn’t even bear to watch Xanadu. “I wrote half the songs, though I’ve never seen the thing,” he told Rolling Stone. “I don’t suppose anybody else has either. It was supposed to be really bad. I don’t think I’ll ever see the movie after reading the reviews.”

Worse than that, Lynne became convinced that Xanadu contributed to ELO’s demise. When Time, the follow-up project featuring their Top Billboard 5 hit “Hold on Tight” went only gold, Lynne said he knew why.

“It’s because of that film,” he told the Inquirer. Rock-radio programmers were “saying, ‘We don’t want to touch them after that bloody film.’ It’s because the film is so bad, and it’s a failure and we’re associated with it.”

He eventually returned to the title song, re-recording it with a solo lead vocal for the 2000 box set Flashback. By then, Lynne had become well-known as an in-demand producer – something he did for the very first time with Newton-John on “Xanadu.”

“It was very strange, because I never produced anybody else but myself,” he told Billboard in 1980, “so it was a bit strange, sort of saying, ‘Can you try that bit again.’ But [Newton-John] was such a nice person that everything I suggested, she tried.”

Lynne would go on to produce or co-produce hit records for George Harrison, Tom Petty, Brian Wilson, Roy Orbison, Paul McCartney and Joe Walsh, among many others.