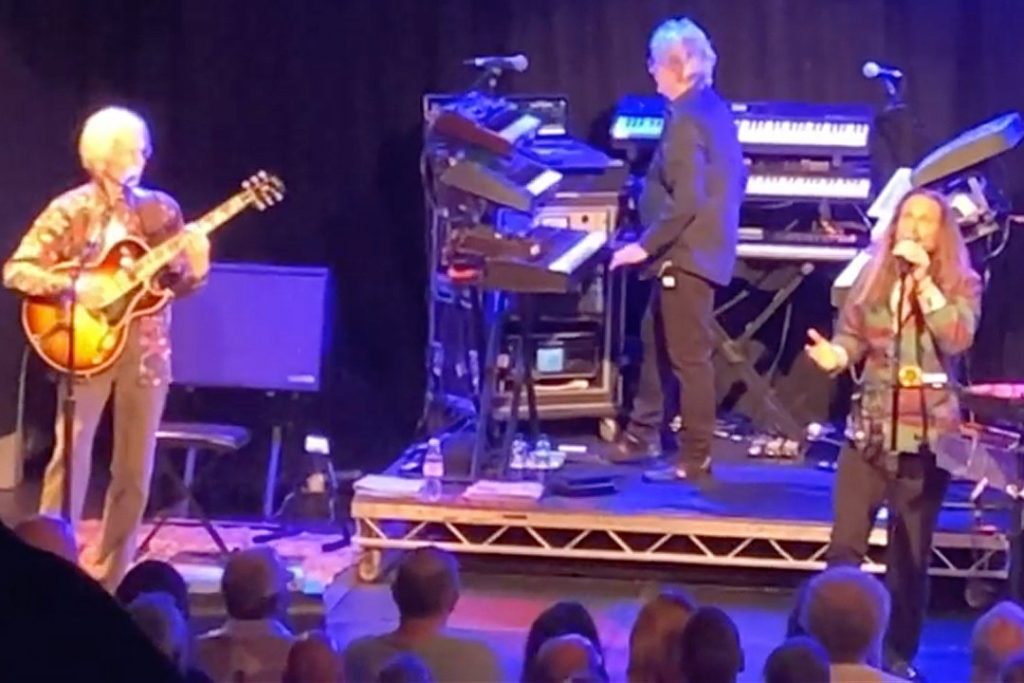 Yes played an intimate warm-up show last night in Tavistock, England, ahead of their Close to the Edge 50th anniversary tour. The gig, staged at the 400-capacity Tavistock Wharf, reportedly followed a week of production rehearsals at the venue.

According to Setlist.fm, the prog-rock band opened with “On the Silent Wings of Freedom,” a highlight from their divisive 1978 LP, Tormato. Six other tunes were pulled from their early repertoire: a cover of Richie Havens‘ “No Opportunity Necessary, No Experience Needed” (1970’s Time and a Word), “Heart of the Sunrise” (1971’s Fragile), “Yours Is No Disgrace” and the Steve Howe solo acoustic guitar piece “Clap” (1971’s The Yes Album), “Wonderous Stories” (1977’s Going for the One) and “Does It Really Happen?” (1980’s Drama).

Watch Yes Play a Snippet of ‘And You and I’

Between those classics were the live debuts of “The Ice Bridge” and “Dare to Know,” two tracks from their latest studio album, 2021’s The Quest. Following the first set, the band played all of 1972’s Close to the Edge (the epic title track, “And You and I” and “Siberian Khatru”) and returned for a two-song encore of 1971’s “Roundabout” and “Starship Trooper.”

Watch Yes Play a Snippet of ‘Close to the Edge’

Yes’ Close to the Edge tour will continue on June 15 in Glasgow and, as of this writing, conclude on Sept. 9 in Nagoya, Japan. Meanwhile, former singer Jon Anderson will celebrate the album with a 50th-anniversary tour, a North American run launching July 7 in Plymouth, N.H.

Watch Yes Play a Snippet of ‘Heart of the Sunrise’