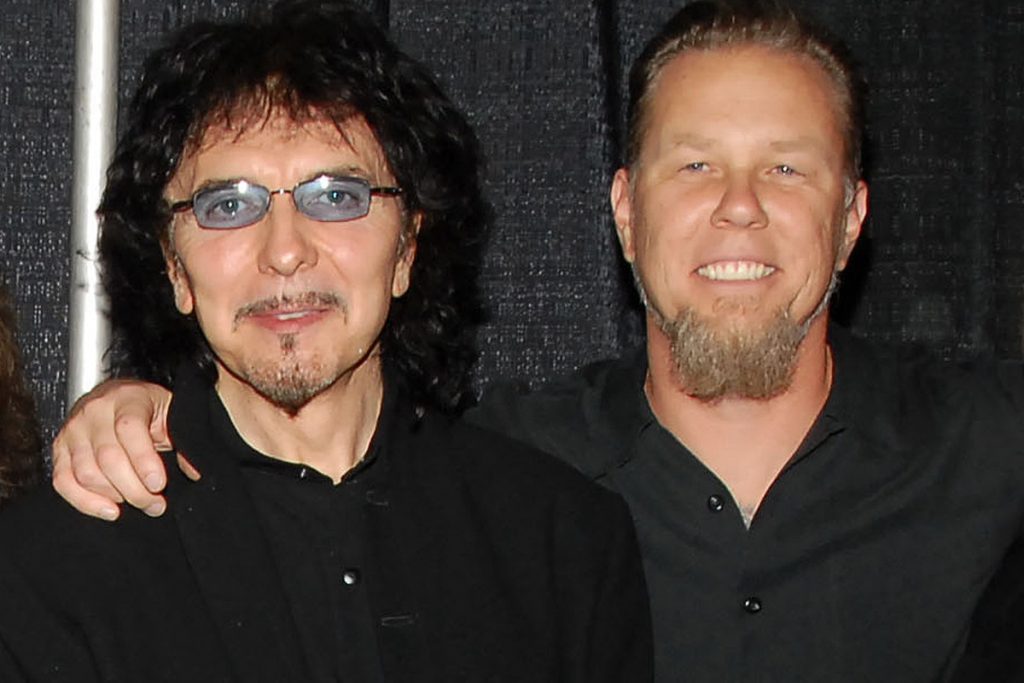 Tony Iommi sent a message of support to James Hetfield, wishing him well during his time in rehab.

The Metallica frontman entered a treatment establishment last week, leading the band to cancel its upcoming tour of Australia and New Zealand.

“My best out to James Hetfield,” Black Sabbath icon Iommi wrote in a Facebook post that featured a picture of the pair together. “You’ve done the right thing seeking help – I’m thinking of you, my friend, and wishing you all the very best on your recovery. Looking forward to seeing you back at your best very soon. Your pal, Tony.”

Another heavy metal frontman, Lamb of God’s Randy Blythe, revealed that Hetfield had played a significant role in helping him gain control of his alcoholism. “I got sober while we were on tour with Metallica almost nine years ago,” Blythe said (via Blabbermouth).

“The first day of that run, one of my crew guys came to me and said, ‘Hey, Hetfield’s looking for you.’ … James and crew babied me through my first month of sobriety out there on the road — it was a heavy trip. I couldn’t have done it without them.”

He added that he “hurt so bad” when he heard about Hetfield’s return to rehab. “James is in the right place right now, though, and as he has gone there of his own volition, it sounds like to me he wants sobriety back – and that is the key to it all: You have to want it,” Blythe noted. “So my thoughts and prayers are with him – I love that dude. He literally helped save my life.”