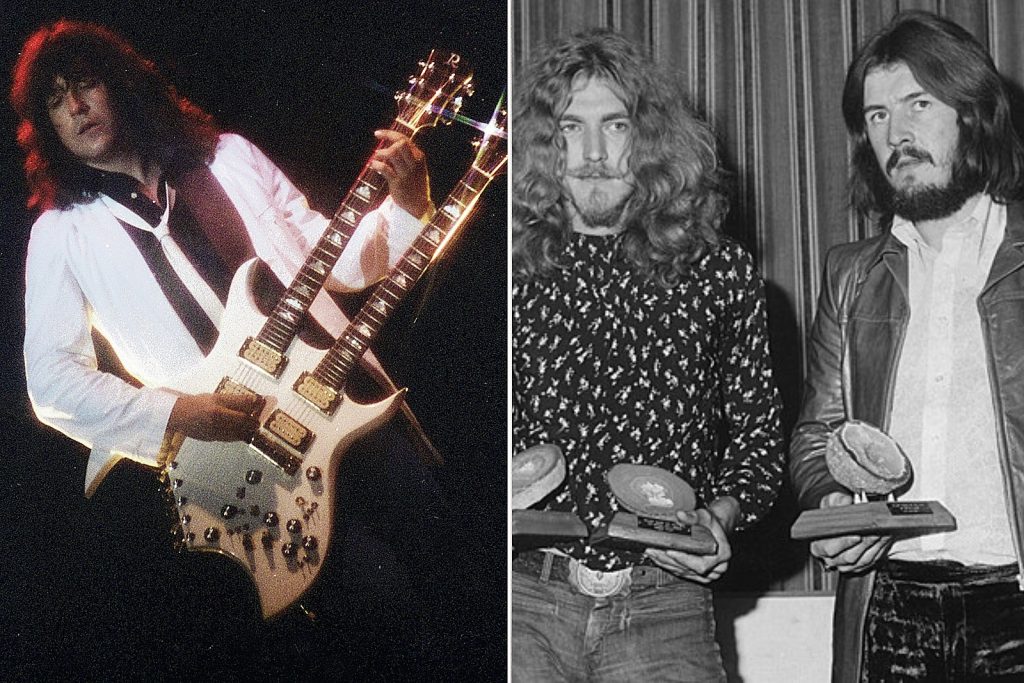 Zebra frontman Randy Jackson said the band never properly met Led Zeppelin, despite being signed to their label and having started out playing covers of the British group’s material.

But he recalled having close brushes with John Bonham and Robert Plant, although they didn’t amount to any hoped-for results.

“The only person in Led Zeppelin that ever saw Zebra live, believe it or not, as far as I know, was John Bonham,” Jackson told AL.com in a recent interview. “Their attorney brought him out to a Zebra show in Long Island. […] We were kids and our manager says, ‘Just don’t play any Led Zeppelin.’ Of course, we didn’t listen to that. We played some Zeppelin stuff, but we didn’t know when [Bonham] was there. So it could have been a mistake, probably was. You live and you learn.”

Jackson also recalled Zebra once sneaking into a Led Zeppelin party, after hiding in a side room for over 16 hours to avoid security measures. “And there we were in the Led Zeppelin party, which was just one of the craziest, craziest parties I’ve ever seen,” Jackson said. “I smoked a joint with Robert Plant in a small group of people. But that was as close as I got to meeting them. I never talked to them.”

That wasn’t his only near-connection with Plant. “And then years later, you know, after we got our deal with Atlantic, Robert Plant needed to get another guitarist, and my name came up,” he said. “[T]hey were flying me over to England, and I was going be the guitarist for Robert Plant. That’s like in 1989, 1990. And at the last minute, they decided to give their guitar player one more chance.”

As fate would have it, the exec who gave Zebra their record deal went on to sign Greta Van Fleet decades later, raising inevitable comparisons. “And he says to me, ‘I started off with a Zeppelin band and I ended up with a Zeppelin band,’” Jackson recalled. He reflected, “But listen, music really should be about what you enjoy, and not trying to belittle somebody else for whether they like something or not.” His advice for the younger band was “Keep doing what you’re doing.”