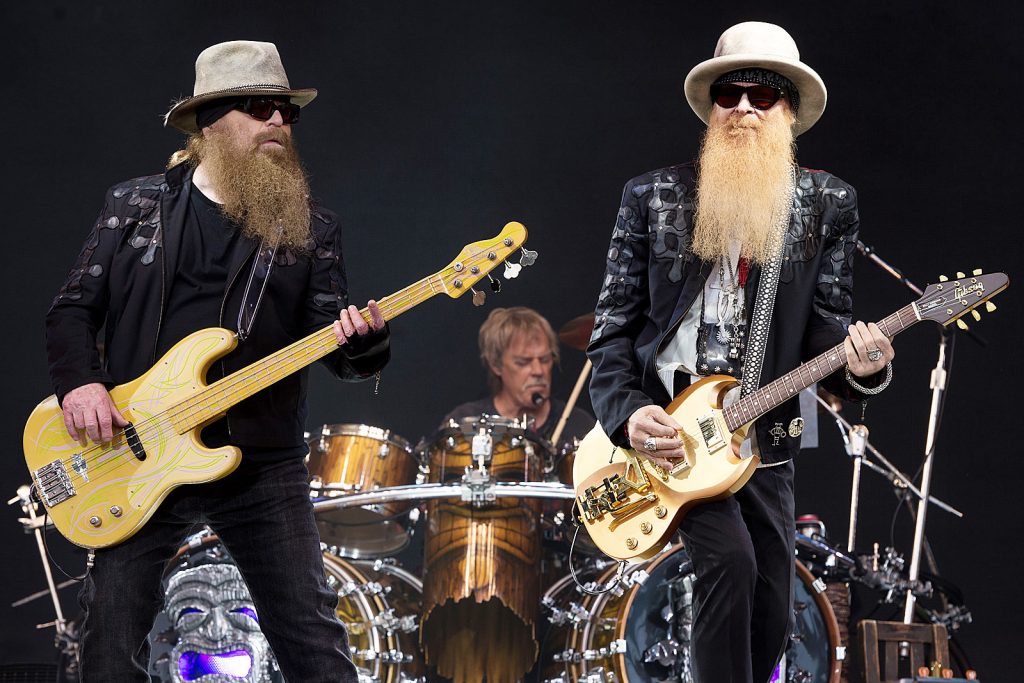 Hill recently stepped away from performing with the band, but they didn’t cite anything more serious than a “hip issue.” Longtime guitar tech Elwood Francis ended up filling in. At the time, ZZ Top said, “Per Dusty’s request, the show must go on!”

Their concert on July 23 in New Lenox, Ill., marked Billy Gibbons and Frank Beard‘s first without Hill in more than five decades. Hill once chalked up that longevity to a sense of common purpose.

“It’s a cliche and sounds so simplistic, but it’s down to the three of us genuinely enjoying playing together,” Hill said in 2014. “We still love it, and we still get a kick out of being onstage. We also have enough in common to maintain a bond between us but sufficient differences to keep our individuality. And after all this time, we all know what winds up the others and what makes them the people they are.”

Growing up in Texas, Hill’s first bands also featured Beard, along with Hill’s brother Rocky. They called themselves the Warlocks, American Blues and Cellar Dwellers. Each regularly crossed paths with the Moving Sidewalks, which featured Gibbons.

ZZ Top’s original bassist introduced Gibbons to Beard. Hill then joined his longtime bandmates for the first time in concert in February 1970 in Beaumont, Texas. They remained together through an initial burst of fame in the ’70s, a step up into superstardom in the ’80s and their subsequent induction into the Rock & Roll Hall of Fame, then on toward 50th-anniversary dates. They’d begun the new Celebration of ZZ Top tour on July 16 at Manchester, Iowa.

Hill’s death followed a number of other physical ailments, though he’d always bounced back. He dislocated a shoulder while walking onstage in 2016, fell inside the tour bus in 2014 and famously shot himself in the stomach in 1984.

His cause of death was not immediately revealed. Tickets for ZZ Top’s South Carolina show purchased through Live Nation and Ticketmaster will automatically be refunded; others will be made at the point of purchase, according to a news release from CCNB Amphitheatre at Heritage Park.